The Italian manufacturer sought inspiration from a masterpiece of art and science in the design of its electric large van, reports George Barrow. 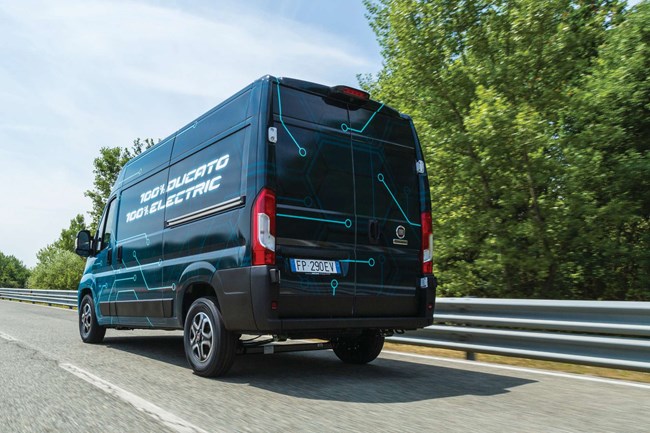 A 90kW motor will power the van

The unveiling of the new Ducato at a dealership within the Fiat heartland of Turin should have been all the indication needed to know that the Italians are very proud of their large van.

It’s been 38 years since the launch of the first Ducato, but this latest iteration is, perhaps tellingly, a transformative one. The diesel engines have been updated, and the interior and exterior given a gentle going over. It’s not the most revolutionary of changes, but waiting in the wings at the same event was an all-new concept for the big Ducato: a battery-powered version said, or at least scheduled, to have the largest range of any large electric van.

Among the flashing lights and pizzazz of the unveiling, the theme for the Ducato event was ‘Genius At Work’, aligning the Ducato with sketches from Italian master Leonardo da Vinci through a Vitruvian Man-esque rendering of the new model. Whether or not the Ducato is a model of mathematical excellence and perfect proportion is open for debate, but Fiat at least believes its van is pretty perfect. 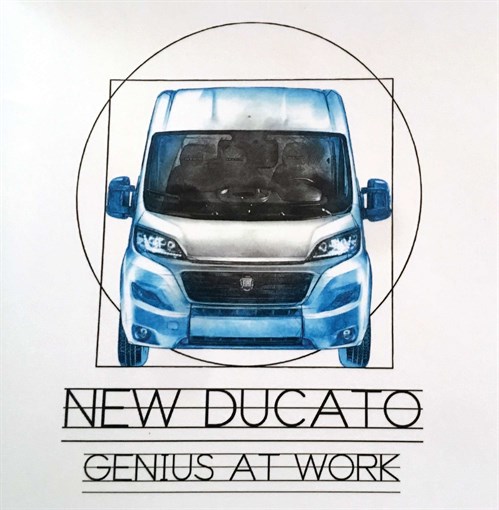 “Naturally, the Ducato has found the formula for eternal youth and reinvented itself without losing touch with the original concept,” Stephane Gigou, Fiat Professional head of brand for Europe claims, adding that it is “a concept that was revolutionary when it was presented and now has become mainstream”.

And mainstream it certainly is. The Ducato has been leading the European large van segment for five years in a row, and in the sector up to 4.0 tonnes, one in every five vehicles sold is a Ducato. It is also the best-selling large van in 12 countries and can claim to be the second best-seller in a further six, including the fiercely loyal markets of France and Germany (where it trails the Renault Master and Mercedes-Benz Sprinter).

Last year was Fiat Professional’s best in Europe for a decade – it achieved the highest volumes across the range, and record highs in mid-sized segment volumes. This, Fiat says, all happened while maintaining and growing the Ducato’s market leadership, and it predicts sales will increase substantially from the current annual registrations of around 2.2 million units.

“We see a lot of optimism in the market – after the drop of 10 years ago sales have been constantly growing, with the exception of 2012. This year and in the years to come we foresee the LCV market to have 3.7 million sales by 2030,” says Gigou.

It is, of course, our own buying habits that are dictating this massive surge in LCVs, and where it was once a generalisation to see home delivery and e-commerce as the driving force behind growing sales the trend has become irreversible.