Vans are taking centre stage in the Blue Oval’s vision of a plugged in future, reports International Van of the Year judge George Barrow. 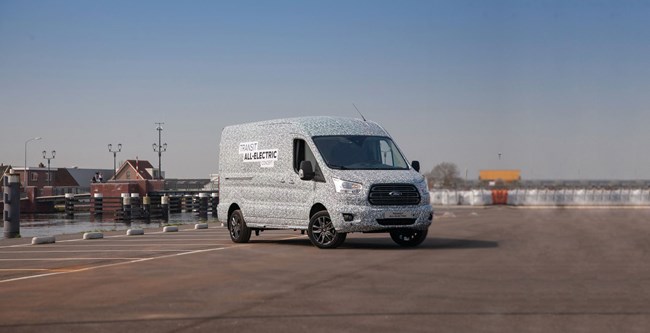 In previous years Ford has used the event to showcase its latest and greatest passenger car models, with the occasional and almost embarrassed inclusion of the odd LCV.

This year the message was different and commercial vehicles were front-and-centre in their ambitious 16-vehicle electrification strategy announcement. Steven Armstrong, Ford of Europe chairman, describes it as “change on an unprecedented scale” with eight new electrified vehicles set to be on the road by the end of the year, including hybrids of family favourites like the Fiesta, Focus and Mondeo.

But, vans have not been forgotten and following on from successful trials of 20 Transit Custom plug-in hybrids (PHEV) in London covering more than a combined 180,000km there will now be a plug-in version of the people mover, the  Tourneo Custom.

The really big news, though, is an all-electric Ford Transit (main picture), a full battery electric vehicle (BEV) that will arrive not this year like the others above, but by 2021.

As you’d expect from a Transit van, it will be available in multiple body styles, lengths and heights, but will not, according to the manufacturer, suffer any losses in payload due to its electrification. Ford has already gathered a great deal of knowledge in the electric-LCV arena thanks to the Street Scooter Work XL conversions, which are carried out on Transit chassis in Cologne and used by parcel delivery giant DHL for urban deliveries.

The real-deal all-electric Transit might still be some way off, but other mild-hybrid (MHEV) options will arrive much sooner on Transit Courier, Transit Connect, Transit Custom and the big Transit itself. Also announced at Go Further was the company’s first mild-hybrid on a diesel powertrain – the EcoBlue Hybrid. Like the other MHEVs due to be launched that use a range of small petrol engines, the EcoBlue Hybrid will look to recover energy otherwise lost in braking to charge a battery which, to simplify things, is used to power ancillary devices and keep the alternator at its peak.

It’s a mid-point between conventional combustion and a full hybrid like the PHEVs but a step that is said to increase fuel economy in the Transit by 3% as a minimum but by as much as 8% for urban usage.

Armstrong describes it as “an attainable electric option for every Ford nameplate” while Ford general manager of commercial vehicles, Hans Schep, believes the new drivelines will succeed in opening up fleets to an even wider range of possibilities.

“The really interesting thing is there are so many changes coming, so many new opportunities to tailor them to use cases,” he says.

Using the example of DHL’s Street Scooter, the Transit based EV, Schep says Ford has learnt about the customer most likely to need to use electric vehicles.

“Street Scooter is very similar to how all home delivery works. We are using that Street Scooter knowledge for the last mile and definitely have learnt from that. We need to make sure we don’t lose that because if you build a battery electric vehicle for everyone it is not going to be a solution for many.”

While the electrification of the Ford product range is a huge step forwards for the company, Schep knows that customers are not going to switch overnight to the technology and the company does not expect to end the use of the combustion engine as a result. Instead the functionality of the new Transit BEV will be explained to customers and use-cases assessed to see if they really can fit into the current working life of their vehicles.

Schep says: “Commercial vehicles will have several propulsion options living alongside each other for a long time.

“Some will require diesel options, some will be able to switch to hybrid or battery-powered vehicles.

“There still are many fleets who must focus on their next vehicle and we will talk to them through Transit Centres and make sure they buy the right propulsion.”

With 950 Transit Centres across Europe and 111 in the UK alone, Ford will have its work cut out not only in explaining that message to its customers but also across the retail network.
The use cases for mild-hybrid, plug-in hybrid and battery vehicles will differ between countries, regions and even cities.

And while Schep says his customers want their electric vans to have a clear purpose – “The customer wants two things:  generous range in all weathers, plus no compromise in getting the job done” – he appreciates that keeping ahead of the changes will be tough for them.

“Regulations are very changeable,” he observes.

“We want to take that anxiety away. We need to make sure our customers’ businesses move.” 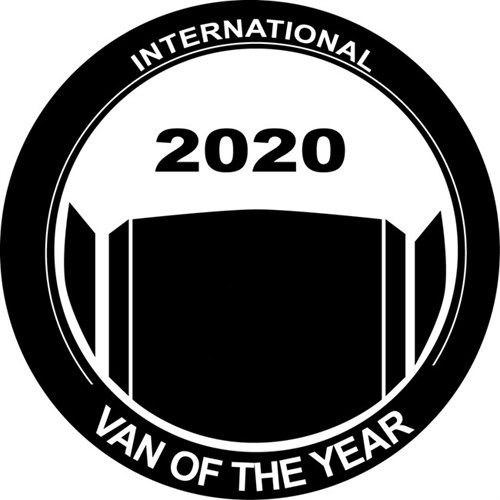