It’s down to the shortlist, but which truck will triumph? George Barrow assesses the contenders for the International Pick-Up of the Year crown. 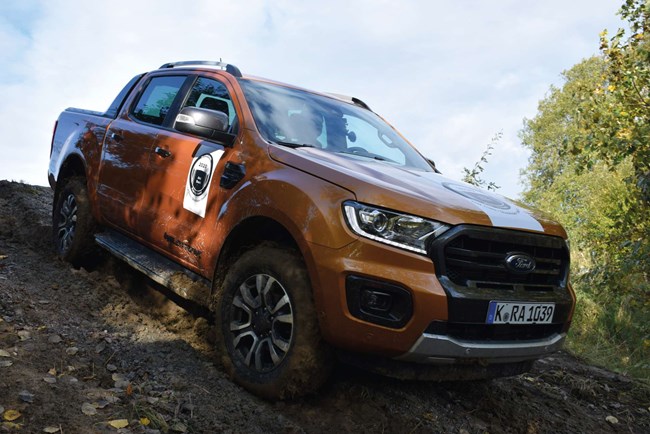 The Ranger arguably led the renaissance in luxurious pick-up trucks

The UK is the biggest market in Europe for pick-up trucks and by quite a distance.

More than 50,000 were registered last year with the Ford Ranger comfortably leading the pack. The popularity of pick-up trucks also shows no sign of abating with new models being launched and updated, making the International Pick-Up Award (IPUA) 2020 an important part of the calendar.

The biennial award has previously recognised the Ford Ranger, Nissan Navara and the previous winner the Volkswagen Amarok V6 as the best pick-up trucks on the open market. Now the 2019 test sees revised models from Ford, Nissan, Renault, Mitsubishi and Toyota all vying for the crown over a gruelling two days of testing on- and off-road.

There’s a huge amount of expectation placed on the Ford Ranger as arguably the vehicle responsible for leading the new renaissance in luxurious, aggressive pick-up trucks that have seen their numbers swell over the past decade.

Relaunched in 2011 and facelifted in 2016, there’s now a third generation of vehicle with a downsized engine producing more power. The 2.2-litre has been replaced – for the time being the 3.2-litre five-cylinder will remain – in the main by a 2.0-litre, four-cylinder Ecoblue unit that is already used in the Transit Custom and large Transit van.

There’s also a new 10-speed automatic as well as the standard six-speed manual. Technology has taken another significant step forward with autonomous emergency braking with pedestrian detection, and the exterior has been redesigned to make it even more macho.

The big change is, of course, that engine, which is a twin-turbo 2.0-litre now producing 213hp and 500Nm of torque – an increase of 30Nm. Other changes for the Wildtrak version include new LED headlights as well as an ebony black interior, which is more modern.

There’s also the option of a 10-speed auto on the top power output, which is the gearbox of choice for the stunningly engineered Ranger Raptor.

Other features across the new Ranger include an EasyLift tailgate that apparently requires 70% less effort to close – it really does make a huge difference. Dampers have been retuned, and the anti-roll bar and suspension mounts have been relocated, which all adds up to a slightly better, less jittery ride.

It’s also a much more sophisticated vehicle to cover long miles in thanks to a more refined engine and an engine cover that has been stuffed with noise-absorbing foam to reduce penetration into the cabin. It’s a pretty comprehensive reworking even if the results on the inside and out haven’t led to a massively different appearance. Nevertheless, the Ranger feels more grown-up, more sophisticated and every bit a class-leader in comfort, style and now refinement. Off-road, the only limiting factor is its large proportions – over a mixed terrain of banks, hills, ruts, gravel, mud and asphalt it dealt with them all without any fuss.

Its hill-descent control, though noisy when activating the brakes, quickly and capably slows the vehicle on a descent and is one of a number of reassuring safety blankets. The Ranger is the newest vehicle in contention for the award, but it is also the best all-rounder and the one most tailored to the demands of UK buyers. It’s an intelligent upgrade to the already immensely successful 2016 Ranger and this will ensure it stays as the UK pick-up of choice for years to come. 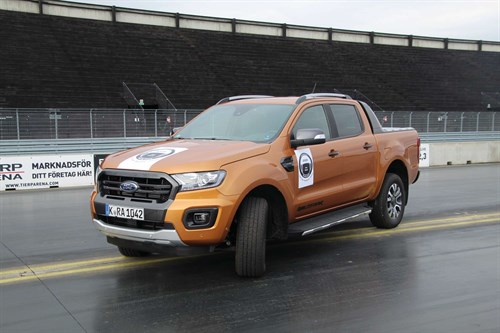