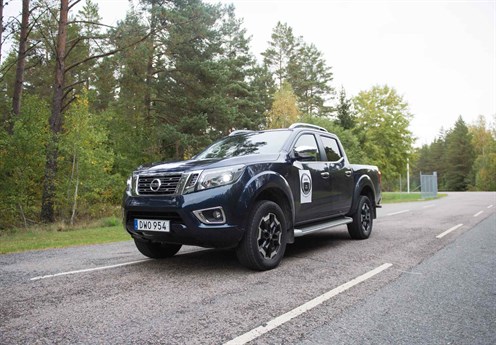 The latest Navara includes revisions to the rear suspension set-up

Nissan Navara (best for the road)

(Continued from page 2) By its own account, Nissan advanced the sector in 2015 when it launched its latest version of the Nissan Navara, and to its credit that year the brand won the International Pick-Up Award.

The new Navara, which is also sold as the Renault Alaskan in continental Europe, was and still is a very significant vehicle in the pick-up world, but despite the addition of a coil-sprung rear suspension to the otherwise work-focused Navara, no other manufacturers followed suit. The Navara, and its off-shoots, the Renault Alaskan and Mercedes-Benz X-Class, are alone in offering a ‘passenger car’ rear suspension, but that doesn’t make it the wrong decision.

This latest update includes revisions to that rear suspension set-up with dual-stage five-link coils that see the rear suspension height increase by 25mm. It also has an increased payload of 1,100kg as well as larger front brakes (now 320mm, up from 296mm) and rear disk brakes rather than drum. The engine remains the same 2.3-litre but the compression ratio has been reduced and there is now only a twin-turbo.

Other changes include steel and diamond-like carbon coated pistons rather than aluminium as well as increased injection pressure. It’s a techy update to a vehicle that is still at the forefront of the sector for its performance, comfort and abilities. Nissan says the pick-up sector should be more than just tough, which is why the king-cab version now comes with a coil-spring rear suspension, but more importantly for the Navara as a whole this latest update now includes an 8in touchscreen (up from 7in) that enables Apple CarPlay and Android Auto.

This keeps it on level terms with the Ranger and the L200 and helps reinforce that premium feel that begins with the best-in-class ride comfort – thanks to the suspension. There’s also a new manual six-speed gearbox that feels more attached to the driveline as a whole, and while the seven-speed auto remains it has been adapted to better match it to the throttle and engine. There’s no doubting the Navara is the best-riding vehicle in the sector when it comes to on-road performance, but it also manages to translate that ability into the off-road world where there is no noticeable loss of abilities.

Rather than the mechanical elements being the vehicle’s greatest weakness it is its technical application of some of the features like hill-descent control that show it is no longer the spring chicken it once was. Despite not being the definitive test for an off-roader each of the vehicle’s own abilities to deal with a steep incline proved to be an obvious and interesting differentiator between them, and the Navara felt the least comfortable tackling the obstacle. Despite that, on soft ground as well as bumpy surfaces, it effortlessly glided about. T

he new updates improve upon an already solid foundation with its new Euro6d-compliant engine in either 163hp or 188hp power ratings still proving to be a strong and economical match with a claimed 6.5% improvement in fuel consumption for manual vehicles and 3% improvement for those with auto gearboxes. Like its new intelligent trailer sway system, the upgrade is an intelligent evolution of an already impressive vehicle. 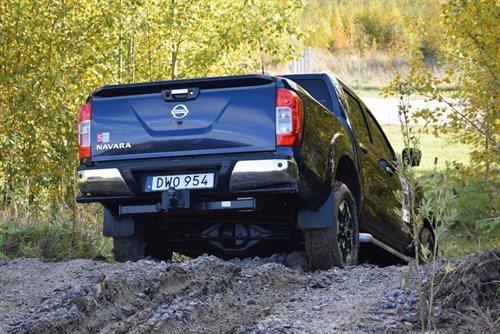