LCV SALES: When the going gets tough, Ford keeps going

The market leader’s strong performance propped up the sector in terms of sales last year, but other brands struggled to keep pace. James Dallas studies the numbers. 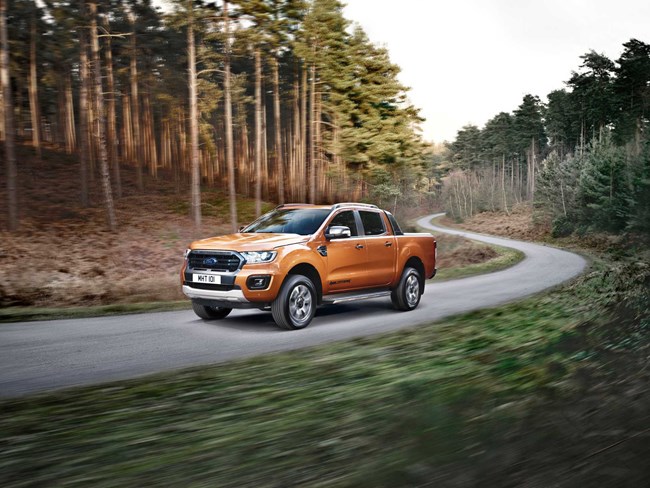 The UK's biggest-selling pick-up the Ford ranger, gets a facelift this year

The new light commercial vehicle market held steady for much of last year despite the difficult political and economic backdrop presented by the lack of progress in the Brexit negotiations.

Overall, 357,325 LCVs were sold during 2018, according to the Society of Motor Manufacturers and Traders (SMMT), a slight dip of 1.3% compared to the previous year.

More worrying was the 8.8% year-on-year fall in December, which was perhaps an indication that the ongoing economic uncertainty is finally beginning to take its toll.

The SMMT has become increasingly vocal in its condemnation of the UK government’s negotiating strategy with its biggest trading partner, the European Union (EU), and has repeatedly warned against the “catastrophic” dangers to the UK automotive industry of leaving the EU without a trading arrangement in place.

SMMT boss Mike Hawes says: “All sides in Parliament must work together to find a way forward and put the necessary mechanisms in place to prevent this (no deal) happening and explore alternatives that protect our future.”

He goes on to issue this stark warning: “Leaving the EU…without a deal and without a transition period to cushion the blow would put this sector and jobs at immediate risk. ‘No deal’ must be avoided at all costs. Business needs certainty so we now need politicians to do everything to prevent irreversible damage to this vital sector.”

A closer examination of the 2018 market reveals significant differences between sectors.

The strongest-performing segments were pick-ups, up 4.3% with 53,613 registered (an imminent facelift to the Ford Ranger will provide a further boost), and four-wheel drives, up 303.4%, although the latter make up a tiny fraction of the market with just 1,795 registrations for the full-year.

Ford continued to dominate the market in 2018, shifting 126,072 LCVs overall, almost three times as many as second-placed Volkswagen on 42,164. Both brands recorded rises compared to the previous year – Ford with a healthy increase of more than 8,000 sales and VW a more modest 690 units.

Next up was Peugeot on 33,312, just ahead of Mercedes on 32,255. Both brands’ totals were behind last year but were likely influenced by product cycles.

Vauxhall completed the top five with 28,242 units sold, and the brand will be confident of rising up the table once more after losing ground in recent years (it used to be the regular number two after Ford) by tapping into its strong heritage as a UK-based manufacturer, albeit now as part of the PSA Group.

The good reception received by the new Combo should be built upon by the forthcoming next-generation, Luton-built Vivaro to confirm the feeling the brand is on its way back.

Citroen, Renault, Nissan, Mitsubishi and Toyota made up the rest of the top 10, but of these, only Toyota posted an increase, of just 230 units. Renault, with a line-up that is now looking a bit long in the tooth, saw the biggest fall – down by more than 4,000 on 2017.

Fiat Professional dropped behind Mitsubishi and Toyota to finish in 11th position.
Isuzu Trucks exited the top 20 but Land Rover, which retails a commercial version of its Discovery, made a return at number 15.

The Ford Transit Custom remained untouchable as the UK’s most popular light commercial vehicle, increasing sales by almost 3,000 to 54,806, to once again outsell the complete range of any other manufacturer. Its big brother the Transit again came in second, with a hike in registrations of more than 5,000 units, but Mercedes’ Sprinter (21,278) was ousted from the top three by the Volkswagen Transporter (21,763).

The Vauxhall Vivaro returned to the top five at the expense of Ford’s Transit Connect, but the old Combo, based on Fiat Professional’s Doblo Cargo, fell out of the top 25.

Expect the new PSA-built version, which is now on sale, to feature in the 2019 chart.