From alternative-fuelled vehicles to on-demand services, Steve Banner examines what’s happening in the world of minibuses. 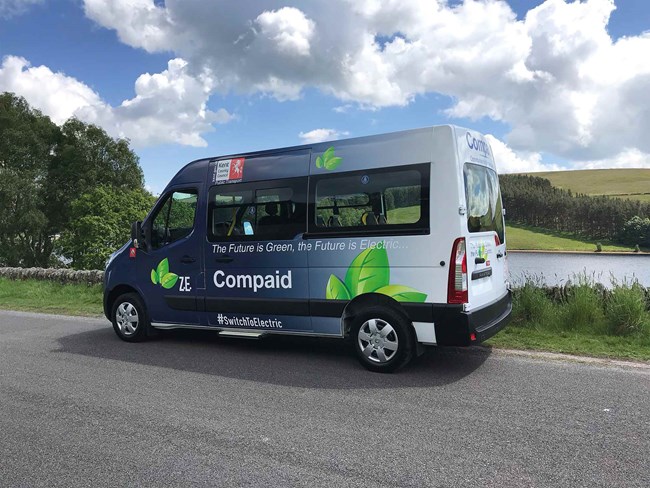 Like van owners, minibus operators are having to think about cutting exhaust emissions or eliminating them entirely.

Among organisations leading this development are Kent County Council, with a nine-passenger electric Master Z.E. L2H2 sourced through Renault Trucks. It’s the first battery-powered Master the manufacturer has supplied to a British customer.

Transformed into a wheelchair-accessible passenger carrier in the UK by Renault Trucks-approved converter Minibus Options, it is being operated by Kent-based charity Compaid, which provides services to people with disabilities in the South-East. The council has close links with the charity, and the battery-powered minibus is the first vehicle of its type it has deployed.

The newcomer is being used to transport vulnerable people and people with disabilities from Tunbridge Wells and surrounding areas to Compaid’s training centre in Paddock Wood to learn computer skills. It is also being employed to take them to medical appointments and on shopping trips.

“It’s fantastic we’ve been able to secure this partnership with Renault Trucks so that we can trial an accessible electric minibus,” says Kent County Council cabinet member for transport, Mike Whiting. “We’ve been developing an EVs action plan and the trial will help us prove their viability.”

The Master Z.E.’s 57kW electric motor is powered by a 33kWh lithium-ion battery pack mounted under the floor. It offers a range of approximately 100 miles between recharges, says Minibus Options. The recharge time is around six hours. The seats can be demounted to allow the passenger saloon to be laid out in different ways to meet daily operational requirements. It can be set up to accommodate three seated passengers and up to two wheelchair users, for example, and both the wheelchairs and their occupants can be properly secured.

A fold-down ramp mounted just inside the back doors provides wheelchair access and a floor-mounted winch powered by its own rechargeable battery is fitted to make it easier to pull wheelchairs and the people in them aboard. Using a separate battery means that Master Z.E.’s traction battery is not drained.

“We pick up and drop off in residential areas, so reducing noise pollution in local streets is important,” he observes. “Furthermore, the low noise level is equally valued by the Master Z.E.’s passengers, who see the journey as an integral part of their experience, giving them an opportunity to chat with friends.

“A quiet vehicle is a real asset if you’re having a conversation because you’re not trying to talk over the noise of an engine,” he adds.

Aftersales support is being provided by Renault Trucks Essex in Thurrock, with work scheduled outside normal working hours to maximise uptime.

The Master Z.E. has few direct competitors in the minibus market, but it does not have the sector entirely to itself. At the CV Show earlier this year Mellor Coachcraft was exhibiting the latest version of its battery-powered low-floor 16-passenger Orion E. Using a front end borrowed from Fiat Professional’s Ducato, it comes with a new electric motor producing peak torque of 5,000Nm, which has significantly improved its hill-climbing ability, says Mellor.

Range between battery recharges is up to 120 miles, the company continues, adding that it remains much the same in all weather conditions. Heavy rain and a howling gale can reduce the range of battery vehicles significantly, as can freezing winter temperatures. It takes 4.25 hours to charge up the Orion E’s battery pack, contends Mellor, falling to 2.25 hours if you plug it into a rapid charger. 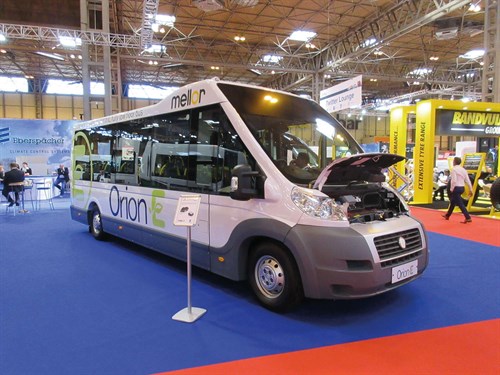