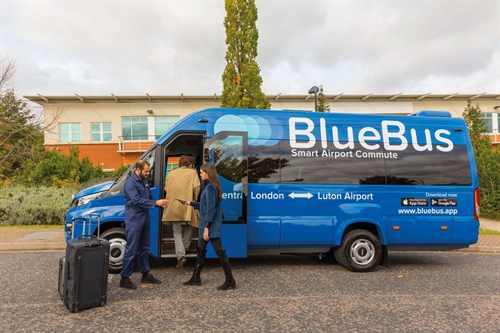 (Continuted from previous page) East Yorkshire’s Holderness Area Rural Transport (HART) has recently taken delivery of an Orion E as part of a joint-venture with gas and electricity giant E.On and Leader, a rural development programme for England jointly funded by the UK government and the European Union.

“It is running on country routes where the infrastructure for EVs is not as advanced as it is in urban areas,” says HART manager Caroline Wegrzyn.

Iveco has been building an electric version of the Daily minibus for the past 10 years, and the latest model unveiled earlier this year is also produced with battery power.

It boasts a range of either just over 60 or around 100 miles, with either two or three sodium-nickel chloride batteries combined with ultracapacitors that can deliver quick bursts of power. The batteries can be recharged in a couple of hours if you use a rapid charger, says Iveco.

The new Daily minibus can be run on compressed natural gas (CNG) instead, a capability it shares with its predecessor. Believed to be the first CNG minibuses to go into service in the UK, three examples of the previous gas Daily joined Luton-based Blue Bus Innovations last year. They are used to provide a shuttle service from Luton Airport to various pick-up and drop-off points in central London, and back again, between 7am and 11pm daily. Fares start at £7.99 and passengers can pre-book their seats using an app.

All three vehicles are 50C14GA8s Daily Line 16-seaters built on 4.1m wheelbases and powered by 140hp 3.0-litre engines married to Hi-Matic eight-speed automatic gearboxes. They produce 12% fewer NOx emissions and 76% less particulate matter than an equivalent diesel, according to Iveco, and up to 95% less CO2 if you run them on biomethane.

“With emission restrictions set to get even tougher, we will look to increase our fleet of alternative-fuelled minibuses,” says Blue Bus MD Tazio Puri Negri.

Aftersales back-up is being provided by supplying dealer Iveco Retail in Croydon, south London, under an Iveco Elements repair and maintenance package. It has been arranged as part of a five-year lease agreement set up through Iveco Capital.

MAN is busy extolling the virtues of a 16-passenger TGE 5.180 converted by Minibus Options and powered by a 180hp 2.0-litre diesel with a six-speed manual gearbox. The passenger saloon can be made wheelchair-accessible and laid out in a variety of different ways: as a 10-seater with room for two wheelchair users, for example, or as a 14-seater with space for just one.

The TGE is virtually the same as Volkswagen’s Crafter apart from its badges, and VW has come up with a Crafter CR50 transformed into a 16-passenger minibus by Northern Ireland’s Taxi Bus Conversions. A rear-mounted inboard Braun Vista lift makes it wheelchair-accessible. VW’s UK minibuses come under its Engineered to Go conversions programme.

Although it was announced not long before the event, the aforementioned Crafter was not displayed on the VW stand at this year’s CV Show. Instead, the company exhibited a CR50 sourced from the same converter and with the same seating capacity, but non-wheelchair-accessible and built to upmarket executive specifications.

There is without doubt a demand for executive minibuses, and for minibuses that can be used by the wealthy as chauffeur-driven luxury transport with every conceivable amenity.

Stanford Coachworks can take a Sprinter and do quite remarkable things to its interior under the Monaco banner, installing everything from heated passenger seats that can fully recline and give you a massage to 24-carat gold-plated cupholders. That is in addition to a fridge, a bar, a couple of 40in smart TVs, a Bose surround-sound system ... the list is endless, and restricted only by your imagination and your bank balance. 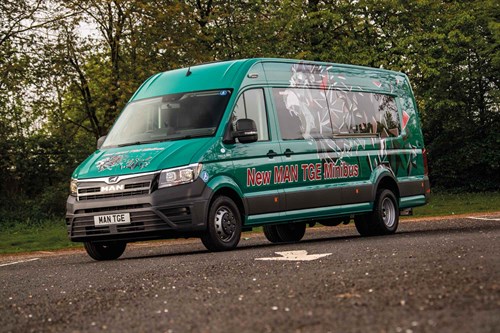