In a turbulent market Volkswagen Commercial Vehicles is aiming to provide a stable environment for its customers, reports James Dallas. 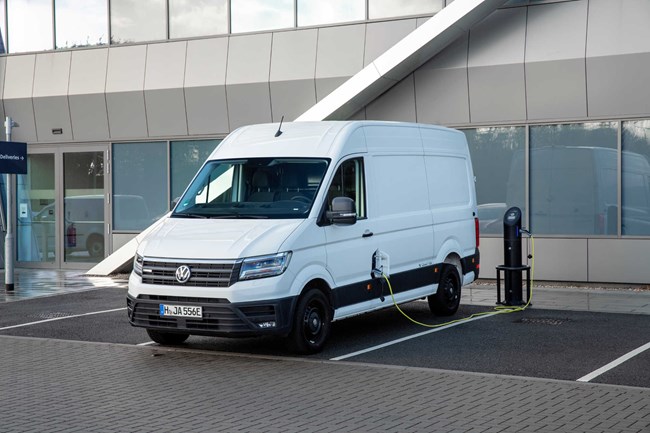 With the uncertainty caused by the lack of progress in the Brexit negotiations gripping the business community, Volkswagen Commercial Vehicles is striving to create a more secure environment for its customers.

“Customers don’t have the certainty they would like,” claimed the brand’s director Carl zu Dohna. “So we need to supply stability,” a quality, he adds, that is a “hallmark” of the brand.

He points out that in an overall LCV market that fell for the second year running in 2018 Volkswagen was one of only two of the volume brands to post an increase in sales, albeit of a modest 1.7% to 42,164 units, according to Society of Motor Manufacturers and Traders (SMMT) figures, compared with market leader Ford’s more substantial rise of 7.0%.

Volkswagen took a market share of 11.8% last year, which zu Dhona said is in line with its planned retail strategy.

The performance of the models across the line-up remained steady. Volkswagen sold 11,599 Caddy light vans last year, which was down slightly from the 12,580 registered in 2017 and a further drop from the 14,533 shifted in 2016.

Head of fleet David Hanna said the fall was largely down to British Gas being in mid-cycle with its fleet of Caddys and not requiring replacements last year.

Volumes of the brand’s biggest seller, the Transporter, reached 25,460 in 2018, marginally behind the previous year but ahead of 2016.

The Crafter large van made a 24% jump to 6,467 units last year but notably did not match the 7,137 sales the previous-generation model recorded in 2016.

But having completed the roll-out of Crafter derivatives last year Volkswagen will hope to build on this total going forward.