RACKING: Rack around the clock

The growing demand for 24/7 parcel deliveries and the need for tradespeople to store tools drives the market for vans with storage systems. James Dallas looks at what the sector’s firms are up to. 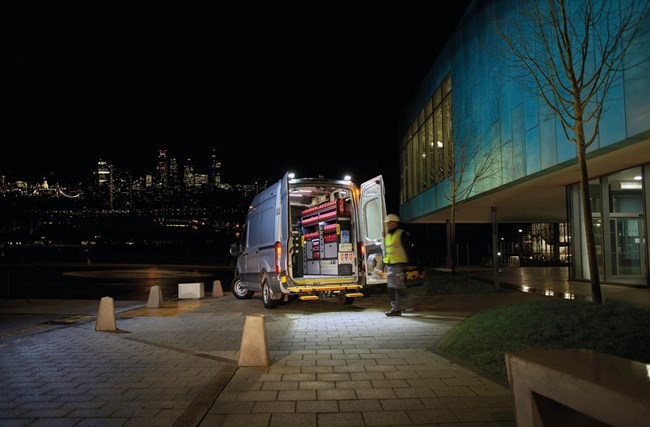 Modul-System aims to make its products lighter while retaining strength

Despite the Brexit-engendered jitters afflicting the UK’s business community and warnings the economy could slip into recession, LCV sales are on an upward curve and have increased year-on-year in every month this year, according to the Society of Motor Manufacturers and Traders.

Much of this is to do with the explosion in online shopping in the UK and the need to swiftly deliver parcels to customers’ doors.

And no matter what the state of the economy, household appliances still need fixing or replacing, plumbing still malfunctions and roofs still spring leaks, to name but a few of the services for which tradespeople and their vans may be called out for.

Whatever tasks vans and pick-up trucks are engaged in, it’s a fair bet they would benefit from an efficient, professionally fitted storage system in their load areas. Too often one still sees the back doors of a commercial vehicle open to reveal a shambolic mess of tools, paint pots, timber or parts, creating both a danger to the vehicle’s occupants if not protected by a sturdy bulkhead and a bad impression for the customer.

But once tools and parcels are stored neatly in the cargo box the next consideration is keeping them safe.

Van Guard is one company that addresses these concerns. The firm claims security is the fastest-growing sector in the van accessory market due to an increase in tool theft, and it responded to demand earlier this year when it unveiled its range of aftermarket locks and security plates. It also launched its Ladder Loader. The firm claims its ergonomic design with gas strut assistance provides a safe and effective way to load and unload ladders from van roofs from ground level – minimising risks to health and safety.

With driver assistance features increasing the weight of modern vans it is important that payload is preserved and fuel consumption kept as low as possible. To this end Van Guard constructs its van roof bars and roof racks from anodised aluminium, a strong, lightweight material it also uses for its internal van racking systems, which, it claims, are three times lighter than their ply racking equivalents.