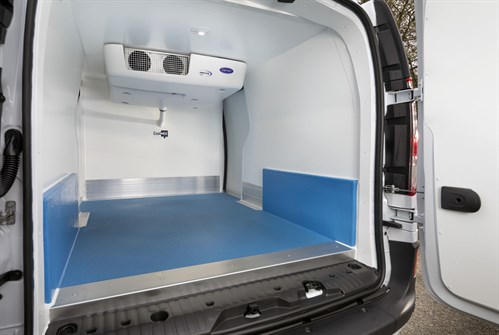 Kitted out for keeping cool

Javed claims it is possible to run a refrigeration system from an electric van’s battery, but it inevitably means a compromise in range, so it’s only recommended for operators with predictable cycles and journeys comfortably within their vehicles’ maximum range.

“There are two options,” he says. “You can work off the vehicle’s battery, which would reduce the range. Some of the figures we’ve seen so far have been around 8.5% to 10% lower ranges by tapping into the battery. If you fit additional batteries to the vehicle [to power the equipment] you then maintain that direct range.

“The majority [of conversions] we have done involve adding additional batteries and not reducing the range, because, going back over the past couple of years, the range of electric vehicles hasn’t been as usable as people would like.”

Advances in battery technology and the greater capability of newer models broaden the options for converters, but installing a separate power source is likely to remain the preferred method for the foreseeable future. Operators investing in such equipment should bear in mind that it needs to be charged independently of the main battery, so charging facilities and times need to be considered.

“It’s a standalone battery which doesn’t connect into any of the existing vehicle electrics at all,” says Javed. “You would have to charge it independently, and when we do electric vehicles, we look at the customer’s operations.

“Depending upon the length of time they need the van to operate, the number of deliveries they are doing and the temperature they need to keep it [the cargo area] at, we’ll specify a refrigeration system which will have the power to work for them.

“And depending on the size of that battery, it could take very different charging times. However, most of these operators are using the vehicle during the day, putting it on charge overnight and coming back in the morning, so they have a full charge.” 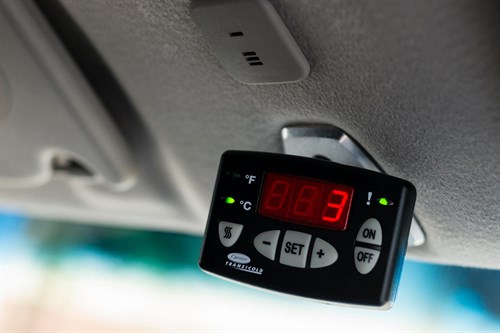 Conversion work extends to the cab