With sales of greener vans on the rise since the introduction of Clean-Air Zones, Rachel Boagey investigates the subsequent impact on the remarketing sector. 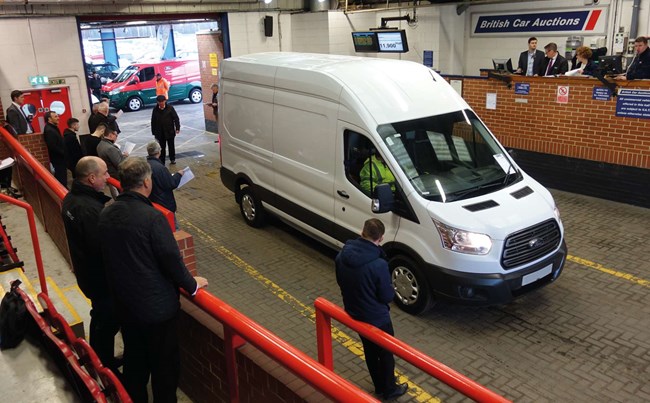 Buyers are showing an Interest in clean air zone-compliant vehicles

Several cities across the UK that exceed legal air pollution limits are working on plans to implement Clean Air Zones (CAZs) by 2020, which will charge drivers of higher-emission petrol and diesel vehicles to drive in the city.

These zones are being made compulsory in Birmingham, Leeds, Derby, Southampton, Leeds and Nottingham. London has its own scheme in the form of the Ultra Low Emission Zone (ULEZ), which came into force in April.

The used LCV market has been showing signs of change since the turn of the year, with heightened awareness around these zones and, more specifically, the introduction of London’s ULEZ.

There is a clear appetite for Euro6 vans across the UK, but the volume of these vehicles entering the wholesale market is relatively small, explains Matthew Davock, director of commercial vehicles for Manheim.

Jon Gilbert, business development director, commercial vehicles, at BCA agrees, telling us: “Volumes of electric and hybrid commercial vehicles reaching the remarketing sector remain very low and there are no indicators that suggest this is likely to change any time soon.”

However, Gilbert explains that it is becoming increasingly important to be clear on the engine variant, especially in the South East. “The introduction of the ULEZ has focused buyers towards Euro6 models and this is likely to spread gradually across the country as the number of Clean Air Zones increase,” he says. “When looking at comparative values it is important to understand that Euro6 vans are newer and often lower mileage, so will naturally attract higher prices.”

Davock adds that “there is a very small supply of used electric vans in the market, and an even smaller number of used hybrid vans, the majority of which are non-OEM retro conversions”.

Euro6, which is ULEZ- and CAZ-compliant, was mandated for LCVs in 2016, and while some of these vehicles are starting to reach the wholesale market, less than 15% of all vans sold at Manheim year-to-date have been Euro6. However, as well as being CAZ-compliant, these vans represent the newest wholesale stock available, and therefore attract high levels of buyer interest, and Davock explains that retail dealers located around London and in the South East have reported an increase in Euro6 diesel enquiries and sales since January 2019.

Just as the powertrains of vans are changing, so are the ways in which people are beginning to purchase these vehicles. At Manheim, explains Davock, “we’ve worked hard in recent years to establish a programme of successful online-only sales events that complement our national physical auction programme”. This allows the company to advertise stock to the widest possible audience, and this year it expects 50% of its vans to sell online.

“With that in mind, we anticipate a thriving online marketplace for CAZ-compliant vehicles, attracting buyers from across the country,” says Davock. “In terms of a specifically physical auction programme for CAZ-compliant stock, we don’t see a great deal of value in transporting the vehicles to a single location when we know there is nationwide demand for this stock.”

In Q4 2018, Manheim launched its SureCheck product of LCVs, a 41-point mechanical pre-sale inspection with seven-day peace-of-mind cover. “This, combined with our high-quality vehicle inspections and hi-res imagery, gives buyers the confidence to bid, whether online or in the auction hall,” says Davock.

Similarly, Gilbert explains that BCA’s first-ever ULEZ sale at Blackbushe attracted a large crowd of online and in-lane buyers. “The multi-vendor event only featured Euro6-compliant or electric/hybrid commercial vehicles that can enter the ULEZ without charge. Confident bidding throughout the sale saw 148 vehicles sold for an average value in excess of 104% of CAP Clean, with one vendor achieving an average of 113% of CAP Clean.”

The sale offered and sold SWB, MWB and LWB panel vans, Lutons, tippers, flatbeds and car-derived models, with competitive bidding across the board. “Following excellent feedback from buyers and sellers alike, BCA has committed to further ULEZ sales at BCA Blackbushe and will look to increase the frequency of sales to meet demand,” Gilbert says.

“Euro5 vehicles remain in demand across the UK and the market is robust due to the growth in demand for logistics, construction projects and a host of other factors.”

The LCV market has shown great strength over the past 18 months and appetite for used vans, regardless of age and mileage, is high.

Martin Potter, group MD, Aston Barclay, explains that the used van market performed well during the past year “with average prices rising by £227 (5.2%) to £4,533 between Q1 2018 and Q1 2019 with an excellent range of used stock coming to market”.

He says that much of the changing profile of used fleet vans hitting the auctions can be put down to the introduction of London’s ULEZ. “This has forced companies to speed up their replacement cycles and buy Euro6 diesel vehicles or Euro4 petrol engines to enable them to comply with ULEZ rules, while the Transport for London (TfL) scrappage scheme has also forced some older stock into the market.”

Potter explains that Euro5 used vans make up a large percentage of the commercials that Aston Barclay has been selling during this period as fleets and rental firms continue to update their vehicle stock in readiness to meet CAZ and ULEZ legislation. “These Euro5 vans, at four and five years of age and in good condition, are in high demand and still achieving good money across the country,” he says.

With Leeds and Westbury the mainstays of the physical used van activity across the Aston Barclay Group, Potter says geographically they are both far enough outside of London to not be affected by the ULEZ regulations. “However, we have seen a number of online buyers from the south only buy Euro6 vans for their London and south-eastern based customers,” he says. At present, Potter notes that only a handful of electric vans are coming to auction but when they do, they make very strong money. “And with hybrid and electric cars continuing to gain popularity and reaching an all-time high average price in Q1 2019 of £13,736, we expect similar developments within the EV van market.”

Despite this, Potter says the company believes the growth of electric vans is more likely for those that only cover smaller distances within the M25, “whereas Euro6 diesels will remain the mainstay light commercial for those companies who travel longer distances in and out of the capital each day”.

Alex Wright, MD, Shoreham Vehicle Auctions, explains that demand for used electric vans continues to build, again assisted by the introduction of the ULEZ but also based on residual values now being more transparent within the market and, ultimately, greater education.

“In partnership with the Energy Saving Trust we introduced the first used electric vehicle training course for car and van dealer sales staff in May 2018 – helping support an increase in knowledge across the market,” he says. “The course provides buyers with greater confidence in acquiring used EV vans at auction and then understanding who, ultimately, to sell them to.”

Today, Wright says these vehicles are typically receiving strong bids as savvy dealers continue to take advantage of what is still very much an untapped market. “For example, the Nissan e-NV200 van has appreciated in value year-on-year by around £1,000.”

What all of this means is that Euro5 vans are now great value, notes Wright. “Operators not planning to use their vehicles within the London area or other CAZs have plenty of choice as leasing and rental agents steadily replace existing stock with Euro6 vans,” he says.

“With this, main agents are regularly in the market to buy this good used stock even if it has a few miles on the clock. Some Transit Lutons recently hit the auction on a 14-plate with on average 80,000 miles on the clock with dealers snapping them up for between £6,300 and £7,500.”

For Shoreham specifically, with the city of Southampton also having announced that it was not going to mirror London’s ULEZ, Wright says operators on the south coast can now buy a Euro5 diesel van without any fear of being fined for driving their vehicle into this area.

Outside the city walls

Wright says that those operators who work in and around London, and are affected by the new ULEZ, have invested more money in Euro6 vans. “These vans are generally making £1,500-£2,000 over an equivalent Euro5 van. Any used van heading for London is now a Euro6.”

A worry is that there may be a geographical split with vendors sending older/dirtier vehicles to areas with no CAZs, but Davock explains this is not a trend that has manifested itself at an auction centre level. “However, some larger fleets will certainly have moved Euro6 vans and trucks into London, and reallocated older vans to other parts of the country to see out the rest of their contract life,” he says.

Recent insight from Manheim estimated 80% of vans on UK roads are currently pre-Euro6, therefore the company expects demand and values for Euro5 vans will remain strong for some time across the UK.

Jon Mitchell, group sales director, Autorola U, tells us that the majority of the used vans on the Autorola online portal are Euro6, with many offered for sale from VW Commercial Vehicle dealers. “The demand from trade buyers has been very high for Euro6 stock in and around the south east as businesses know they will be heavily penalised when travelling into London without one as part of the new ULEZ rules. Prices therefore have been very strong.”

Outside of the London area where the ULEZ regulations do not affect operators, Mitchell says it’s been business as usual for the used market. “Demand has been strong for Euro5 used vans particularly as values have softened slightly over the past couple of months. Many of the big fleets have now disposed of all their Euro5 used vans so there has been a steady supply of stock coming into the market.

“Until there are new ULEZ regulations introduced in other cities across the UK Euro5 vans will still be in strong demand from all operators.

“Only when new legislation comes into other cities will we see more of a regional demand for either Euro5 or Euro6 used vans.”