The days of hard copy books are long gone but is there still a place for trade valuation listings to help buyers make the right choices? Tim Cattlin investigates. 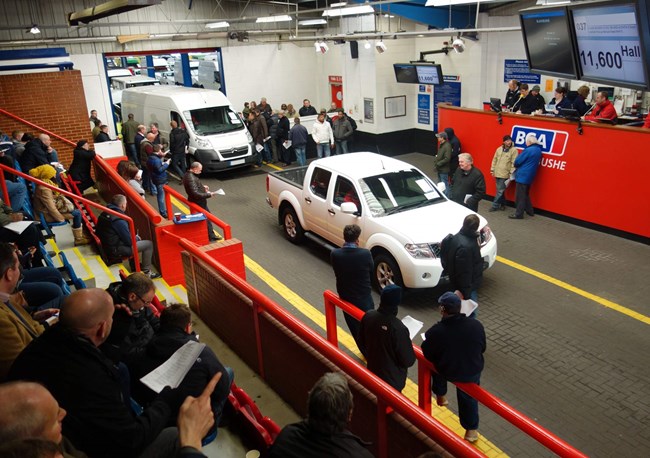 Are trade guides still relevant for buyers at auction?

A decade ago, anyone visiting a vehicle auction would see trade buyers furtively flicking through a small book prior to bidding (or not) on the next lot.

Typically using CAP Red or Black book, or Glass’s Guide, they would combine these published trade valuation figures with their own knowledge to arrive at a figure that they feel the vehicle would be worth to them.

Nowadays however, these books are no more, the publishers accepting that publishing the values in digital format is more convenient to their customers. But, years before the decision was made to cease producing hard copy, it became an extremely rare sight to see a trader pulling out a book from their jacket pocket. Was this because they didn’t want their peers to think that they needed help in valuing stock, or because they felt that there was a disconnect between what figures were being published and actual, real world values?

We asked industry figures if, ultimately, the guides are still relevant these days to the trade. How valid is the assumption that ultimately trade values are driven by the consumer - what they are prepared to pay, and the trader, in what margin are they prepared to work for? How accurately do they reflect values currently being achieved, and is there an alternative method of producing more accurate valuations?

Julian Pullen, head of trade sales and purchasing at Northgate’s Van Monster operation said: “To a degree trade values are driven by the consumer, but only in a volume supply and demand scenario or conversely very low volume uniquely desirable vans. The guides have become less accurate as time goes on.

Factors including supply and demand fluctuations, high volume of non-standard specs and non-white paints, a complex and much faster moving market, incorrect per thousand miles adjustments are distorting low and high mileage values.” Gareth Kaye, group van franchise director at retailer Imperial Commercials added: “Guides will always be relevant to the fleet and leasing sector as they need an independent view on residual values for their risk portfolios.

The level of value to the trade is reducing, which is why the guides are trying to turn into data provision companies instead. Their influencing ability is on the wane for the trade and, for me; if they don’t change their tack then trade engagement (and spending) will move elsewhere. Their accuracy varies wildly, with little ability to reflect additional spec in their values (for example a Transporter with a tailgate can be £500+ more than an equivalent with barn doors). By the time the guides react to large influxes of one particular vehicle via a large defleet they are usually sold and gone.”

Countering these comments, Steve Botfield, senior editor – commercial vehicles at cap – hpi said “As the name implies cap hpi values are a guide to values of all types of vehicles, based upon a number of factors such as age, mileage and condition, and reflect actual sold values from collated wholesale research data.

Our research data not only relies on B2B auction sales but also other remarketing routes. As with any supply and demand situations, the price is dictated, whether it be at a trade level or retail, on the number of the same product in the market. When the vehicle is in the wholesale arena each vehicle is in competition with each other and price will be dictated on the factors mentioned previously, but also perceived demand from the trade.

Then when the same vehicles enter the retail sector the same applies but also the competition from retailer to retailer.” Glass’s chief commercial editor Andy Picton also defended the role of the guides. “I like to think that we remain relevant because Glass’s has always tried to reflect the market, not drive it. The buyer should be driving the market with the vendors working to set a sensible reserve with the aim of achieving a sale.

A trader on the other hand will have his own margins to work to, so the price paid at auction should be a great barometer for the real worth of a vehicle. To that end, the CV team at Glass’s are always out in the marketplace, looking at every angle of the industry and trying to improve our knowledge base. Speaking to the trade and trying to find out why certain models are popular in the used market and others ignored is a vital part of the job, with every vehicle having its own story.”

Is there a possibility that true values in the market are being distorted? There is often the suggestion that vendors at auction ‘chase book’ and will remain intransigent if buyers fail to bid high enough, the vehicle remaining unsold. Van Monster’s Pullen thinks not. “A van is only worth what the buyers are prepared to pay. In my experience a hardcore of buyers know their retail market very well indeed.

As long as there are enough interested parties a van will reach its trade market price in an open bidding marketplace. The only time this isn’t the case is for less often seen models or badly damaged vans where the battle of wills and opinions kick in. If there is a sniff of desirability vendors often seem happy to leave it to the auction hall to dictate the price beyond a certain guide figure. The reverse is true when the guides over value a van.” Imperial’s Kaye thinks that it is dependent on the vendor.

“Those with good, experienced disposal teams know the market better than the guides but there are 100% unrealistic expectations on reserve prices in the market – especially on anything with damage as they think taking off the repair cost from the value is enough in some cases.”

Citing pressure on trade margins, Kaye continued: “Leasing/rental providers set their residual value bases on guide figures and therefore are expecting those returns. LCV disposals have been very profitable for them, often making up losses in car disposals so they are determined to keep that going. We are seeing our margins squeezed between high expected residual values and lower retail prices thanks to the internet – the choice of not buying an overpriced disposal unit and having an empty space is a tough call!”

Glass’s Picton added: “Vendors tend to look at their own stock in isolation and stick rigidly to the reserves that have been set. There is little consideration for similar stock held elsewhere and what effect that may have on supply and demand. However, buyers on the other hand will be taking all this into account, plus the effect increased repair costs, paint and labour will have on their margins and therefore what they will realistically pay.”

UK-based guides typically publish values based on researched trade sale values, then suggest a retail price based on this. In some European countries, the opposite methodology is used, with achieved retail sale values being collated, and a trade value being estimated from that. New UK data provider Cazana is adopting this practice, advocated by its head of valuations Rupert Pontin, who said: “Working from retail back is far more accurate and the future of modern vehicle retailing.

The basic facts are that there are far more retail price points in the market than there are wholesale and as such it is both logical and responsible to work from the largest data set available in the market. Cazana use this methodology to help customers sell more vehicles, faster and for more profit.” The method is also advocated by Imperial’s Kaye.

“In France they do just that and it works better. The guides are influenced by too many factors other than what someone can sell something for – manufacturers taking them here, there and everywhere; leasing and rental companies influencing them unduly with poor quality evidence and a massive lack of real trade sentiment input means the values can be skewed way too easily.

In prior times, the guide editorials focused on market sentiment, opportunities, risks and the trade in general. Now it’s like a spreadsheet review and if data is all they are selling they are on a one way street to nowhere as we can get most of that elsewhere (and in some cases for free!!)” Glasses Picton added: “There is a case to be had for both.

Trade observations have always been an invaluable source of data and will continue to be so, but the ‘retail down’ perspective is equally relevant and something we are starting to incorporate more fully in our valuation portfolio. There are many retail observations available each month via the many auto websites, so it would be wrong not to include these as well.”