With the shadow of Brexit looming, it’s that time where we take a look at the past year and gaze into the crystal ball to consider how 2019 might shape up in the second-hand sector, writes Tim Cattlin. 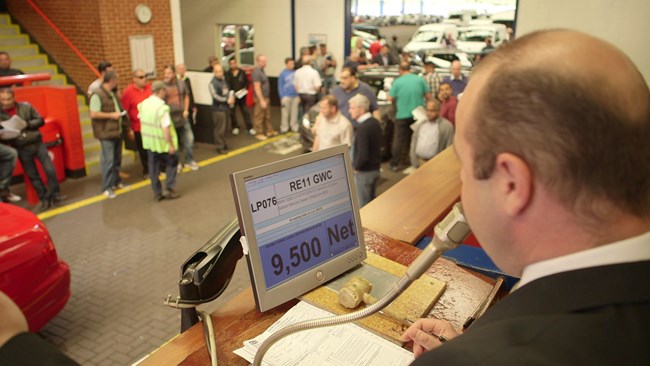 In an era of heightened levels of political activity coupled with the uncertainty that Brexit brings, we asked leading figures across the used industry to reflect on 2018...

“Generally,” he says, “the used market has stayed strong, but there are always exceptions. 4x4 pick-ups were particularly hit and miss, dependant on volume and quality of stock available. Medium vans have continued to perform well, with values holding up for anything straight and with sensible mileage. Large vans, if you can find a tidy one, have performed strongly. Large chassis derivatives have generally performed well, and crew vans across all sectors have seen prices stay strong all year.”

Picton continues: “Due to shortages of the VW Transporter, values have held up particularly well. There were plenty of Ford Transit Customs in the marketplace, with values weakening on all but the best examples.”

When talking to traders, Picton finds optimism difficult to come by: “Most are still reporting that there remains a shortage of top-quality stock and therefore are still having to pay top money. A lot of small to medium-sized dealers are struggling to stick to their normal profit margins and some are reporting a slowdown in business confidence as Brexit uncertainties continue.”

At Cap-HPI, senior editor for CVs Steve Botfield takes a more general overview with a particular emphasis on the ’Brexit effect’.

“Some businesses took the view that until the outcome of Brexit was known any future investment in large-ticket items would be put on hold – and LCVs would fall into that bracket,” he says. “It looked like 2018 would be facing a record number of used LCVs hitting the market in a period where the desire to invest in vehicles could be deemed to be at a low. What has happened is quite the opposite – the number hitting the wholesale market reduced by 4% in Jan-Sept 2018 compared with the same period in 2017.

And with both high conversion rates and prices being met, the notion that businesses put vehicle purchases on the Brexit backburner is being challenged.”

Pearson continues: “Demand remains strong across the range of product at BCA, with both corporate and dealer vendors enjoying excellent conversion rates. Vendors should be aware that buyers are getting more selective on base specification and duplicated stock, and condition remains critical across the board.”

He adds: “Buyer sentiment has been positive, with good levels of wholesale demand and consistent trading from professional buyers.”

Director of CVs at Manheim, Matthew Davock, says the business has seen a strong year: “We’ve seen peaks and troughs but, overall, it has been stronger year-on-year versus 2017.

Lower volumes in Q1 compared to the same period in 2017 saw the year start strongly. Demand has been strong all year as indicated by high conversion rates and sale performances. The pricing of duplicate de-fleet volume has been key. High mileage and levels of damage continue to determine demand.”

Speaking about the political and economic scene Davock comments: “Buyer sentiment is broadly similar to 2017 – however, anecdotal feedback is that retail customer confidence has been impacted by the current Brexit process.”

Those involved in retailing used vans are generally the first to notice any changes in customer sentiment. Gareth Kaye, group van franchise director at Imperial Commercials, expresses deep concern, however, that industry price guides and auction houses may be over-influencing market values and dealer margins.

“The year has continued to confuse me, with the trade values continuing to rise or stay strong but the retail prices to customer static or declining,” he says. “The constant ‘talking up’ by trade guides and auction houses has also played its part in this – retail buyers aren’t anywhere near as bullish as they are so margins are being squeezed. It seems these self-appointed market-setters are more concerned about keeping in with manufacturers and vendors than reflecting sentiment these days.”

Continuing on the theme of the mood of the trade and retail customer, Kaye says: “The trade are concerned but optimistic, as dealers usually have to be! We have to pay the prices as you can’t sell empty spaces. Retail buyers are still in the market but we are starting to hear the ‘wait and see’ vibes with Brexit now looming large.”

Agreeing with Andy Picton, Kaye makes special note of two industry favourites when it comes to performance: “The VW Transporter continues to astound but the Ford Transit Custom has started to show weakness thanks to large volumes now hitting the marketplace.”

On a more upbeat note, independent used dealer Barry Clarkson of Clarkson Commercials reflected on a 2018, which has been particularly vibrant: “We’ve enjoyed a strong 2018 here at Clarkson Commercials. Volumes are well up on last year and despite the economic uncertainty life goes on, and the greater public are getting on with it. We honestly can’t complain as the retail buyer sentiment has been positive despite the relentless media pressure.”

Discussing the challenges of securing the right stock, Clarkson adds: “Today’s retail used van buyer has grown into a ‘car buyer mindset’ where everything in terms of condition, paperwork and pedigree need to be absolutely spot on. While demand is strong, continually sourcing stock of this calibre is a constant challenge with dealers getting involved in a bidding frenzy when it comes to the market.”

Outlook for the year ahead

“We are entering a genuine unknown.  Brexit and the Worldwide Harmonised Light Vehicle Test Procedure (WLTP) will have an impact, which could be disastrous or a massive boost.  Most manufacturers are looking at a flat market/slight decline, which feels optimistic to me – but they have rooms full of people working on this stuff!”

“A year of two halves, with Brexit and WLTP deadlines leading OEM, fleet lease and operators to focus on replacement activities and cycles. Clean air is increasingly on the public’s radar – however, we’re unlikely to see significant impact until 2020/2021 when [zones] take effect in number.  Their launch will see older, more polluting vans displaced; it won’t be long before the pollution impact is felt elsewhere and zones will follow, ultimately leaving no hiding place for vans.”

“Initially values should be strong as there’ll remain a shortage of good quality. However, we expect more volume. As Brexit becomes clearer, further towns and cities introduce clean-air zones (CAZ), and fleets realise they need to be WLTP-compliant by September, new LCVs will be ordered. This will lead to more availability on the open market and pressure on values. CAZ will have a small but growing impact, with little effect for two to three years until more areas introduce zones. The market should start relatively calmly with a continuation of the prices paid in 2018 for the nicest stock. We expect growing volumes as fleets eventually start to replace, so values will come under pressure as supply/demand fall out of kilter.”

“Take into consideration the introduction of Ultra-Low Emission Zones (ULEZ). With London first in 2019, diesels with a Euro6 engine will be sought after if access to the ULEZ is required without paying the extra cost of entering the area.”

“Who knows what Brexit will bring, but life goes on. What goes on in Westminster doesn’t always translate to the mood here on the ground…which just now is actually quite buoyant. However, in fairness, 2019 post-Brexit will be unchartered waters for us all.”

“Experience suggests the good levels of demand will continue and there are a number of positive economic pointers supporting that.  The changing face of retail and the rise in online shopping is helping to drive sustained growth in demand for used LCVs.”