SECURITY: Under lock and key

Theft from vans is increasing, so what can traders do to protect their tools and goods? Steve Banner investigates. 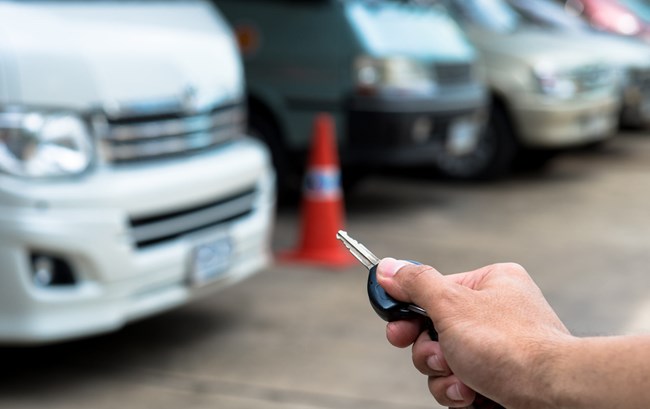 Over 38,000 people have now signed an online petition urging the government to take prompt action to combat the rapidly escalating problem of tool theft from vans and the theft of the vehicles themselves (visit petition.parliament.uk and key ‘van’ into the search box in order to sign it).

The petition to Parliament has received the wholehearted support of Van Guard. Best-known for its roof bars and racks and its load area racking, the company also supplies window grilles, bulkheads and lockable onboard tool stores along with lockable pipe carriers and ladder clamps.

“We exhibit at trade shows around the country several times a year in places as far apart as Harrogate and London, and over the last 18 months tradespeople coming to our stand have been telling us that theft is a concern for them,” says Van Guard sales and marketing exec John Land. “They’ve either had their own van broken into or know somebody who has.”

Their worries are amply justified if figures compiled by Volkswagen Commercial Vehicles are anything to go by. Research it released last autumn reveals that tool theft from light commercials saw a 15% increase during the previous three years, landing hard-pressed businesses with a bill for over £46m.

A record 23,859 incidents took place in 2017/18 alone according to police figures, says VW.
The area where your tools are most likely to be stolen, the brand reveals, is central London. The Met Police records more than 8,000 cases annually costing businesses roughly £11m in total. Northumbria with 4,000 cases and West Yorkshire with 1,000 reports are second and third respectively.

If electricians, plumbers, joiners and other tradespeople have all their tools stolen then they are unable to keep working until they can acquire new ones – and that can take time. Downtime costs firms approximately £550 per van per day, VW calculates.

So what sort of measures can be taken to combat theft? Better physical security is vitally important, so consider fitting additional locks to your van’s doors, advises Dean Cassar, sales and marketing executive at Locks 4 Vans.

Slamlocks make sense if you’re a courier and in and out of a van umpteen times a day making deliveries because they lock the door automatically when you push it shut. Just make sure not to leave your keys in the vehicle and lock yourself out.

If you are a tradesperson who may be working at a single location then a deadlock that has to be locked with a key makes more sense, but ensure it is positioned as far up the door as possible, Cassar advises.

“These days thieves can literally peel the door off a van from one of the top corners,” he warns – the consequence, he says, of so many vans being more lightly constructed to keep their unladen weight down and their payload capacity up. A strategically positioned deadlock can make “peel-and-steal” rather more difficult.

Thieves can overcome a van’s electronic security systems by accessing its onboard diagnostics (OBD) port. Locks 4 Vans can provide a shield for the port to stop this happening, Cassar says. It can also supply a shield for the vehicle’s catalytic convertor. “People still want to steal them because they contain precious metals,” he remarks.

One way of boosting security is to provide extra protection for the van’s factory-fitted door locks.

Armaplate of Bolton offers Blockade, which uses three layers of steel to defend the lock mechanism against interference. It protects the vulnerable area around the door handle, which criminals attack to access the lock mechanism and linkages. A fit-and-forget device, it requires no extra keys or input from the driver.

The firm also offers a clever device called Defend-A-Step. It is a combined rear step and security bar that can be flipped upwards and locked to prevent the back doors from being opened. 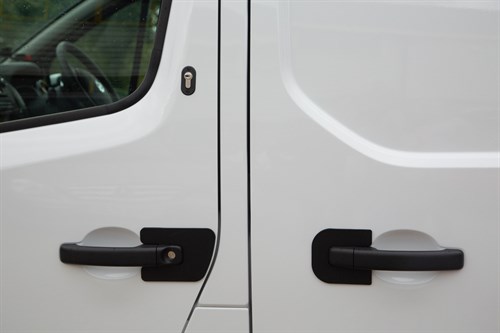 Fitting a deadlock can prevent door ‘peel and steal’ thefts