The much-garlanded Berlingo light van is set to help Citroen benefit from its revamped dealer network in the UK, James Dallas reports. 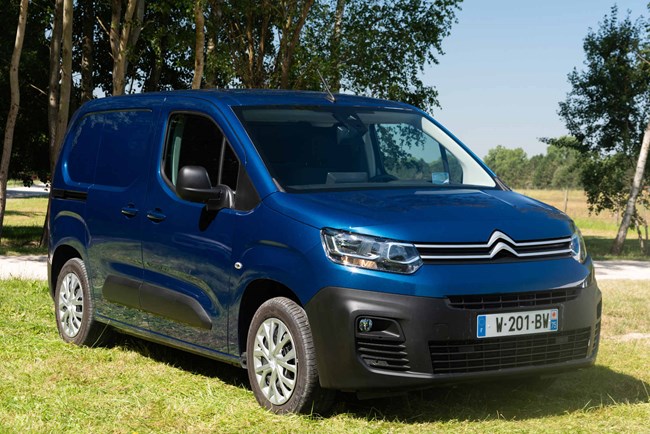 Citroen’s light van the Berlingo has always been the manufacturer’s strongest performer in the UK and the new model, which burst onto the scene towards the end of 2018, looks set to continue this pattern.

Along with its PSA stablemates the Peugeot Partner and Vauxhall Combo, the Berlingo promptly captured both the International Van of the Year (IVOTY) and the What Van? Commercial Vehicle of the Year awards for 2019.

Such prestigious recognition is testament to the fact that the Berlingo can more than hold its own against the best of the rest such as the Ford Transit Connect and Volkswagen Caddy.

Payloads go up to a class-leading 1,050kg while load volume extends to 4.4m3.

Power comes initially from a choice of two diesel engines. Due to emissions regulations, a 1.6-litre Euro6.1 engine will be on sale in some markets, including the UK, for the first nine months of production – however, a more powerful (and more impressive) but smaller-capacity 1.5-litre BlueHDi Euro 6.2-compliant engine is also available with a 130hp output.

This engine will supersede the 1.6 and still be available with the same 75hp and 100hp outputs.

Urban operators in particular will also find it worthwhile considering the 1.2-litre Puretech petrol engine with 110hp and 130hp outputs, which will join the line-up in 2019. The higher-powered petrol engine will get the slick new EAT8 auto transmission. This gearbox is also available on the 130hp diesel model and incorporates a stop function with the adaptive cruise control that allows the vehicle to slow to a standstill and then resume the cruise when in traffic.

A pair of useful and new-to-segment technological enhancements available as options are the onboard weighing system and the surround rear-vision camera. The first alerts you to the fact that you are at 80% of your total weight capacity, and then again when you are overloaded. The second system gives you a rear and side view of what is around you on a five-inch colour screen positioned in place of the rear-view mirror, along with guidance lines when reverse gear is engaged.

According to Ed Hickin, Citroen’s LCV business sales manager, winning the What Van? award was “brilliant timing, coming on the back of the IVOTY”.

Referring to the light van sector, Hickin claims: “We were the first in the market in the late ’90s. This [new model launch] allows us to take the van back to the market at the perfect time.”

Citroen has often been associated more closely with small businesses than large fleets when it comes to LCVs, but Hickin insists that the brand is taking a two-pronged approach with the Berlingo, with sales to fleets of up to 50 vehicles handled by the dealer network and corporate deals handled directly by the manufacturer.

Hickin’s main focus since he returned to Citroen’s retail operation in September, having spent time working as an area fleet manager for the brand, has been on developing its network of Business Centres and Business Active sites.

He initially launched the Business Centre programme in 2006 but says problems developed when the network grew too quickly, with some dealerships having signed up without being equipped to meet the required standard.

“That was too big – not all of them could cope with the investment,” Hickin says. 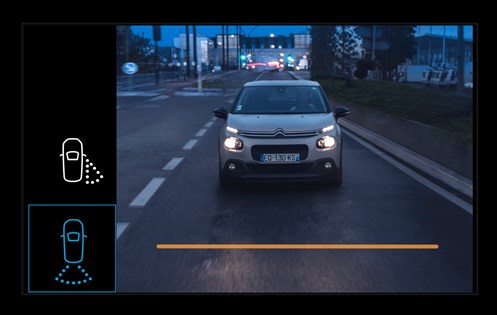 Rear-vision system in action on the Berlingo