WHAT VAN? AWARDS - WINNER'S PROFILE: D-Max at the double

Having retained its Pick-up of the Year Award Isuzu is aiming to win over fleet customers with its comprehensive range of bodystyles, reports James Dallas. 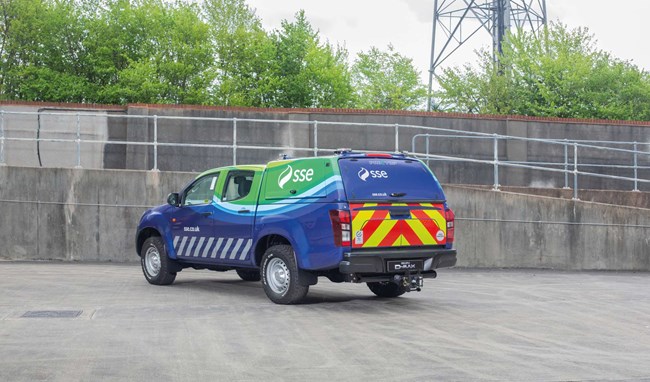 Utility firm SSE has a contract for 215 D-Max models

Isuzu’s feat in winning the What Van? Pick-up of the Year Award with its D-Max for the second year running in 2019 is testament to the truck’s all-round capabilities and the breadth of the product range.

Isuzu’s commitment to a comprehensive list of bodystyles, with single cabs and extended cabs rather than just the more leisure-focused double cabs that proliferate elsewhere, is a crucial factor.

As an example, Isuzu UK’s managing director William Brown tells What Van? the utility company Scottish Southern Electric has recently chosen Isuzu to supply it with 215 D-Max models, in single-, extended- and double-cab bodystyles. The brand won the contract from Toyota, according to Brown, which, with its Hilux, is one of the few other manufacturers to market a full range of bodystyles.

Although it is demand for double-cabs that has fuelled the growth in the UK pick-up sector, there is little doubt this has been helped along by a taxation system that allows customers to reclaim VAT on the vehicles. If this concession were to be withdrawn, as many in the industry believe could be on the cards, it would be the brands offering only the so-called ‘lifestyle’ double-cabs that would be hit hardest.

While Isuzu produces its fair share of high-end double-cabs, such as the Utah, the D-Max’s roots are as a working vehicle. 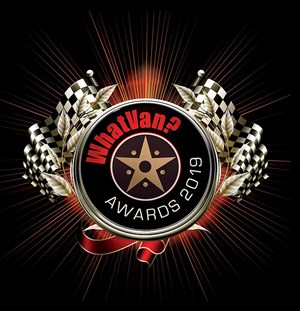 “We don’t claim to be the most car-like,” explains Brown, “just the best pick-up.”

Brown also highlights a proposed deal with the RAC for the supply of a patrol D-Max in extended-cab mode with enhanced towing ability of up to 2.8t even when the load bed’s payload is maxed out with heavy items, such as the car batteries RAC rescue vehicles carry.

This capacity, according to Brown, covers 90% of passenger vehicles. Isuzu has achieved the uprating, which Brown says has been type-approved, through the use of air suspension and has taken a trial order from the RAC for 50 trucks.

Brown describes retaining the What Van? award as “massive”, and adds: “It’s the biggest and best thing that could have happened to us.”

He says it’s an endorsement of the product and a “cornerstone” of Isuzu UK’s marketing campaigns.

While claiming the prize once could have been viewed as a flash in the pan, he adds: “If you win it twice, there’s credibility.”

Since the launch of the latest-generation D-Max in 2017, the importer has kept interest in the model alive with a series of tweaks and special editions, such as the Utah V-Cross that broke cover in January, and a couple of hardcore off-road collaborations with Arctic Trucks. And there were more on parade at the CV Show (see ‘Showtime’, below).

A new, or more likely, revised model will be coming, although Brown claims the Japanese HQ is not letting slip yet when this might be. “Not this year or soon,” he says, though.

He admits, however, that testing of a truck in Scandinavia has been spotted and says he’ll get official notification of when the next version is scheduled at the end of this year. Whatever date is set for the UK arrival, he tells us, it will be six months later than Thailand gets it.

One thing Brown is certain about, however, is that the next incarnation of the D-Max will keep the same 164hp 1.9-litre diesel engine that replaced the previous 2.5-litre unit in 2017.