Hybrid powertrains are finally starting to make waves in the world of light commercial vehicles, as Sean Keywood reports. 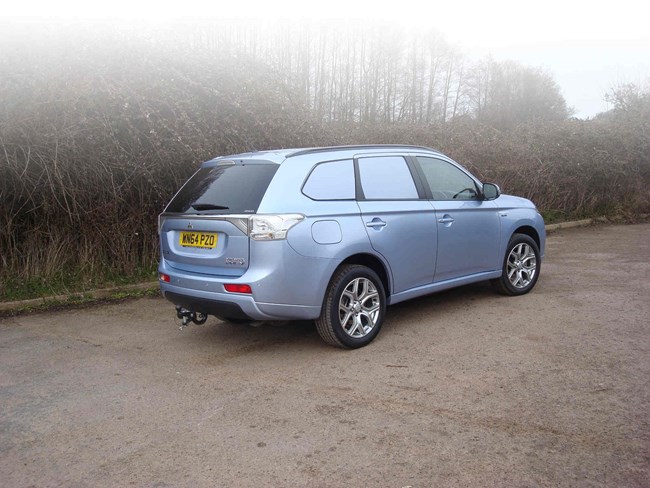 For many years, hybrid powertrains have been a growing presence in the passenger car market, offering some of the environmental benefits of fully electric vehicles without the associated range anxiety and charging concerns.

However, this hasn’t been replicated in the LCV market, despite such vehicles having often served as an effective ‘bridge’ option for electrifying fleets. Even over the past couple of years as more fully electric vans have started to be unveiled, hybrids have been conspicuous by their absence.

But notwithstanding the government’s recent announcement that hybrid vehicles should be banned alongside regular petrols and diesels from 2035, a couple of high-profile newcomers are starting to change that.

The first of these is not technically a hybrid at all, but a range-extender. The LEVC VN5 combines an electric motor with a petrol engine, like hybrids do, but the petrol engine does not drive the wheels, instead only being used to charge the battery, which can also be charged using a plug.

This means that an electric range of 63 miles is claimed without having to use the petrol engine at all, but if a longer trip is needed the van can go up to 301 miles without charging – and then potentially even further just by filling up at a conventional petrol station.

When asked for the advantages of a range-extender powertrain over a full electric model, an LEVC spokesperson names speed of charging as a key factor, with a full charge possible in less than 30 minutes.

They add: “LEVC’s VN5 is designed to provide ‘distribution to door’ – not just last-mile – capability, creating a link between out-of-town depots and city centres. Based on a real-world 47-mile delivery route into central London, the VN5 can make approximately twice the amount of journeys and deliveries as its [electric] segment competitors, by having the flexibility to operate emission- (and penalty-) free in the city’s restricted ULEZ (ultra-low emission zone) environment.”

When asked if they were worried that range-extender technology might be made obsolete by improvements in pure-electric powertrains and infrastructure, the spokesperson says: “LEVC is confident that this technology is optimal for the current ‘transitional’ period, offering commercial operators complete peace of mind.”

The other new hybrid van on the market is a new version of the UK’s bestselling LCV, the Ford Transit Custom.

The new PHEV, or plug-in hybrid model, also pairs a petrol engine with an electric motor, and is capable of an electric driving range of up to 35 miles.

Ford previously announced that it expects 10% of total Transit Custom sales to be PHEVs within two years.

At a launch event late last year, the manufacturer said it believes that in the short to medium term the Custom PHEV presents the most practical option available for operators trying to meet clean-air targets in cities, before charging infrastructure is improved and the battery ranges of pure-electric vans extended.

Mark Harvey, director of Ford’s Urban Electrified Van programme, said at the time: “Emissions-free mobility is essential for the future of our cities and their citizens, but we know there are still barriers we face in the move to electrification.

“We also know that businesses still have legitimate concerns about the range of fully electric vehicles, as well as their cost-effectiveness and reliability.”

Away from the high-profile newcomers, there is one established name in the hybrid LCV space, that of Mitsubishi. One of its contenders in the niche 4x4 LCV segment, the Outlander PHEV Commercial, is based on the car model of the Outlander, which has proved a big hit with cost-conscious motorists in recent years.