COMPLIANCE: Practice what you preach 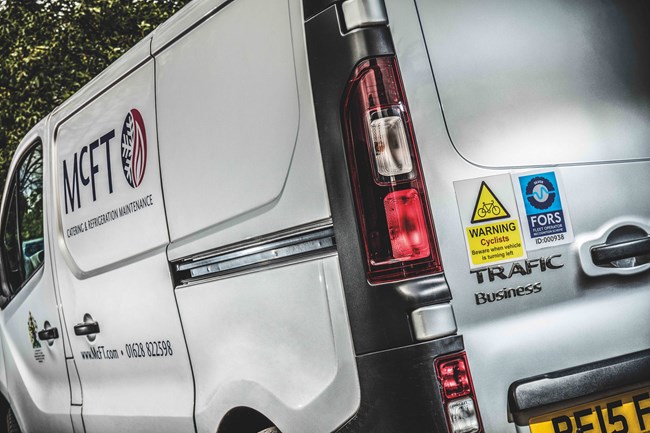 The reassuring sight of a FORS sticker on the rear doors or tailgate of the light commercial vehicle in front of them will have become increasingly familiar over recent years for drivers on British roads as the best-practice compliance scheme has grown in popularity.

The Freight Operator Recognition Scheme, which is now commonly known by its FORS abbreviation, started out in 2008 as a Transport for London (TfL) initiative, but since the end of 2014 has been operated as a concession by the FORS Community Partnership (FCP) led by infrastructure business AECOM, which has rolled it out nationally.

Through best practice, FORS says van fleets of any size can look forward to benefits like improved fuel efficiency, fewer penalty charge notices, a reduction in downtime, and improved driver retention. Crucially, with increasing numbers of contractors insisting their transport suppliers operate with FORS membership, operators displaying the FORS badge jump to the head of the job queue.

Few would doubt the benefits of compliance schemes promoting best practice and safety within their memberships but such initiatives often stand accused of focusing on larger fleets, which have the resources and corporate clout to adopt them, while bypassing SMEs and owner-drivers who may feel the schemes are a luxury they cannot afford.

Wilkes insists this is not the case for FORS, which he claims has always ensured that its membership is accessible, relevant and attractive to fleet operators of all sizes. He says 45% of members have five or fewer vehicles while 20% are single-vehicle operators.

“There are a number of member benefits available to smaller operators to ensure that accreditation remains accessible to all,” says Wilkes.

“Not only has FORS implemented a price freeze for the fifth year in a row, but it also offers a reduced membership rate for those who only operate a single vehicle. Furthermore, FORS members gain access to discounted, and in some cases free, training that would otherwise not be affordable to many SMEs and owner-drivers.”

As the coronavirus pandemic has taken hold of the nation and forced its citizens into lockdown, FORS has continued supporting its members by moving its classroom-based manager training courses online.

A long-standing mission of FORS has been to instil the adherence to safety standards that is commonplace in the more stringently regulated HGV sector into the routines of LCV operators.

As Wilkes says: “The scheme recognises the particular need to raise professional standards in the light commercial vehicle sector. FORS can help break a common mindset among van operators that an MOT is the best means to find out whether a vehicle is roadworthy, rather than through regular maintenance and inspections.”

“In addition, the FORS VanSmart toolkit, aimed specifically at the van sector, provides training and management tools to help ensure safety is embedded within the operation at all times,” Wilkes points out.

Version 5 of the FORS Standard went live in 2019. Wilkes says it has addressed the growing need for air quality improvements and set out requirements to help operators mitigate threats of terrorism as well as placing more emphasis on e-learning.

Four years ago FORS became involved in a spat with an alternative best-practice initiative, the FTA’s Van Excellence scheme, when the former baulked at suggestions the latter could match its standards or achieve an equivalence of audit.

It appears the relationship between the pair has not improved in the intervening years.

“The two schemes do not have a partnership,” says Wilkes, when asked whether they work together.

While not all contractors and specifiers require operators to be FORS-accredited, Wilkes claims the number is growing.

“In 2019, FORS surveyed its members to find out how many were working on contracts that specify FORS. It was revealed that 200 different organisations were specifying FORS in their procurement contracts, and around 100 of these were already signed up as FORS Champions,” he says.

“FORS members are increasingly finding that their accreditation puts them at an advantage when pitching for business. For instance, 66% of respondents to the most recent FORS satisfaction survey said they received indirect benefits from being a FORS member, with one third citing winning more work over competitors and improved customer satisfaction as the biggest indirect benefits.”

“As a result of these and other initiatives, more and more specifiers better understand how FORS sets the industry standard for safety, efficiency and environmental standards, and appreciate the benefits that this can bring to their businesses,” he concludes.