From electric technology and hybrids to gas and hydrogen, alternative fuels are set to drive the conversation – but what other challenges await? George Barrow investigates 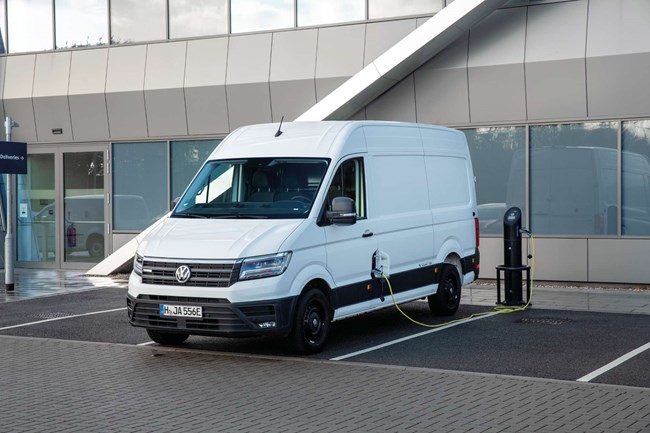 As we enter a new decade it is hard to imagine what future shifts in the commercial vehicle industry might be around the corner.

The past few years have seen a swell in the number of electric vehicles being brought to market, and hybrids of varying descriptions have also begun to crop up, from the so-called mild hybrid systems, which use better energy management to make fuel savings, through to plug-in hybrids like the Ford Transit Custom PHEV. There’s even talk of a hydrogen fuel-cell Master van from Renault, while Iveco continues to plug its natural gas and electric options.

Autonomous driving has also been a topic of great debate. Technology powerhouses including Google and Apple are at the forefront of the passenger car market, while Tesla believes it will be launching an electric HGV that will no doubt incorporate its “self-driving” systems.

But what about vans? The driver, while often overlooked, is still regarded as the most vital component – not least because their primary function is not to drive the vehicle but to conduct a service or deliver an item. As a result there has been an increasing shift towards satisfying the driver, creating a working environment more suited to their needs with better seating, more safety and hazard-awareness systems, and a greater level of connectivity.

While these all help to improve the driving experience they do little to improve the productivity of the operator. As one of the largest anticipated growth areas of the major world economies, special attention is being given to the delivery sector, which by the mid-point of this new decade, parcel giant DPD expects to have doubled in Europe to more than 15 billion parcels per year.

The resulting strain not only on businesses but also on the drivers, and, of greater concern, the road network and environment, will lead to new challenges. While many iterations of what a driverless delivery vehicle might look like – from drones to street robots – are being conceived by numerous organisations including vehicle manufacturers and tech giants, more immediate alterations to how the driver is utilised will not only prove more beneficial to operations but also prove more likely in the short term. Minimising time lost while entering and exiting the vehicle and walking around to the side or rear doors is just one such inefficiency, resulting in an increasing uptake for cab-to-cargo walk-through systems.

But deliveries are just one small part of the modern commercial vehicle driver’s day.

Administrative work is becoming an increasing burden, and while many firms have converted their paper-based systems into digital ones there is still the need for a comfortable working environment. The Renault Master “work desk” is one simple example of manufacturers catering for the growing demand of office-like solutions for the drivers of their vehicles, and while the pop-out table isn’t available in right-hand drive, it, along with the increased standardisation of safety systems, above and beyond legislative requirements, does show that manufacturers and operators are taking greater care of the van driver.

If new powertrains launched over the coming decade are to be alternative, what will the vehicles themselves end up looking like? Electric vans are, for now, a simple conversion of swapping out the diesel powertrain and gearbox for the electric motors and battery cells.