IVOTY ANALYSIS: Mercedes-Benz Vans starts to get over its X

The three-pointed star brand is moving on following a flirtation with the pick-up market, George Barrow reports. 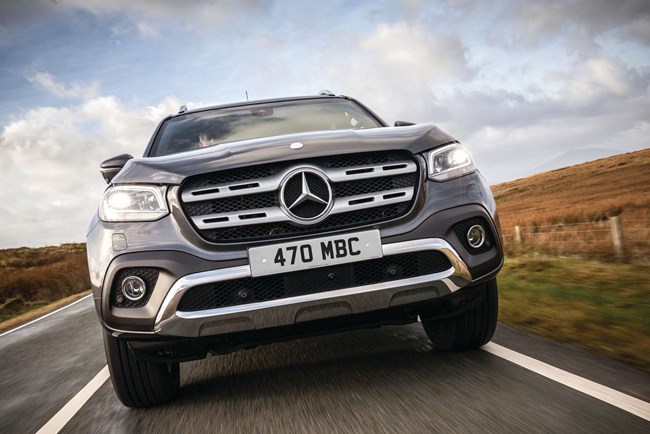 Merc describes the departed X-Class as a ‘niche model’

It’s funny how quickly the message can change when you no longer have to toe the party line.

In 2017, when the Mercedes-Benz X-Class was launched, there were not enough superlatives available to throw at the vehicle and how important it would be for the Mercedes brand across the world. Sales would, it was said, place it as one of the most important vehicles in the sector. Just over two years after its launch, however, and the noises from Stuttgart are already sounding different.

Head of Mercedes-Benz Vans, Marcus Breitschwerdt, took over from lifelong Mercedes man Volker Mornhinweg on 1 May 2019 having previously been head of marketing and sales for Mercedes-Benz Cars Europe, where he presumably would have been party to discussions over the apparent tug-of-war over where the X-Class would sit in the MB family.

Commercial vehicles won that internal battle, and while the X-Class might not have won the war, or even many followers, it allowed Breitschwerdt to now label it as “a bit of a Harley Davidson of the van division”. Whether or not the flashy X-Class legacy will be comparable to the most successful motorbike brand of all time in years to come will remain to be seen, but its 2,000 sales in the UK and the significant €3.1bn loss achieved by the Mercedes van division in 2019 does not set the X-Class’s stall out as one of the misunderstood masterpieces of its generation.

“The balance sheet, closing 2019, doesn’t look great,” Breitschwerdt says. “I don’t want to overdo it but we had some one-timers [costs] that are not regular business, one point being the fact that we have done a review of our portfolio and came to the conclusion that after the Latin American introduction of the X-Class was cancelled for business reasons, and that the X-Class has been a niche model, it is prudent to stop production and exit the segment by May. That comes with a price tag.”

The cost of the withdrawal from the market is one thing, but the price of the X-Class was perhaps the greatest talking point surrounding the model. While top-end units started from £38,350 (excluding VAT), even an entry-level X-Class would set you back £27,000. Timing was possibly also an issue and in its eagerness to capitalise on a booming market for pick-up trucks worldwide (the UK alone registered nearly 55,000 the year of the X-Class’s launch) it felt like the introduction of the X220d and X250d was hurried, essentially labelling it as a rebadged Nissan Navara, rather than marking out the fire-breathing V6 model as something very different to its stablemate.

Is it possible the lesser models tainted the impact of the more complete, and impressive, X350d, which arrived several months later? The X350d did, after all, incorporate Mercedes’ own V6 engine and a large proportion of its own technology and know-how in fine-tuning the driving experience, yet sales across the models were fairly even, demonstrating that some customers were perhaps willing to pay over the odds for the prestigious Mercedes badge. Sales were, however, a disappointment.

“It didn’t pull enough Mercedes customers into our showrooms and, honestly speaking, the price point might also have played a role,” Breitschwerdt says. “It is a niche model … [because] if a landscaper needs an open-back model you buy a Sprinter van with a flat back. For a functional commercial vehicle the American habit [of pick-up trucks] is not as much of a success model in Europe. It was a good decision to call it a day,” Breitschwerdt adds.