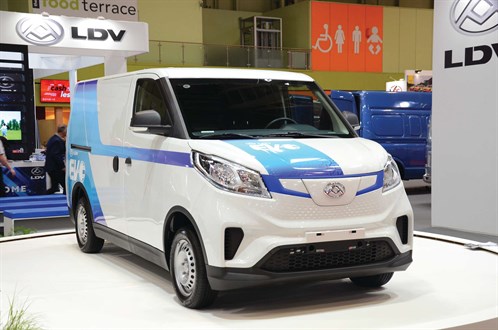 The brand formerly known as LDV expected to let the crowds know that it has changed its name to Maxus in the UK and Ireland, to come in line with other European markets.

The Chinese-owned brand will also showcase a new product, the Deliver 9. It’s a replacement for the ageing V80 and features a new platform and a 2.0-litre engine. It will be available with a choice of three lengths, three heights and front- or rear-wheel drive.

Electrification was going to be the big theme for Renault at the CV Show as the brand seeks to drive home its position as a pioneer in the field of zero-emission, plug-in vans.

Stephen Whitcombe, Renault UK’s head of brand for Pro+ Commercial Vehicles, tells What Van?:  “The credibility is with Renault because of its product.”

The manufacturer planned to showcase a variety of electric vans dressed in the livery of the companies for whom they are already in service. These would have included a DHL Master Z.E. panel van and a Kangoo Z.E. in operation with the Felix food distribution charity in London.

Whitcombe adds: “The fact they are already out in the market with blue-chip customers is the USP.” Renault also planned to provide visitors with the chance to test drive its electric vans.

Visitors could also have checked out a new flagship version of the Trafic medium van (pictured). Available to order from April, the Black Edition is priced from £27,950, excluding VAT, and is powered by either the dCi 145 engine or the dCi 170. Both 2.0-litre diesel engines can be paired with either a six-speed manual or dual-clutch automatic gearbox.

The Trafic Black Edition features black alloy wheels, Black Edition badging and graphics, and gloss-black detailing inside and out. A parking camera and climate control are standard, and optionally buyers can add a bodykit with a lower front bumper, side skirts and roof spoiler. Intriguingly, the Renault-owned budget brand Dacia, which withdrew the Commercial variant of its Duster 4WD at the end of 2017 when the first-generation Duster finished its run, had booked space at the NEC. It will be interesting to see what it’s got in store for the future. 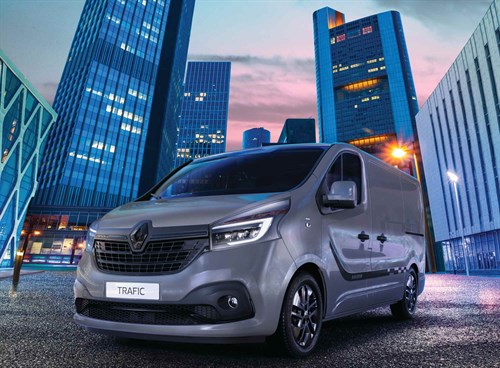