REMARKETING: Assessing the past year and the road ahead

2019 was a year when an unprecedented number of factors came into play. Tim Cattlin assesses the ups and downs in the used van market, and surveys the outlook for 2020. 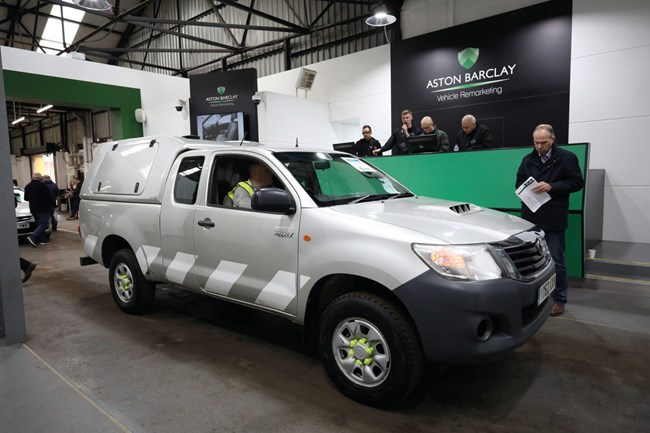 Aston Barclay saw a change in profile in recent months, with younger used vans with fewer miles on the clock

It’ll come as no surprise that this opening paragraph will contain the word ‘Brexit’.

When compiling this annual review at this time last year we were roughly on track for an exit from the EU by 29 March. There was still a lack of clarity as to what this might bring, but many could be forgiven for thinking that by the end of 2019 things would have become a little less uncertain.

Little did we suspect the political turbulence ahead.

The used van market is driven ultimately by consumer demand for goods and services. Economic confidence and stability are crucial to maintain this appetite, and in the past 12 months the consumer couldn’t be blamed for reining in spending, thus reducing demand for used vans to supply their products and leading to a tightening of the belt by the used van trader, keen to maintain his cash flow and reduce his exposure to a weakening market.

To throw another factor into the melting pot, the introduction of the Utra Low Emission Zone (ULEZ) in central London last spring (and the planned introduction in many other towns and cities) may well be a double-edged sword for the used van trader. While van operators may want to upgrade to a Euro6 vehicle to avoid charges, therefore stimulating the relatively late-used sector, the supply of non-compliant vans in these areas will rise coinciding with a lack of demand.

The new van market tends to track GDP and as a consequence consumer confidence. While new van registrations have remained generally buoyant and close to record levels, the latter part of the year has seen a declining trend. Some of this can certainly be attributed to registrations generated by changes in legislation (such as the Worldwide Harmonised Light Vehicle Test Procedure – WLTP), but there is a feeling that a weakening is becoming apparent. But has this change in mood been replicated in the used van sector?

Encouragingly, market-leading auctioneer BCA reported average used values were up by more than 3.0% year-on-year as we headed towards the end of 2019.

Tim Spencer, commercial vehicle sales manager of Shoreham Vehicle Auctions, has sensed a change in the last few weeks of 2019: “The used LCV market ended the year slightly less frantic than the rest of 2019, but generally demand was strong from buyers, and both lower-mileage ex-rental stock and 100,000 miles-plus vans with a full service history have been finding buyers at good prices.”

Citing how confidence may not have been affected to a great degree, Spencer adds: “Other than a few weeks in the summer where the market slowed down, demand has been strong during 2019. Traders have been buying stock to feed the increasing number of SMEs who are growing their businesses and are sourcing extra vehicles or replacing their current ageing vehicles. The market for the ex-rental 18-month old van has been very strong all year.

Geoff Flood, auction company Aston Barclay’s commercial vehicle sales manage, also reports a healthy year, but with subtle changes in the age/mileage of vehicles being presented for sale, which could help satiate the appetite for Euro6-compliant vans.

He says: “2019 has been a strong year for used vans at auction with prices averaging above £4,300 across all quarters. We have started to see a change in stock profile coming into the auction over recent months. Used vans are generally younger and with fewer miles on the clock, which may signal a change in fleet replacement cycles as well as vehicles travelling fewer miles.”