REMARKETING: Assessing the past year and the road ahead 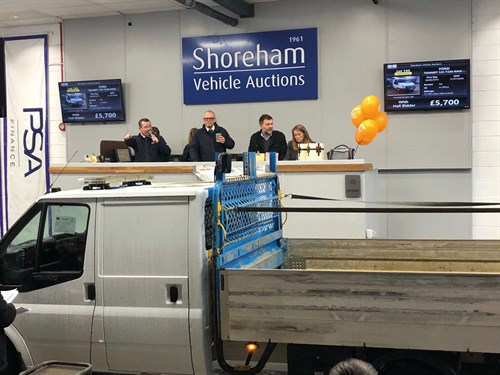 (Continued from page 1) Flood highlights some particular strengths that have been noticed: “Combi and high-roof vans have seen high demand in the year, as have higher-mileage vans with full service histories. Double-cab pick-up prices continue to rise. These are both workhorses and recreational vehicles and have a strong following in the used market. Corporate users are replacing these vehicles more often, probably because new prices and deals are very keen, and residuals remain strong.”

Steve Botfield, CV editor with automotive data experts Cap HPI, has seen little evidence of any lack of trade confidence: “In a year that can only be described as unpredictable with the political turmoil of the UK leaving the EU and an economic situation that has left businesses in limbo, we could have expected a depression in the sale of both new and used LCVs. However, the year panned out differently … due to several factors. The introduction of the London ULEZ and WLTP from January to August saw a record number of new vehicles registered from all sectors.”

Botfield continues: “As we moved into the final months of the year the new registrations tailed off and used buyers were able to pick and choose from a ready supply of vehicles. However, the demand increased, which could be partially linked to the reduction in new registrations we saw in the same period.

“During 2019 we also witnessed the demand increase for used electric LCVs, with a large defleet of vehicles from a utility firm which saw the guide values for electric vehicles (without leased batteries) increase by over 10% by the end of the year based on a three-year-old vehicle.”

Also noticing a rise in demand for used vans in the latter few months of the year, Andy Picton, chief commercial vehicle editor at valuation providers Glass’s, says: “Average sale prices in the wholesale market were strong at the start of the year, but came under pressure as more volume became available. As a result, average sale prices fell by over £1,000 during the first eight months of the year and first-time conversion rates tumbled as buyers cherry-picked the best examples.

Prices paid have recovered during the last quarter, as supply and demand have levelled up.

Over the year, average mileages of those vehicles sold has increased dramatically from [around] 63,000 miles to 77,500 miles. Greatest demand in the wholesale market continued to be for vehicles in the light van sector (Citroen Berlingo, Ford Transit Connect, VW Caddy etc.) and the medium van sector (Ford Transit Custom, VW Transporter, Renault Trafic/Vauxhall Vivaro etc.) and regularly make up between 60-70% of all sales. Crew vans generally have been particularly good news.”

So where does this leave us in 2020?  We have a new government with a strong majority, and a virtual certainty that Brexit will happen. Cap HPI’s Botfield says: “The introduction of more ULEZs will drive further demand for Euro6-standard vehicles for those businesses who have not yet switched.

“Supply of new vehicles will be paramount if business confidence returns now that the political situation has become more stable. If the new stock is not available, it will only improve the values of used vehicles.”

Glass’s Picton errs on the side of caution: “Economic uncertainty will continue into 2020.

Supply and demand will be a continuing factor, with the best stock seeing values remaining firm and the most poorly presented, or those high-volume models, coming under further downward pressure. Introduction of further clean-air zones during 2020 could see older stock start to come under greater pressure.”