The economic impact of lockdown has led to an increase in van break-ins, so what can operators do to protect their assets? 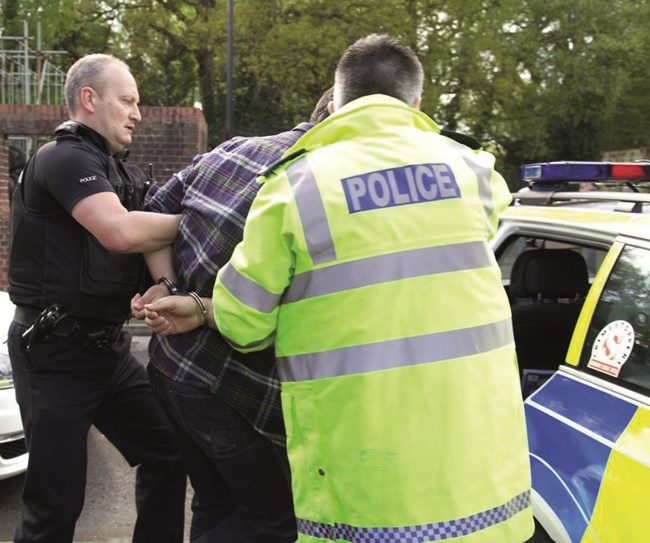 The UK economy is on a downward spiral as a result of the Covid-19 pandemic and the steps taken to combat it – and when the economy is on the slide, crime rises. So businesses must increase the measures they take to prevent their vans and their contents being stolen, warns Paul Nunn, marketing manager at commercial vehicle security specialists Maple Fleet Services.

Sales of anti-theft devices were already growing prior to the coronavirus outbreak, he says.

“We’ve seen a vast rise in demand over the past three to four years,” he reports. “Van owners are becoming increasingly aware that if they don’t have some security fitted then thieves will be in their vehicles within seconds.”

“You need as much security as you can get,” says James Bligh, national sales manager, specialist assets, at contract hire company Hitachi Capital Vehicle Solutions.

“It’s a never-ending battle,” agrees Sue Akam, marketing manager at Locks 4 Vans. The Kent-based firm points out that a van is broken into every 23 minutes in the UK, often because thieves want to steal any tools it contains. Tool theft from light commercial vehicles has increased by 54% in just two years, it says. It goes on to cite figures from specialist building services insurer ECIC that show that the average claim for such thefts was £2,685 in 2019.

Insurer Direct Line says that tools with a value of more than £23m in total were stolen from vehicles in England and Wales between 2017 and 2019 – and it is the expensive and hard-to-replace items that thieves are after. “The average value of a reported-stolen tool is £385, and less than 3% of stolen tools are returned to their owners,” Direct Line says.

Tools are not the only things that are taken.

The internet is littered with alarming stories of thefts of a wide variety of goods from home delivery vehicles whose drivers have grown busier as more consumers elect to shop online, and Maple Fleet Services says that 57% of van fleets experienced crime of some kind in 2019.

So what measures should understandably worried light commercial operators take?

Alarms can be fitted to alert owners to a break-in, and tracking devices can be installed with the aim of recovering a van if it is taken, but hard-pressed businesses would undoubtedly prefer it not to be stolen in the first place. Better physical security should be their first line of defence, and Maple, Locks 4 Vans and other anti-theft specialists can help.

Operators have been fitting extra deadlocks for several years. In recent times the design has improved, says Maple’s Nunn, with a hook-type bolt now available as an alternative
to a straight bolt that slides into a locking keep.

“Hook-locks are more difficult for criminals to lever open,” he explains.

Available too are externally mounted locks that can be secured simply by pushing the lock cylinder home, but require a key to release them. “They’re a good visual deterrent, and they’re effective too,” says Nunn.

Mounting a lock high up on a door makes the so-called “peel and steal” technique employed by some thieves more difficult to employ. That is where they take advantage of the lightweight construction methods used to minimise the unladen weight of vans to, quite literally, peel a door away from one of its top corners.

Home delivery companies should consider installing slam-locks on their van doors, says Akam of Locks 4 Vans. When the driver picks up a package for delivery all he or she needs to do is push the door shut, and it will lock automatically. A key is required to release it.

It ensures that only one of the vehicle’s doors can be opened at a time. It prevents the load area doors from being unlocked unless the cab doors are locked and the ignition switched off, and stops the van from being started if any of the cargo doors are open.

A single-use access code can be requested from Maple’s secure web portal to release the ActivLock system if the driver has accidentally locked his keys in the vehicle.

Commercial vehicles are increasingly equipped with reversing, forward-facing and nearside cameras on safety grounds. There is no reason why cameras that monitor the load area doors cannot be fitted too. As well as acting as a theft deterrent they can be used to confirm whether certain items went into the load area, and to prove that they were unloaded when the van reached its destination.

If criminals manage to get into your van’s cargo bay, then all may not be lost. Secure heavy-duty steel storage boxes can be bolted into a vehicle and used to house tools plus items such as hazardous chemicals – a potential danger to the public if they fall into the wrong hands.

Van Vault is one of the best-known producers of this type of container. It equips them with built-in locks designed to resist picking, drilling and cutting.

Thieves who steal the keys to a van and try to make off with it can be frustrated by Maple’s Ghost immobiliser, says Nunn. Using the vehicle’s own data network, it is disarmed by pressing existing buttons such as those on the steering wheel, door panels or dashboard in a particular order defined by the vehicle’s operator. This means that the van cannot be started with a stolen ignition key or fob – or one that has been cloned – unless the user knows which buttons to push and the sequence to follow.

Maple makes the point that Ghost does not emit any signals, which means it cannot be detected by scanning or code-grabbing technology. It is approved by TASSA, the Tracking and Aftermarket Security System Association, says Nunn.

Ghost could be especially useful if the vehicle happens to be fitted with a keyless entry and ignition system. Even if a thief manages to intercept its signal he will not be able to fire up the engine.

An alternative to Ghost is Maple’s Drivelock immobiliser. If it is in place then the vehicle cannot be moved even with the keys in the ignition and the engine running, unless a transponder worn by the driver is present too.

Another approach to security, says Akam, is to ensure that vulnerable areas on the van are shielded. Wiring looms may need protecting, for example, she adds, in order to ensure that criminals cannot access them in order to release the factory-fitted central locking system.

Factory-installed locks and their mechanisms can be shielded too.

Armaplate can supply Sentinel. It protects the vulnerable area surrounding a lock with a stainless steel exterior plate that is bolted through the door skin and then through a steel backing plate. It is especially effective when it comes to defending Ford’s Transit and Transit Custom, says the Bolton-based company, because it stops thieves twisting the lock barrel to gain entry.

The barrel is held in place with a thin metal clip, says Armaplate. Sentinel employs a far more substantial clip to counteract the twisting force, it adds, as well as the aforementioned protective plates.

Fitting extra security devices may result in your insurance premium being reduced, says major league specialist motor insurance broker Adrian Flux – which won the What Van? 2019 Insurance Company of the Year award and the Highly Commended accolade in the 2020 awards – but a lot will depend on the age of your vehicle and what you decide to install.

Vans built prior to 2002 tend to have fairly basic factory-fitted security systems, it points out. So if you equip them with a high-quality alarm/immobiliser you could get a 2.5-7.5% discount, potentially rising to 10% if you are lucky.

Upgrade from a high-quality electronic immobiliser to a combined alarm and immobiliser system on a younger van – a medium-sized panel van that is five years old, say – and you could enjoy a 2.5-5% cut, Flux says. Discounts of up to 10% may be available if you fit a tracking system.

Businesses that fit extra locks tend not to benefit from insurance reductions alas, despite their potential effectiveness. Security devices and the risk of theft are not the sole determinants when it comes to working out premiums. Other considerations are taken into account by insurers and are likely to be more important. They include the size and frequency of any claims van owners may have made before and the number of points on their driving licence.

Direct Line does not offer discounts for extra aftermarket security devices. Nor does Aviva in the majority of cases.

Says a spokesman for insurance group Admiral: “We use many rating factors to calculate as accurately as possible the risk a customer presents and the likelihood that they will go on and make a claim based on our claims experience over many years. None of them work in isolation, and the presence of security features is just one of the factors we use to determine a price.”