Backed by the might of PSA, Peugeot is well-placed to build on its strong position in the UK market, James Dallas reports. 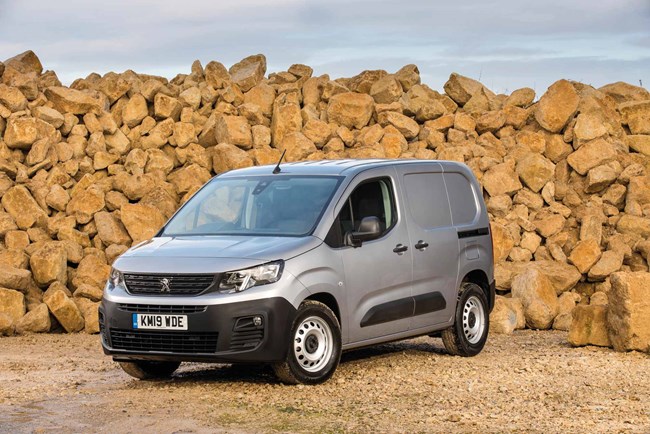 The Peugeot Partner’s capture of the What Van? Light Van of the Year Award for 2020, alongside its PSA stablemates the Citroen Berlingo and Vauxhall Combo, as well as the Toyota Proace City, which is the latest model to join the platform, ensured the van continued to surf the wave of critical acclaim that began when it scooped the International Van of the Year 2019 prize followed by What Van?’s Light Commercial Vehicle of the Year Award for 2019.

The Partner is now firmly established as one of the leading lights in its sector, and Matt Weston, Peugeot’s head of business sales, when contemplating the van’s continuing success, admits: “The What Van? award has no doubt played a part in this.”

Weston stepped into the role in September last year, replacing Louise Nielson, who moved to a different position within the PSA Group. He had spent the previous three years as LCV product manager for Peugeot and Citroen.

The Partner ended 2019 as the UK’s second biggest-selling light van behind Ford’s Transit Connect, but its total of 14,605 registrations (according to the Society of Motor Manufacturers and Traders) was actually marginally down on the previous year’s haul of 15,056.

Fewer than 2,000 sales separated the trio of PSA Group light vans last year and the Partner may have lost some business to the Combo, as customers returned to the Vauxhall brand in droves after the previous-generation model (a rebadged Fiat Professional Doblo Cargo) had lost ground. Overall, Peugeot sold 32,660 vans in the UK last year, a dip of less than 2% on 2018.

With the PSA Group so entrenched in platform sharing, buyers’ choices will inevitably be influenced by which brands nurture the closest customer relationships.

Weston stresses: “Customer service is fundamental to everything Peugeot does and is always our number one priority.

“There are many elements to ensuring Peugeot is the brand of choice for any prospective customer. This includes vehicle availability, provision of aftersales facilities, and a retailer network that can assist with the sometimes complex details surrounding fleet and business commercial vehicle requirements to offer a complete solution, rather than one selling point.”

He adds: “Platform sharing enables development of new technologies and vehicles to be undertaken whilst retaining competitiveness through shared costs.”

However, he does point out: “Peugeot retains USPs such as iCockpit and Peugeot Connect SOS and Assistance as differentiators alongside differing customer profiles and strategic retailer network locations.”

Traditionally, Peugeot has tended to perform particularly strongly in the large fleet sector – witness the number of Partners beetling about in Royal Mail livery – while its longest-standing PSA sibling, Citroen, has focused more on smaller businesses.

Weston says: “Peugeot continues to perform extremely well in the fleet arena,” but claims the brand “is experiencing continued, sustained growth in the SME marketplace”.

He adds that the BlueHDi 100hp Professional trim, standard length version of the light van remains the most popular variant but says the new Grip (with added traction control for construction businesses, for example) and Asphalt (designed for long-distance delivery work) versions are gaining in popularity.

At the start of this year Peugeot added a crew van to the Partner line-up based on the long-length version with the Professional trim level. It adds a second row of three seats, with a sliding and folding mesh bulkhead containing a through-loading hatch.

With the rear seats in place, there’s a maximum load floor length of 1,450mm and a load volume of 1.8m3, while with the rear seats folded the figures rise to 2,000mm and 3.5m3 respectively. With the front passenger seat also folded, and the through-loading hatch open, up to 3,050mm of load floor length is available, and load volume is extended to 4.0m3. The maximum payload is 850kg.

Weston acknowledges that alternative fuels are driving growth in the LCV sector even if they represent only a small proportion of sales: “We are finding that an ever-increasing number of both small and large fleets are choosing the Puretech petrol engine versions.” 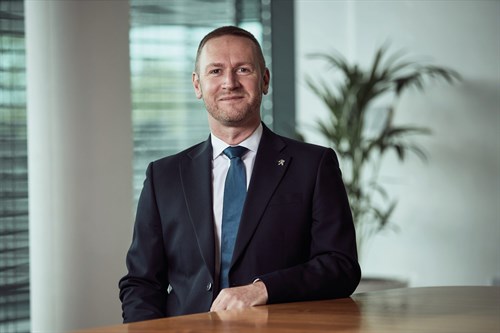