WHAT VAN? AWARDS - WINNER'S PROFILE: Master of its own destiny

With its electric van pedigree Renault looks set for the future, but the ICE hasn’t melted just yet, as James Dallas discovers. 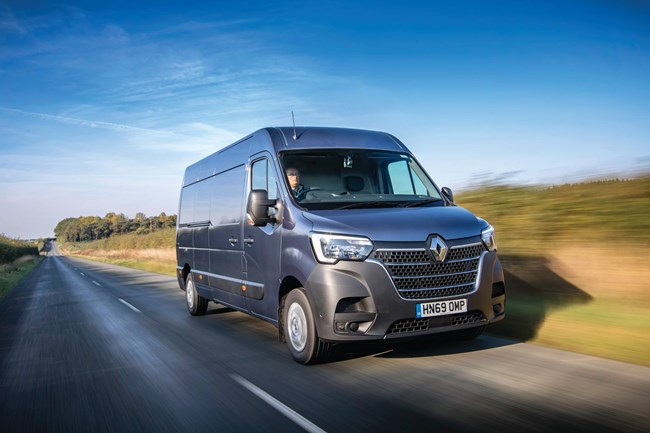 The Renault Master was crowned the What Van? Light Commercial Vehicle of the Year for 2020

Renault’s large van, the Master, has tended to be overshadowed by its bigger-selling siblings, the medium-sized Trafic and compact Kangoo, not to mention better-known names in the large van sector itself.

But What Van? recognised the myriad strengths of the Master, which was facelifted last year, by crowning the model its Light Commercial Vehicle of the Year 2020, together with the Vauxhall Movano.

The Master first appeared in 1980, but since the second generation arrived in 1998 it has provided a platform for the Vauxhall (and Opel) Movano.

Both vans are assembled at Renault’s factory in Batilly, France. This arrangement, however, will come to an end in the next few years when the Movano will come under the umbrella of Vauxhall’s new owner, the PSA Group, and likely become a rebadged version of the Citroen Relay and Peugeot Boxer.

Renault took the wraps of its revised Master in April 2019, revealing a handsome van sporting a restyled front end, with an elevated bonnet line and revised vertical grille, along with a new C-shaped lighting signature.

Changes have also been made to the cabin, including a revised dash and instrument panel, a fully integrated touchscreen and increased storage, up to 105 litres.

New LED lighting and entry and exit handles have been added to the load area. Engines are 2.3-litre diesels, available with up to 180hp and, depending on the version, compliant with Euro6d or Euro6d-Temp (6.2) emissions standards. These are paired with six-speed manual or six-speed automatic transmissions.

The Master also provides the basis for Renault’s off-the-shelf Pro+ conversions, a Luton box van, Luton Loloader, tipper and dropside, as well as remaining the backbone of the Accredited Converter scheme.

Renault’s LCV boss in the UK, Steve Whitcombe, is keen not to understate the van’s significance. He comments: “The Master has long been a competitive vehicle in the large van segment, and the recent updates have strengthened the competitiveness of the product, including new engine technologies, which have improved efficiencies and reduced TCO.

“The new Master’s qualities have obviously been recognised by What Van? judges, and we are delighted, as the accolade is held in high regard by van buyers.”

Whitcombe acknowledges the Trafic will always be a core model for Renault but adds that the improvements to the Master allow the brand to compete across the board. He adds what is in today’s market an increasingly important point, that “with Master and Kangoo [Z.E.s] we have established all-electric vans ideal for small businesses and large corporate fleets”.

The compact Kangoo Z.E. is well established, having blazed a trail for electric vans across Europe, and Whitcombe says the Master Z.E. is now moving the game on.

“We are committed to developing our established electrified LCV model range, and the Master Z.E. has proven popular with large corporate companies with challenges in last-mile delivery,” he explains.

While Whitcombe could not disclose details about Renault’s future product plans, he says the manufacturer’s strategy is to maintain its position at the forefront of emission-free technology.

“We will continue to expand the choice for customers of electrified LCVs,” he says.
Renault is also working to ensure its dealerships are prepared to sell electric vans.

“We are honing the Pro+ [retail] network of specialists, with renewed training on both selling and maintaining electric vans and ensuring that the facilities are well suited for our product offering.”