IVOTY Analysis: The future is coming on

George Barrow gets to glimpse the shape of things to come at the Consumer Electronics Show. 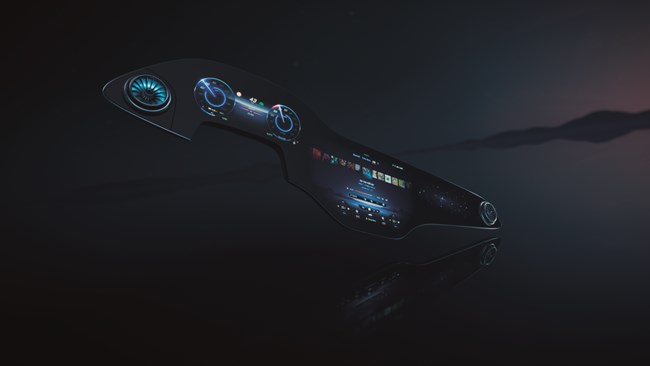 I think it is fair to say that 2020 would have been a lot easier if we’d had some form of a crystal ball, but when it comes to anything related to automotive and mobility, there is one place that is proving to be something of a divination destination.

The Consumer Electronics Show (CES), held in Las Vegas every January, is where tech companies big and small flock to show their latest products and, more importantly, their visions of the future. Vehicle manufacturers have also been using it as a platform to showcase a number of their new innovations.

Electric vehicles have, understandably, come to the fore in recent years, with smaller names like Fisker exhibiting whole-vehicle concepts alongside giants such as BMW and Honda.

Unlike a traditional motor show (because CES is not one), it’s not just about finished metal, however: anything, whether it’s software, a small piece of hardware or just an interesting idea, can be equally celebrated. As a result, more and more manufacturers are gravitating to the event to highlight the gains they are making in this area.

This year, an all-digital version of the event was held. While there was the usual release of new mobile phones, laptops, gaming systems and smart TVs, there were also plenty of new and futuristic vehicle concepts.

CES 2021 had an array of vehicles on show. This included both the conventional, like the Audi RS e-Tron GT, the BMW iX and even an electric Hummer, and the more unorthodox,
like a flying Cadillac eVTOL.

One particular piece of technology making its debut that commercial vehicle drivers might recognise was the Mercedes-Benz Hyperscreen – a stretched door-to-door version of the 10.25in MBUX infotainment screen, which first launched in the Sprinter van. Earmarked for the upcoming Mercedes-Benz EQS electric saloon car, could such a dramatic bit of interior technology find its way into a van of the future?

If you cast your mind back to September 2016, when Mercedes-Benz first showed the Vision Van Concept at the Hannover IAA (it also presented the Vision Van at CES in January 2017, the brand’s first appearance at the show) and its large futuristic, almost wrap-around cockpit, then the incoming Hyperscreen isn’t a million miles away from that concept.

Things have moved on substantially in terms of what is expected by van drivers, with touchscreens invading every facet of our lives. But for a concept that once would have seemed radical, suddenly a wrap-around touchscreen dash looks like a natural progression. It goes to show how far technology and the commercial vehicle industry is progressing.

It’s not just small changes you’ll find at CES, nor is it only traditional van manufacturers that are looking to visualise the future. CES 2021 saw a huge growth in mobility and delivery concepts, with one of the most intriguing being General Motors’ BrightDrop EV600 electric van. Mary Barra, the company’s CEO, called it an “opportunity to reimagine how goods are moved”, describing the new business, which also includes a motorised delivery pallet called EP1 as well as tracking and utilisation software, as “commercial delivery and logistics for an all-electric future”.

Barra said: “BrightDrop provides an ecosystem of smart connected products including electric vehicles and software enabled services offering commercial delivery companies a platform for sustainable growth. BrightDrop represents an all-new approach with a dedicated platform... it aims to provide this sector with products, software and services as well as the support they need to move goods from warehouse shelf to front door as efficiently and safely as possible.”

The EV600 is built with GM’s new Ultium technology, a modular platform and battery system that will provide up to 250 miles of range. The van is also purpose-built to carry the EP1 electric-propelled pallet, which has been designed to transport goods from the delivery van to the front door and can be joined together as it drives at up to 3mph (depending on the courier’s walking pace) as they are led down the street. Both have a fleet management software system that oversees battery usage for both the van and the pallets. US parcel giant FedEX Express is due to be one of the first customers when the vehicle reaches production at the end of this year.

“BrightDrop’s goal is to transform delivery and logistics for an all-electric future. It includes a range of connected electric products and the tools and services to make them work together, efficiently and intelligently and all with less impact on the environment,” explained Pam Fletcher, GM’s vice-president of global innovation.

While Mercedes and GM are very much the big guns at an event like CES, there were others looking to stake their claim with new vehicles and ideas. Among them is Chinese company Cenntro, which unveiled an all-electric urban delivery vehicle with retro styling akin to a Mk2 Transit. With a 220-mile range and 2.5t payload capacity, Cenntro has ambitions to take the new CityPorter to market in both the US and Europe.

With built-in telematics for fleet management, much of what is on show at CES is about the systems as much as the product and while there might not be a way of predicting the future, events like this provide insight into what will be coming next. One thing that CES can predict though is that nothing is predictable, even in the world of commercial vehicles. 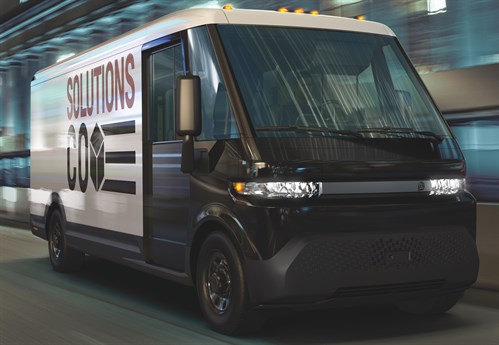 BrightDrop will launch its all-electric van in the US towards the end of 2021 with backing from blue-chip companies. The EV600 will have a 250-mile range and be capable of taking a rapid charge of up to 120kWh. It has a 17m3 load volume and 2,500kg payload, with a gross vehicle weight of 4.5t. General Motors says the EV600 will have a range of leading safety features, including lane keeping assist, forward collision alert with pedestrian braking and blind spot warning, and cross traffic assist. What’s more, there’s assisted parking, automatic headlights and HD surround vision to give you a full view around the vehicle. The loadspace will also benefit from motion sensors to enhance security.

Of all the commercial vehicle-related products to make it to market first from CES 2021, the EP1 is perhaps the most surprising – but a robotised pallet does have its benefits. General Motors believes it will reduce package touchpoints, as well as costs and the physical strain on delivery drivers. With package volumes exploding in the past 12 months due to the pandemic, the EP1 should help lower the burden on delivery drivers with room for 0.65m3 of parcels weighing up to 90kg. EP1s can be joined together into a train to increase volumes, while the shelving units are fully adjustable to allow a variety of different sized parcels to be carried.

I don’t know if you’ve noticed, but there’s been something of a gold rush on the stock market of late around automotive tech firms. With all the publicity around Elon Musk, it’s hard to ignore the heady heights that Tesla’s stock price is achieving. But, while following the plight of GameStop shares in the recent Reddit versus Wall Street furore, I decided to explore other areas of the supply chain experiencing their own booms.

For example, lithium suppliers and processors have seen enormous growth achieving massive price increases. From a top battery supplier like Ablemarle with a peak 384% rise in its share price over the last 52 weeks, to lithium miner Sociedad Quimica y Minera de Chile, which rose by 399% over the same period, there’s a rush to invest in the core principles of EVs.

Of course, EVs are reliant on a charging infrastructure, which is probably why Florida-based Blink Charging is one of the few companies I’ve found that can make the 1,285% 52-week market low to market high swing of Tesla look small. From $1.25 in March 2020 to its highest price to date at the end of January, Blink Charging has seen a staggering 5,160% growth in its stock price.

Now I’m no investor, but people far more savvy than I are hurriedly backing all avenues of the electric revolution. Will this lead to a disruptive commercial vehicle maker rising to the fore? I do hope so.