The Arval Mobility Observatory reveals companies of all sizes are facing up to the challenge of transforming their fleets. 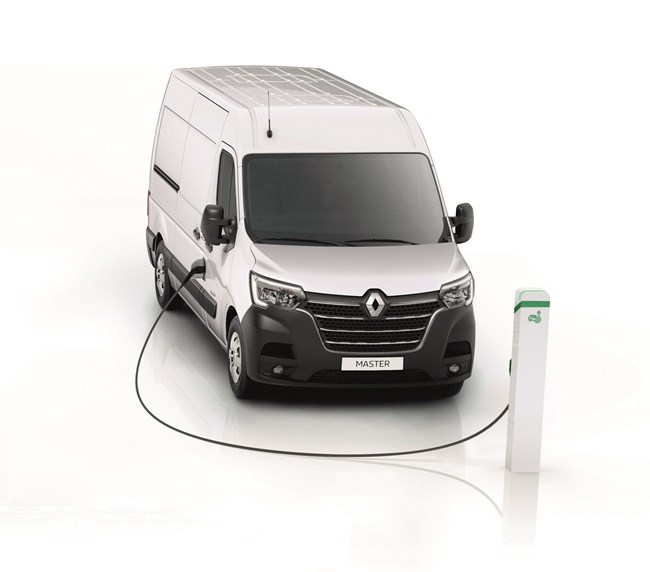 The government’s decision to make cuts to the plug-in van grant will not stop the march towards electric vans, according to Shaun Sadlier, head of the Arval Mobility Observatory (AMO) research platform, which conducted a survey of 300 UK LCV operators.

“The most eye-catching finding of the Arval Mobility Observatory Barometer this year concerns the appetite for and rate of adoption of electric vans. In three years time, for all respondents, the penetration of electric light commercial vehicles (eLCVs) on fleet is projected to be 37%,” said Sadlier, who pointed out that with two fleet renewal cycles at most before the 2030 deadline to phase out the production of petrol and diesel vehicles, operators must prepare to make the switch now.

AMO covers SMEs with up to 10 employees, companies with between 10 and 99 staff, those with 100 to 999 on the payroll and corporations with a workforce of more than 1,000. Understandably, their responses reflect a range of priorities and resources but also show a degree of unity.

While 17% of respondents predict more than half of their fleet will be electrified in some form by 2024, 44% are aiming for more than 20% penetration in that period.

The largest companies expect almost half of their fleets to be fully electric in three years time, compared with 32% of the smallest businesses, which express a higher interest in hybrid technology as a stepping stone to going fully electric than the biggest fleets.

“[A] striking point on responses to electrification is their consistency across all fleet sizes,” noted Sadlier.

“While it appears that larger employers will lead the way to some extent, it would not be an exaggeration to say that the vast majority of all van fleets are planning to embrace electrification over the next few years, at a rate that can only be described as rapid.”

Companies gave a range of reasons for going electric, including reducing fuel costs and lightening their environmental footprint, as well as being able to drive in low emission zones. A less cited incentive was to improve the company’s image.

“Notably, fuel economy of electric over petrol or diesel is clearly seen by van operators as a major plus point,” Sadlier said. “One-third of fleets already believe that total cost of ownership for electric vans is competitive with petrol and diesel equivalents. If the cost argument for adoption can be won at a managerial level, adoption is likely to happen much faster.”

The AMO also canvassed businesses about the risk assessments they had carried out in response to Covid-19 and found the vast majority had taken action to protect their employees.

All companies have been limiting the number of people travelling in a van but smaller businesses are more likely to leave hand sanitiser in their vehicles, while companies with the most people sharing vans have taken measures such as partnering or establishing fixed teams to reduce contact between employees. They are also more likely to deep clean cabs between driver changes and install screens to separate occupants.

Sadlier said the level of diligence was constant across different fleet sizes, but added: “Smaller businesses will always tend to have access to more restricted resources than their larger counterparts, but even here we can see that 80% of those with fewer than 10 employees are taking the issue of risk seriously.”

The survey revealed four out of five fleets undertake conversion work on their LCVs. Unsurprisingly, the largest companies carried out more major modifications, while the smallest businesses made the fewest changes.

Larger businesses were also found to be most likely to require out-of- hours servicing, and to seek financial and legislative advice or technical and operational consultancy in respect to their LCV fleets.

However, the starkest contrasts between large and small companies were found in the adoption of telematics: the bigger the business, the higher the uptake.

“More than half of our respondents (54%) are using some form of telematics technology,” said Sadlier.

“However, there is a wide difference between smaller and larger businesses. The penetration among those with more than 500 employees is almost eight out of 10 (79%), while for those with fewer than 10 staff it is just 25%.”

Vehicle security, location and driver monitoring were cited as the main benefits of telemetry.