The Brexit deal could require LCV operators to comply with heavy truck rules to work in mainland Europe. 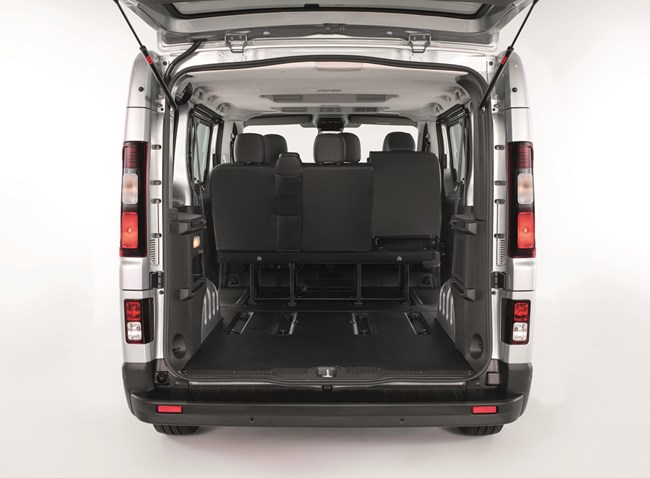 Businesses that transport goods in vans that gross above 2.5t may soon require a heavy truck-style operator’s (O) licence if they send them to EU countries.

As things, stand an O licence is not required unless a company runs vans at above 3.5t. Any lowering of the weight threshold will result in significant extra costs and complications for operators that are affected.

The possible change is a little-known consequence of the Brexit agreement. It is set out in Article ROAD.6(d) of the Trade and Cooperation Agreement and could come into force as early as 21 February 2022.

Nor will it solely apply to light commercials travelling across the English Channel to France and beyond. Vans travelling from Northern Ireland to the Republic of Ireland will be caught by it too.

“There is no exemption from this requirement under the Northern Ireland Protocol so far as we are aware,” says James Firth, head of road freight regulation at Logistics UK (formerly the Freight Transport Association).

To obtain an O licence, the business concerned will have to demonstrate that it has the necessary funds available to run its vans safely and legally. This is  £1,600 for the first vehicle and £800 apiece for all further vehicles.

“This and all the other requirements are likely to apply to every van the company operates, not just those used on international work,” warns Firth.

In addition, the company will have to retain a transport manager who holds a management certificate of professional competence or equivalent qualification, and show that the people running it are of good repute. They will not be considered to be of good repute if, for example, they have been convicted of more than one serious offence resulting in a sentence of more than three months or a fine of more than £2,500.

Small businesses caught in this net may even find they can no longer park their van on a domestic drive but will instead have to keep it at a designated operating centre, which could be on an industrial estate several miles away.

UK primary legislation will have to be amended to implement a licensing threshold reduction, Firth notes.

One way of avoiding being caught in this O licence net is to run a lighter van if possible, while ensuring that it is not overloaded. To pick an example at random, the Toyota Proace City Icon Short, which What Van? road tested last year, can handle a 1,000kg gross payload, boasts a 3.3m3 load area, yet has a gross weight of just 2,365kg – below the 2,500kg threshold.

Another approach is to find a different way of shipping the goods if practical, by using one of the big international parcel companies or pallet networks, for example.

A third option could be to bite the bullet, obtain an O licence, then run a bigger-capacity vehicle, such as  a 5.0t van. The main advantage of this would be the ability to carry more items on a single journey.

However, doing so would require a driver with the appropriate driving licence entitlement, a tachograph would need to be fitted and the driver’s employer would be subject to the heavy truck driver hours regulations.

Elsewhere, businesses running double-cab vans with a second row of seats may soon be hit by a different set of challenges thanks to a long-running legal dispute between HM Revenue and Customs (HMRC) and Coca-Cola European Partners Great Britain; a dispute that HMRC has so far won.

The clash centres around the tax status of double-cab vans provided to company employees who are allowed to use them privately. HMRC argues that they are cars and that private use should result in the individuals concerned being taxed on the benefit-in-kind they receive at car rather than van rates, which means they are obliged to pay more. It further contends that their employer should pay more national insurance contributions.

Coca-Cola disagrees on both counts, but in a decision last August the Court of Appeal sided with HMRC. However, the drinks giant has indicated that it wants the matter to be determined once and for all by the Supreme Court, the final arbiter in such matters.

Should the Court of Appeal decision stand, then the tax bill for employees with private use of these vehicles and their employers all over the country could potentially rise because a precedent will have been set.

There is one crumb of comfort, however. “The decision has no bearing on the treatment for tax and benefit purposes of double-cab pick-ups,” HMRC states, despite the fact that they too have rear seats and often boast a remarkably high level of comfort.