Executive jets screaming into the skies cannot be classed as environmentally friendly. Yet that was the backdrop to the new ITT (Innovation and Technology in Transport) Hub exhibition. 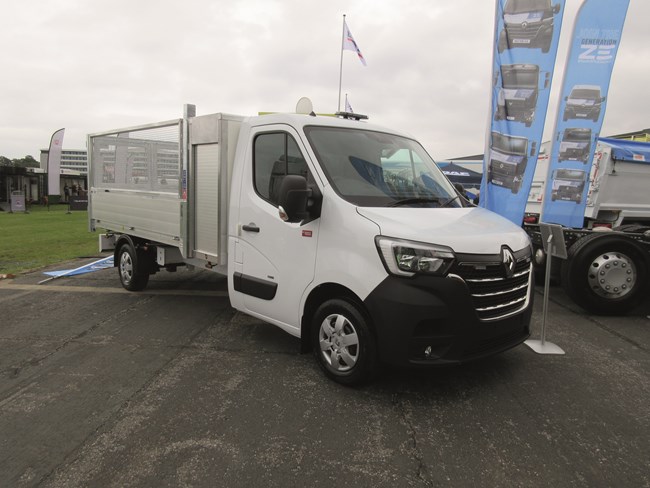 A new two-day van, truck and bus event showcasing green technology has been held in Farnborough, Hampshire, right next door to a busy airport runway.

The howl of aircraft engines was an odd accompaniment to a show centred around the reduction of CO2 emissions.

Marketed at 3.5t and 4.25t as a van and as a chassis cab, it comes with the choice of two battery packs; 47kWh or 79kWh. Claimed ranges between recharges are 146 miles and 230 miles, respectively.

With a revised line-up of diesel engines, a restyled exterior and interior, and changes to the infotainment system, the Ducato has been upgraded.

A combination of high demand as the Covid-19 pandemic abates and shortages of key components, such as semiconductors, affecting all manufacturers means that customers are having to wait a lot longer for the vans they need.

“Many manufacturers are talking about delivery dates in the first or second quarter of 2022,” says Chamberlain. “Order one of our new Ducatos from the factory, however, and it should be delivered during the fourth quarter of this year.”

Poor availability of new vehicles, combined with the understandable unwillingness of fleets to dispose of their existing vans before their replacements arrive, has resulted in a shortage of desirable used light commercials. Those that are available are commanding high prices.

“They’re not quite reaching the price of new vans, but they’re certainly going in that direction,” he observed.

The cost of new light commercials looks set to increase too because raw materials, such as steel, are becoming more expensive. A proportion of the price rises imposed on manufacturers by their suppliers will almost certainly be passed on to customers.

“We can only squeeze our margins so much,” Chamberlain remarked.

The E-Ducato was not short of rivals at Farnborough. On show too was the new electric eDeliver 9 from Maxus – formerly known as LDV – with a claimed range of up to 219 miles.

Renault Trucks exhibited a battery-powered Master Z.E chassis cab at 3.5t for the first time. The show vehicle was an alloy cage tipper bodied by Stevens with a 33kWh lithium-ion battery pack, a 57kW electric motor and a claimed range of just 75 miles.

“We’re getting a lot of interest in the 3.5t Z.E chassis from the supermarket home delivery fleets,” said Renault Trucks head of light commercial vehicles, Grahame Neagus. That is despite its comparatively modest range.the Master is also sold through the Renault car and van network.

Switching to diesel vehicles, Ford was exhibiting a new Transit-based refrigerated van conversion, executed in conjunction with body builder Paneltex. Fitted with a GAH fridge unit and available in chilled or fully frozen guise, the vehicle is being sold under the Blue Oval’s ready-to-go-to-work One-Stop scheme.

A chilled or frozen Transit Custom is being produced and marketed under the same arrangement.

Order a Ford van today, and you may have to wait until next year for it to arrive, depending on the model and variant. In the meantime, prices are increasing, with base specification Transits increasing by a typical 1.5%.

The long-awaited electric Transit is set to arrive in UK dealerships at the end of this year, although the date of its first appearance could slip into early 2022. “It will offer a range of up to 217 miles,” Brooks said.

Iveco was busy promoting the recently-revised Daily along with the environmental advantages of compressed natural gas. Overshadowed, as always, by the vehicle manufacturers, other exhibitors at the show were offering an extensive variety of goods and services.

Wheely-Safe was marketing a package that includes sensors that can help prevent wheels coming adrift while a van is in motion. Brake and hub overheating and low tyre pressures can be detected too, the company adds.

SmartDrive was extolling the virtues of an in-cab device, which it says can sound the alarm if it spots that drivers are distracted by something and aren’t concentrating on the road ahead, or are getting sleepy.

Sunamp was discussing thermal storage technology, which employs so-called heat batteries to store heat and cold for a variety of applications. They can be used to keep the cab of an electric van warm in winter to reduce the drain on its traction batteries, or maintain the cargo area of a refrigerated van at the correct temperature.

Next year’s ITT Hub show will be staged once again at the Farnborough International Exhibition and Conference Centre, on 11–12 May. If more van manufacturers exhibit, then it could be worth a visit.