Tim Cattlin talks to industry experts about how the used vehicle sector coped with the unique challenges of 2020, and asks what might happen next. 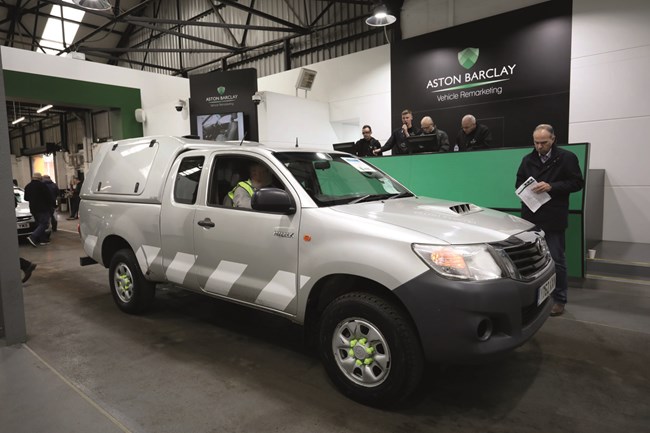 When I sat down to write this review at the same time last year, I, along with the rest of the world, had no idea what lay ahead in the months to come. The predictions for the year soon became irrelevant, with Brexit challenges being eclipsed by the coronavirus pandemic.

“The move to online shopping and the need to put in place social distancing measures meant demand for commercial vehicles, both new and used, was high.”

Highlighting how supply constraints positively impacted used vehicle demand, Botfield says: “New vehicles were hard to obtain due to a number of factors. Manufacturers were less inclined to build for stock, in part due to uncertainty over Brexit and potential tariffs.

“Factory closures due to what is now being called a pandemic, and then social distancing and safety measures, meant that fewer new vehicles were available for the surge in home deliveries. There were also logistics issues during and after the April and May lockdown, meaning vans that were built were subject to delays being delivered. The lost production of new vehicles was lost for good; this of course meant the demand for used vehicles from March onwards continually pushed prices up for vans, whether it was a one-year-old or 10-year-old vehicle.”

Andy Picton, senior commercial vehicle editor at Glass’s, saw a stratospheric rise in used van values, generated by high demand and a lack of supply. “In March, the average selling price at auction was £5,390. By October it had risen to £8,116 – an increasse of 33.6%,”
he says. “Thousands of vehicles were being sought after by courier companies but fleet operators, aware of lengthy lead times for replacement vans, were putting defleeted vehicles back on the road on short-term contracts.”

Despite auctions being held online only, Picton notes that conversion levels (the proportion of vans sold at first attempt) were at a record high.

“There is high demand across the board with particular strength in late-year, low-mileage vehicles, which have been in short supply,” he adds.

James Davis, commercial vehicle customer insight and strategy director at Manheim, concurs: “We’ve seen the valuation guides chasing a rising market, up 20% on pre-pandemic figures, driven by a self-employed market that has largely continued to work during lockdowns and supply chains of new vans being suspended globally.”

Davis also noticed a rally in prices achieved for Euro 6 stock. “New vehicles continue to get more expensive in list price terms,” he says, suggesting that buyers are looking
for alternatives.

Alex Wright, managing director at Shoreham Vehicle Auctions, adds: “At the outset of 2020, we predicted that the used van market would go from strength to strength – little did we know just to what extent and for what unknown reason.

“By June, we were reporting that history was being made, with pent-up demand for vehicles reducing stock levels to a point where prices had risen by 30–40%. During auctions we saw some stock make £1,000 or £2,000 more than it did seven days earlier.”

Wright continues: “I’d never seen anything like it – some dealers were buying vans wholesale on a Tuesday for more money than they sold vans to a customer for on the Monday, but they knew that was simply how the market was.”

Citing how buyer behaviour has had to change, James Dower, account director at CD Auction Group, says: “Strong demand characterised the market in 2020, and both vendors and buyers quickly adapted to purely digital channels. It’s a time of digital disruption, and the pandemic has accelerated long-term trends. There are clear efficiencies from digital channels.”

So, where does that leave us moving forward into 2021? Gareth Kaye, group van franchise director for Motus Group, thinks that there’s little chance of the used market weakening any time soon. “Supply for anything retailable is low and demand remains high, driven by home delivery, logistics suppliers and the construction industry,” he says.

“With a 20% decline in new registrations last year and extended lead times through Real Driving Emissions Step 2 (RDE2) test complications, plus of course Covid-related issues in the countries where vehicles are built, there is likely to be an effect on the supply of late-plate vehicles. In summary, I think 2021 will be – once lockdowns are lifted, all being well – much of the same.”

Wright agrees, with a promising recent observation: “Despite the UK entering a third lockdown, the demand for vans has not abated, nor has the shortage of supply eased. The result was that [Shoreham’s] first online van sale of the year broke records, with some vehicles selling for over £1,000 book price.”

Davis, meanwhile, suggests that demand will continue to be driven by unique, lockdown-driven factors, which he describes as “revenge spending”. “Consumers have saved money from [cancelled] holidays [and switched to] home improvements, which results in a demand for services from small businesses and the self-employed.”

Botfield notes that the van market was resilient in the after effects of the last global recession. “The commercial vehicle world was one of the first sectors to bounce back, and it bounced back strongly,” he says.

“Although these circumstances cannot be compared to the pandemic, we all need food to be transported, medicines to arrive on time, to have that leaking roof repaired and our
online purchases delivered. In all cases, a commercial vehicle will be used somewhere in the chain of events. Therefore, it could well be another strong year for the LCV.”

Picton adds: “We have seen a continued shortage of vehicles being remarketed during the first part of the year. Brexit, redundancies and an uncertain economy have all had an influence. Add to this demand stimulated by the ongoing shift to home delivery, new start-up businesses and continuing delays on new stock.”