Remarketing: When the chips are down

A severe shortage of semiconductors (or chips) – a vital component of modern vehicles – is causing huge delays in the supply of vans. So, what are the implications for the used market? 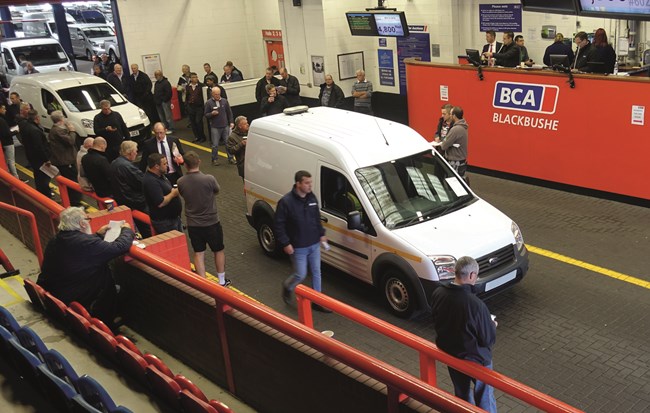 Major fleet users – the primary feeder channel to the used van market – are unable to secure new vehicles and are extending contracts well past their original end dates. Phillip Nothard, chair of the Vehicle Remarketing Association (VRA), said: “While some fleets have received new vehicles, the increased lead times in new vehicle production and continual lack of supply has slowed their decisions to move older fleet vehicles on to remarketers.

“This has a knock-on effect on nearly new vehicle supply for dealers. It isn’t a long-term solution, however, because it’s unsustainable to extend contracts throughout the pandemic, due to a lack of a logistics network, and subsequent supply constraints lead to increased SMR [service, maintenance and repair] costs.

“Running older vehicles incurs further costs for fleets, longer repair times and an increased risk of breakdowns for drivers. This results in efficiencies of the fleet operators becoming unproductive, which impacts utilisation.”

With fleets currently having little alternative but to retain these older vans, the resultant lack of supply into the used market – combined with an unprecedented demand from small businesses that are seeing record levels of interest in their products and services – means that prices are at unparalleled levels and still rising.

Making matters more acute, businesses that normally buy new are looking at used vehicles as a solution to the supply issue. Andy Picton, chief commercial vehicle editor at Glass’s, said: “The current supply issues are likely to last well into next year, if not longer. Prices have increased across all age groups, with the greatest demand for Euro 6 stock. As a result, late-year Euro 6 prices continue to increase and are not expected to level off until raw material and semiconductor issues are resolved.

“Currently, anyone looking to buy or lease a new van has little choice but to select from the ever-diminishing number of vehicles already in stock, in the colours and configurations that are available and with the options they are built with. This is pushing buyers into the used market to snap up late-year vehicles,” he continued.

“We are even seeing franchised dealers that cannot obtain stock for their own forecourts moving into the used market as well. This is adding demand in an already competitive market, with prices for late year stock continually on the rise.”

Steve Botfield, senior editor for commercial vehicles at cap-hpi, thinks the situation has been compounded by previous disturbances in the market. “Looking back as far as 2016 in the used market we have not had a normal year, with the market being influenced by the introduction of the Euro 6 emission standard in 2016, Worldwide Harmonised Light Vehicles Test Procedure (WLTP) and Brexit in 2019, and of course the pandemic in 2020. These events have all affected the used vehicle stock levels entering the market, and 2021 is no different.”

Is there a glass ceiling for these used van values? Is it foreseeable that rare, late used vans could actually sell for higher than the usual sale price of its new equivalent? Gareth Kaye, group van franchise director for Motus Group (UK) thinks that, as the trade relies less on traditional valuation publications for guidance, anything is possible.

“We are seeing cases of people paying the same price for a 12-month- old vehicle as it was sold new, but this is only where the vehicle is high spec and low supply,” he says.

“I keep saying we seem to have it [the ceiling] but then the guides seem determined to walk prices even higher. There is definitely a move in the trade to stop looking at the guides, and consider retail prices less and preparation costs more than ever. The car guys have moved to using Auto Trader retail more than CAP trade figures for purchasing and, if the guides continue to be so slow at reacting on van prices, that [trend] will only grow.”

Cap-hpi’s Botfield added: “With prices increasing month-on-month being driven by the demand and competition for stock to fill forecourts readying itself for the vacuum of new vehicles later in the year, in the coming months we will see if the ceiling has been reached to values if consumers have been able to return to some form of normality and their current spending patterns change, or if the standard of vehicles starts to deteriorate due to the additional use.”

Many in the industry feel the ‘overheated’ values being seen at present are a bubble that is waiting to burst, leaving dealers having to write down thousands of pounds off stock and, if the leasing industry have taken a view that high values are sustainable and have underwritten new business using high predicted residual values, losses will be incurred on disposal.

The VRA’s Nothard isn’t too worried: “Even when supply shortages recover, the rest of the market won’t stabilise quickly and there is no immediate concern of oversupply and subsequent pricing freefalls. Shortages are set to continue into 2022, which means retailers will utilise the used sectors as an important source of revenue. It won’t be until the fourth quarter of 2021, where the indicator for the balance between
supply and demand is felt in terms of the economy’s strength.”

Glass’s Picton also thinks that it’s not an easy call. “A lack of new stock now will mean there will be a shortage of used stock in three to four years from now,” he says. “Those vehicles that do return to the market will be older, with higher mileages and possibly in poorer condition. The growing switch to battery electric vehicles will also see some fleets decide to run them over longer contract periods to make the costs work. So, in the medium term, prices for the best stock should still remain strong.”

Gareth Kaye from Motus Group broadly agrees: “The reduced new vehicle supply of 2020/21 becomes the supply shortage of 2023/24 so, while there will be some increase of supply, I don’t see massive price falls anytime soon. I do think some specific models are massively overvalued and there will be big hits for dealers holding big numbers.”

Stuart Pearson, COO of auction group BCA, is optimistic in the short term: “Given the general increase in consumer activity as the UK slowly reopens, it is quite likely that we will continue to experience high levels of demand for LCVs in the weeks and months ahead.  Looking ahead, we expect that demand in the wholesale arena will typically continue to outstrip supply and values will remain strong.  This is likely to be across the board in terms of product and age/condition profile, as buyers chase stock that may be typically older or in poorer condition than they would usually buy.”