Security and insurance: Thieves and insurers back in business 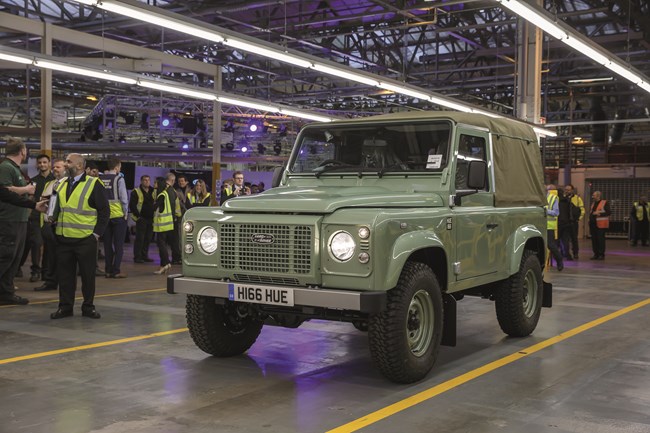 Light commercial insurance premiums are set to rise as the pandemic abates and thieves return to what they love doing most – stealing vans and their contents.

“Premiums have not risen this year as we’ve been in lockdown, and the frequency of claims has been lower as a consequence,” says Gerry Bucke, general manager at insurance broker Adrian Flux.

Measures to combat fraudulent whiplash injury claims due to be implemented at the end of May should dampen down premium rises too, he adds. Such claims have landed insurers with massive bills in recent years.

“However, it’s inevitable that insurance costs will go up a little from 2022 onwards as the number of thefts and claims get back to the sort of levels we became used to before the pandemic,” Bucke adds.

Some insurers report that they are already seeing premium increases driven by the burgeoning number of light commercials engaged in home delivery work and the consequent rise in the number of claims recorded.

A trend that could push premiums upwards is the length of time businesses are having to wait for vehicles to be built to replace vans they have owned from new that have been written off in an accident.

“We’re finding that more commercial customers are buying new-for-old policies, which mean that if their van is written off during the first two years of ownership then they are provided with a new like-for-like vehicle,” says Jodi Daubney, managing director of credit hire company Magna Accident Services. “Bear in mind that they are entitled by law to be put back into the position they were in prior to the incident.”

However, the global shortage of computer chips and its impact on LCV production means that delivery times for new vehicles have risen significantly. “They’ve extended to January 2022 for some models,” Daubney says.

This means that companies with vans that have been scrapped after an accident that was not the driver’s fault have to rely on vehicles funded by insurers on a credit hire basis for far longer than they anticipated. As a consequence, insurance companies are facing escalating hire bills – costs that will ultimately be passed on to their customers through premium hikes.

Businesses using credit hire vans may also find that they have to be surrendered long before the delivery of their new vehicles.

Magna operates under the general terms of agreement (GTA), a voluntary protocol agreed between insurers and credit hire companies that aims to remove friction and delays when it comes to settling credit hire claims.

“As a GTA subscriber there is a limited time during which we can leave a client in a replacement vehicle after they have received their total loss cheque from the insurer,” Daubney explains. “We will not be paid for any hire period that cannot be justified.”

She believes that, in the current climate, insurers should be prepared to build in extended hire periods if clients are kept waiting for their new vehicles. They should also take steps to ensure that vans are not written off so quickly, she argues.

A light commercial vehicle is likely to be classed as a write-off after an accident if the repair cost looks likely to total more than 60% of its value, says Daubney. The rising cost of parts makes it increasingly likely that a badly damaged vehicle will reach this threshold.

She believes one way of reversing this trend would be to make more use of less expensive but good-quality recycled second-hand parts. They have become increasingly popular with truck operators in recent years, with a number of high-profile franchised dealers marketing them as an alternative to new parts without compromising on safety.

The risk of being involved in an accident can also be reduced if driver behaviour monitoring systems are fitted, which make speeding, harsh acceleration and wayward cornering
less likely to occur. The information these devices obtain can help employers target driver training in order to eradicate poor practices.

Additionally, crashes are less likely to occur if companies looking to acquire vans opt for models with a wide variety of on-board safety devices. Lane departure warning, for example, helps guard against the risk that daydreaming drivers will wander out of their lane on the motorway and into the path of another vehicle.

“Don’t leave your keys in an unattended vehicle, even for an instant,” says Mark Gabriel, head of vans at insurer Admiral. “It only takes a second for an opportunist thief to strike,
after all.

“Don’t forget that the majority of insurance policies won’t cover a theft claim if the vehicle was left unlocked or the keys were left in it while it was unattended and unoccupied,” he adds.

“Fitting deadlocks, slamlocks and lock protection plates can help prevent thieves from getting access to your vehicle.”

Any tools that have to be kept on board should be stowed in a lockable box that is secured to the vehicle, Gabriel says. “It won’t stop thieves damaging your van while they are breaking in, but it will hopefully save your tools and the cost of replacing them,” he remarks.

Malkit Sihra, product owner at insurer Direct Line, adds: “Our research shows that tools are stolen from a vehicle every 20 minutes in the UK, with over £80m worth of equipment taken over the past three years. The financial impact this has had on tradespeople has been devastating, with almost one-third saying that it took them at least a week to replace their essential tools.”

An alarm can help reduce the risk of falling victim to this type of crime, Sihra says, while a GPS tracking system can make it easier to recover a van if it is taken – of course, this is assuming that the thief doesn’t manage to disable it.

More simple changes can help too, he notes: “Make sure that valuable items are not on show, and choose your parking spots carefully.”

A spokesperson from insurance group AXA agrees: “A van parked on its own in a dark alley is always going to be an easier target than one parked under a streetlight or in a busy car park with CCTV. If you’re out and about look for car parks that meet the Park Mark safe parking criteria; one-quarter of the UK’s car parks have achieved this.”

It should also be noted that height barriers can make access to car parks problematic for some LCVs, especially in multi-storey locations.

If your van has a keyless ignition system, then beware. Park it outside your home and leave the key fob just inside the front door, and criminals may be able to capture its signal, start your vehicle and drive off with it.

Your best bet is to keep the fob as far away from the door as possible, ideally inside a Faraday pouch. It is lined with layers of metallic material that block any signal and is definitely worth purchasing.

Light commercial vehicles with conventional ignition systems are not always safe at your home, either.

“If your driveway is gloomy then think about installing motion-sensor lighting to deter would-be thieves,” AXA advises. “If you have a garage that’s large enough to hold your van, then make sure to lock it in there every night.”

An opportunist thief out to steal tools may baulk at the thought of breaking into property, especially if both the garage and the house are covered by a burglar alarm.

Some vehicles may be at greater risk of being stolen than others, though. Thefts of old-style Land Rover Defenders are on the rise, according to insurer NFU Mutual, which is urging owners to increase security measures.

In some cases bonnets, doors and wings are being stripped off while the legendary 4x4 remains parked on somebody’s drive or in a farmyard.

“We’re warning people in the countryside in particular to be on high alert,” she adds. “Trackers, alarms and storing vehicles out of sight are all proving to be effective measures when it comes to protecting these British icons.”

Other measures NFU Mutual is advising, many of which are applicable to all light commercials, include keeping your Defender locked at all times when not in use and fitting a mechanical immobiliser such as a steering wheel or pedal lock.

Ensure that the vehicle’s key components are marked so that they can be traced if the worst comes to the worst, have the vehicle identification number (VIN) etched on all the glass and consider fitting a hidden battery isolation or fuel cut-off switch.

Take photographs of unusual features, modifications, damage or repairs that could aid identification if the vehicle is stolen, the insurer adds.

What’s more, do not share information on social media that indicates where it is kept, NFU
Mutual advises. That innocent post could lead a thief straight to your premises and result in the loss of a valuable working tool.