Security: Keeping it under lock and key

From peel and steal to crash for cash, van operators must be vigilant in
protecting their goods and livelihoods against criminals. 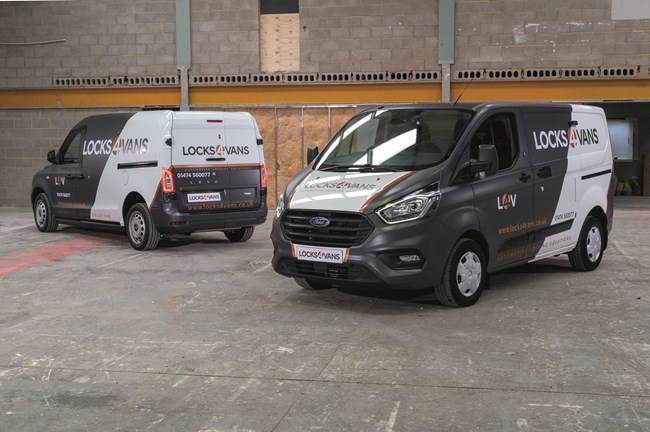 Light commercials are coming under increasing attack from thieves eager to exploit any vulnerabilities in their security. So says Stockport, Greater Manchester-based Maple Fleet Services, which has been supplying anti-theft devices for trucks and vans for almost 50 years.

“From lock-picking tools to code grabbers, from key emulators to electronic devices that are designed to bypass security systems fitted online by vehicle manufacturers, today’s career criminal is equipped with an ever-expanding arsenal of weapons,” he continues.

These tools are all readily available, with their use becoming more and more widespread as criminals continue to target vulnerable panel vans and their tempting contents, hitting UK businesses hard.

“It has made van owners a bit more open to the idea of fitting extra security devices,” Nunn believes.

The growing resourcefulness shown by thieves has been recognised by Locks 4 Vans, which has invested £2.5m in an innovation centre at its Gravesend headquarters.

It aims to anticipate the next set of attack methods likely to be used by criminals and develop security solutions to counter them. This can now be done in just days rather than weeks or months, says the company.

As a consequence, Locks 4 Vans scooped the What Van? Innovation Award for 2022.

Products developed by the centre over the past 12 months include a replacement lock for the Ford Transit Connect’s driver’s door and an upgrade for the Locks 4 Vans anti-peel shielding device. The lightweight construction methods used by light commercial makers in a bid to cut fuel consumption and improve payload capacity have made it easier for thieves to get into a van by peeling away a door from one of its top corners; the so-called ‘peel and steal’ approach.

The Locks 4 Vans portfolio includes a variety of slamlocks and deadlocks.

The former lock automatically when a door is shut, which means they appeal to home delivery drivers tasked with dropping off umpteen parcels to households daily. Deadlocks have to be physically locked.

Also in the Locks 4 Vans catalogue are special shields designed to stop criminals drilling a hole in a door to release the locking mechanism. The firm’s line-up includes hook locks,
which employ a hook-shaped bolt which makes it more difficult for a thief to jemmy a door open.

Another way in which manufacturers have made their vehicles more vulnerable to theft is by rolling out keyless ignition. Clever thieves can convince a van that the key fob needed to enter and start it is present and simply drive it away; a stratagem sometimes referred to as relay theft.

Make sure therefore that your fob is safely stored in a metal container or a Faraday pouch whenever you aren’t using it in order to prevent the signal it emits from being captured and used illicitly. A Faraday pouch is lined with layers of signal-barring metallic material.

Maple has come up with BondLock, an internally-mounted multi-purpose load area lock.

What distinguishes it from its rivals, contends Nunn, is its flexibility. Users can select between single or multi-point locking options and manual or slamlock settings.

BondLock can be released in an emergency by using a PIN, or unlocked remotely via a compatible telematics system.

“You can unlock it using a key, or you can operate it electrically using an RFID (radio frequency identification) fob on your key ring,” says Nunn. “A ball bearing type of locking mechanism is used which can withstand over 2t of force and is controlled by a built-in motor, and BondLock can resist a peel attack.”

Linking BondLock to an on-board telematics package allows an operator to see when and where a vehicle’s load area doors were opened, and for how long.

If they were opened at the driver’s destination so that goods could be delivered, then that is unlikely to be an issue. If they were opened in a lay-by on an obscure B-road after dark however, then alarm bells should start ringing.

“The point is that BondLock is controlled independently,” says Nunn. “As a consequence it guards against the new generation of theft techniques where the manufacturer’s existing security and central door locking systems are simply bypassed.”

BondLock does not come cheap. Fit two – one to secure a van load area’s sliding nearside door and one to secure its rear doors – and you could be looking at a bill for several hundred pounds.

That said, a tradesman’s set of tools acquired over many years is likely to be worth considerably more than that. If he has personally adapted some of those tools to tackle particular jobs, then they are likely to be irreplaceable.

Relying on an internal lock has one drawback. Even though it may be effective, its lack of visibility means it does not act as a deterrent.

It may ultimately prevent a thief from forcing the doors open, which is to its credit; but a deal of damage could be done to the doors and paintwork before the thief finally gives up and departs.

Its presence can of course be highlighted by external stickers. However, stickers such as those stating that nothing of value is kept in this van overnight may well be ignored.

A bulky external so-called statement lock may in practice be less effective, but could make the criminally-inclined think twice. That is especially the case if they are no more than opportunistic thieves.

Theft of and from their vehicles is not the only way in which van operators can be vulnerable to crime. Fraudulent crash-for-cash claims remain a danger, but one which can be combated by installing dashboard-mounted cameras which can scan the road ahead, says on-board video specialist Lytx.

The presence of a camera may make a fraudster think twice because he knows that it will record his nefarious activities.

Lytx is partnering with Bridgestone-owned telematics provider Webfleet Solutions to create a package which combines the specialisms of both companies under the WEBFLEET Video banner.

It allows camera footage to be displayed alongside Webfleet’s driving data so that van fleet managers can see exactly what happened, where and when. They can livestream everything if necessary so that action can be taken promptly.

Having this data and recorded images readily available means that the antics of a car driver who suddenly swerves in front of a van or slams on his brakes unnecessarily can be identified for what they are; an attempt to cause a collision which will result in a dishonest claim for compensation. Such a claim can then be refuted easily, as can a spurious allegation that an innocent van driver clipped a parked car and damaged it seriously when he was in fact several streets away.

SmartDrive’s forward-facing camera captures 10 seconds of footage before and after a crash, showing precisely what occurred; and whether something dodgy might have gone on. The footage is offloaded using the cellular network in near real time, says the company.

Penny Brooks, SmartDrive’s managing director for Europe, Middle East and Africa says “We have helped our customers dismiss literally thousands of fraudulent crash-for-cash claims in this way, and save hundreds of thousands of pounds.”

Winner of the What Van? Risk Management Award for 2022, SmartWitness offers the AP1 forward-facing camera which captures video and telematics data in a single unit, and combines all the data generated on a single server. One of its big plus-points is that it can be installed in as little as a quarter of an hour says SmartWitness, with a simple windscreen mount and a plug-in connection.

Van owners and drivers can adopt a number of commonsense measures to make vehicles less vulnerable to the criminally-inclined.

They include locking the van when it is unattended, not leaving the keys in the ignition – especially at service stations while the driver is paying for fuel - and not leaving valuable items such as smartphones and tablet computers on the passenger seat where they can easily be seen.

Light commercials often have a hidden compartment beneath the seat where valuables can be stowed away from prying eyes. Make use of it.

If you have to leave your van somewhere at night, then try to make sure that it is in a lit area. Park it on your drive if you have one rather than in the street, and ideally lock it in a garage.

Off-the-shelf security devices such as bars that lock across the steering wheel might be worth considering. Professional criminals may be able to overcome them quickly, but they might just deter a casual sneak thief.

If you are thinking of employing a driver, then investigate their background carefully before you hire them. That odd gap in their CV could equate to the six months they spent in Wormwood Scrubs having been convicted on theft charges.

If your van is stolen despite all the precautions you have taken, then all might not be lost. It may be possible for it to be hunted down and retrieved, especially if you have had a concealed tracking device installed by Tracker.

Highlights of its use so far this year says Tracker include the recovery of a Mercedes-Benz Sprinter in Liverpool. It was reclaimed just 40 minutes after it was taken; a speedy outcome which can only be applauded.