With the influence of PSA and Iveco behind it, the Fiat Ducato has a fine light commercial vehicle bloodline, writes Ian Shaw. 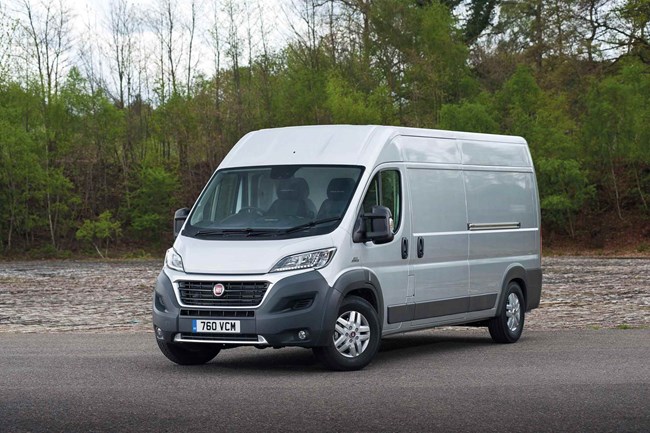 What we have here is generally termed the fourth-generation Ducato, launched in 2014, but it is essentially more of a facelift of the full third-generation model, which first saw the light of day in 2006, a couple of months behind its PSA Citroen Relay/Peugeot Boxer siblings.

In this trio, which are also known as Sevel vans – named after the Fiat/PSA joint venture – the Ducato always stood apart by using the Fiat/Iveco Sofim diesel engine rather than the Peugeot-Citroen unit. They have had differing capacities and outputs through their lives, but latterly there is little between them; Euro6 is a great leveller when it comes to diesel engine de-characterisation.

However, for what it matters the Ducato offers a few more cubes at 2.3 litres over the Frenchies’ 2.2s and presses home the advantage with plenty of grunt.

Fiat’s Sofim common-rail diesel engines offer outputs from 110hp to 177hp. The 2.3-litre version covers the first three outputs of 110hp, 129hp and 148hp, with a thumping  3.0-litre lump producing the range-topping 177hp and stump-pulling torque, which it develops lower in the rev range than the PSA engines can muster.

These two Fiat Sofim powerplants give the Ducato a significant profile not only in the performance available but also in its fuel consumption: the most economical engine, the 129hp unit, boasts a combined fuel consumption figure of 45.6mpg.

The Ducato’s cab has always been excellent: the facia-mounted gearlever gave true walk-through capability at a time when attempting the same thing in a Transit could certainly bring tears to the eyes, you could fit a Fiat Cinquecento in the door bin, and the exterior mirrors looked like they were from a coach.

It’s fair to say that competitors have overtaken the big Fiat of late, but it still feels like a proper working environment in there, not a ‘lifestyle’ choice.

The Ducato has a good reliability record save for a few electronic driver-aid issues on 2015 models throwing up ABS warnings, for which there was a recall, while central locking systems can give trouble, needing a reset to cure the problem.

I can still remember driving the original Sevel Ducato at launch. It did not feel like a revolution, nor did it trade car-likeness for function – it simply felt like a thoroughly sorted, fit-for-the-job, big 3.5-tonner. It still does.