Ford brought back an old name and put it in a new shape – and it worked well, writes Ian Shaw. 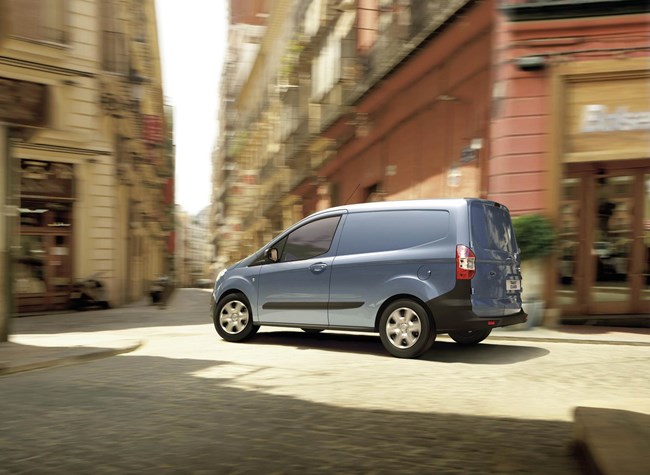 This first generation of the Transit Courier hails from 2014 and was facelifted in 2018, but uses the name that was first applied to a Fiesta-based LCV in the early 2000s.

An old name then, but one that has moved with the times.

Car-derived vans used to be just that: from the Morris Minor through to the contemporary Mini, manufacturers dumped the rear seats and panelled over the rear-side windows, and the VAT could be reclaimed – job done. However, just as the car market has blurred all the classes from simple saloon, coupe or estate into myriad combinations of city car, supermini, sub-compact hatch and mini-SUV, the LCV sector has followed, or in truth, had to follow. It’s not economically viable to have dedicated small van designs – what happens to your small car platform also happens to your small van. Hence the Transit Courier is now not so much a Fiesta as a B-Max.

At launch Ford claimed the Transit Courier had more load volume than any direct rival, and while in the used market that is a less valid statement, it nevertheless makes a good case for itself. It offers 2.3m3 of volume to the standard bulkhead, but there was also an optional opening bulkhead and folding passenger seat that allowed a (narrow) load length of 2.59m and increased the volume to 2.6m3. The Commercial Kombi versions offered room for up to five occupants with 60/40-split folding rear seats with a tip ‘n’ tumble mechanism for additional versatility.

In this guise 1.69m3 of load volume could be realised.

The maximum payload was generous at 660kg, with the rear door aperture and wheelarch width easily allowing Europallet carriage. One potential benefit of the Commercial Kombi is that the two rear side doors offer cargo access, despite a substantial reduction in overall volume.

As the Transit Courier draws components from the Fiesta and B-Max some cross pollination occurs with the engine line-up. An Ecoboost  1.0-litre three-cylinder turbo-petrol starts the ball rolling, with two Duratorq diesels units forming the mainstay. These are a 1.5-litre with 75hp and a 1.6-litre with 95hp, which seem somewhat similar. The 1.6 is the best of the bunch in terms of output, both for the transmission and the tailpipe, with the 1.5 diesel, surprisingly, offering worse mpg and CO2 despite having stop-start tech. The 1.0-litre petrol is light and sounds great but all its performance is over halfway around the tachometer and the turbo lag is glacial. All engines have service intervals of 12 months/20,000 miles.

The Device Dock can mount and charge mobile devices such as phones and navigation systems and Bluetooth comes courtesy of Ford Sync with Emergency Assistance.

General build is good and the drivetrain is proven, although the diesels suffer from exhaust particulate filter issues, bringing up the generic engine warning light on an otherwise healthy motor.