Sophisticated but expensive, a Discovery might be worth considering if you’re missing the old land rover defender and can’t wait for the new one, writes Ian Shaw. 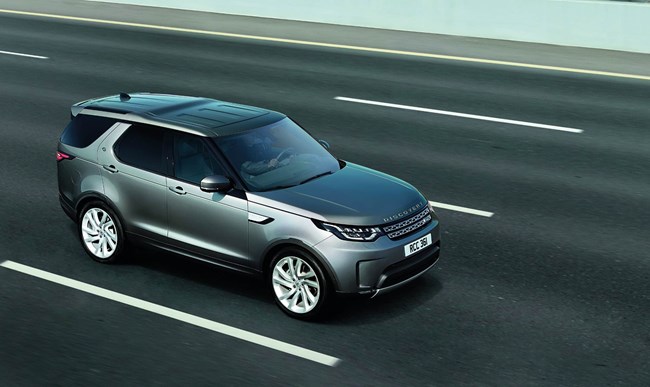 The Land Rover began life as a commercial and agricultural vehicle, but over the past couple of decades the ever-expanding Range Rover family of models had led the way in terms of innovation and global sales.

Originally based on the contemporary Range Rover in 1989, the Discovery  has come full circle, and despite the Marmite styling draws heavily on the latest Range Rover, includiang the all-aluminium unitary bodyshell.

So if you mourn the passing of the original Defender in 2016 or are eagerly awaiting the namesake’s arrival later this year, the Discovery 5 Commercial is an option. Breaking cover in 2017, the fifth-generation Discovery offered a commercial variant from 2018 onwards, which ousts the rear seats and places non-opening opaque security glass in the rear side doors.

They are not cheap but are very sophisticated because all the passenger vehicle technologies are present. While Japanese (and re-badged Euro-version) pick-ups have leaf springs, the Discovery commercial has tri-level air suspension. In place of part-time 4WD if offers permanent 4x4, with low range (in a Volkswagen Amarok you choose one or the other), and combines it with an eight-speed paddle-shift automatic transmission.

Add Terrain Response modes for all surfaces, incorporating differential locking, hill-descent control and class-leading wading depth, and a Nissan Navara or Mitsubishi L200 looks positively prehistoric. The Discovery 5 is no softy, either, and will tow 3.5 tonnes, while payload hovers around 1,000kg depending upon the model, and equipment with load space volume is 2.4m3.

The downside compared to a traditional panel van is that the side loading doors are small and don’t slide – since they are merely the rear passenger doors – and even with the air-suspension lowered the loading height is considerable. The Ingenium four-cylinder diesel engine from the Discovery Sport and Evoque is very capable, but the V6 diesel, particularly in higher output (306hp) SDV6 guise, is a stormer. Allied to the HSE trim level with satellite navigation, leather and touchscreen control of the phone, DAB radio and hard-drive music it’s all a far cry from Land Rover’s roots.

Familiarity with previous Solihull -made products remains, however, with electrical glitches leading the list of niggling faults. Early radar-operated autonomous braking systems acted up and the infotainment can freeze now and then. However, the biggest issue for many people will be the price: knocking on the door of 50 grand is a lot for a used van! But that would miss the point: this is a light commercial vehicle for a premium business – in rural areas, that will tow, look like a seven-seater with privacy glass, and stand out. It does all of that allied with comfort, decent performance, mile-eating ability, reasonable economy and an overall feeling of invincibility. That’s not a bad day at work, is it?