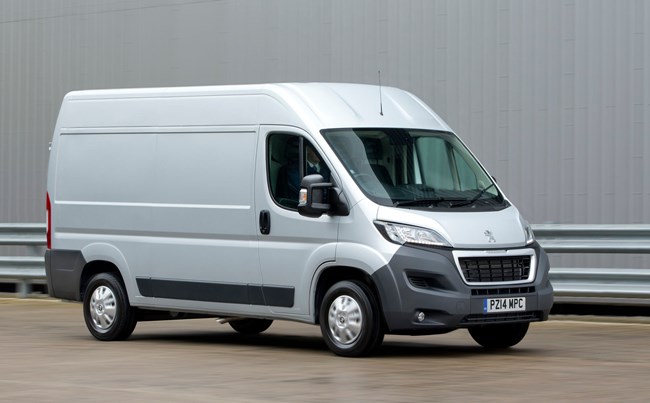 The third full generation of the Boxer was introduced in 2006 along with its twin sister the Citroen Relay.

The version we look at here is from 2014, and although hailed as a fourth generation by the manufacture it is generally thought of as a facelift of the mk3. Within the industry it is often referred to as the mk3.5 Boxer.

Building upon the third generation Peugeot Boxer, this fourth version kept all the best points of load space and cargo weight and gave it better looks, more comfort, more kit and lower emissions.

Wheelbase lengths of 3.0m, 3.45m and 4.04m supported a multitude of length and height variants. The short-wheelbase van has an overall length of under 5.0m, fitting nicely onto a domestic driveway, the mid-wheelbase has a 5.7m external length, and the LWB measures either 5.9m or 6.3m overall.

These equate to load lengths of  2.67m, 3.12m, 3.7m and 4.07m respectively. The overall load width of 1.87m is generous with 1.42m between the wheel arches, while three different roof heights give a total of eight different body configurations and total load volumes ranging from 8.0m3 to 17.0m3, all within the 3,500kg gross vehicle mass (GVM).

There is also a heavy-duty 4,000kg model. Payloads for 3.5t GVM range from 1,115kg through to 1,575kg depending upon the body size and hence its effect on unladen weight.

In later Euro6 versions the same outputs were achieved by 2.0-litre engines. Topping the range is the 3.0-litre HDi 180, which develops 180hp and 400Nm at 1,400rpm – ample torque for high gross weight and towing applications and a figure more likely to be found in six-cylinder 4X4s than panel vans. Keeping all this in check is the usual complement of ABS, traction and stability controls, with options of grip control, which enhances low-speed grip by braking the spinning wheel more aggressively to give traction from a start on snow or mud, with hill-descent control also. There is hill-start assist too and lane-departure warning as well as tyre pressure monitoring. Look out for cruise control, rear parking sensors and an optional rear camera – great for trailing coupling.

In 2015 and 2016, faults for instrument display and intermittent engine stalling were reported, the latter being an engine management issue. The usual problems of diesel particulate filters blocking up are well documented, but don’t be tempted to buy a van that’s had the filter bypassed or removed – it’s illegal to operate long before it inevitably fails the MOT.