Is this just a Berlingo by another name that’s sitting in Citroen’s shadow? Not necessarily, says Ian Shaw. 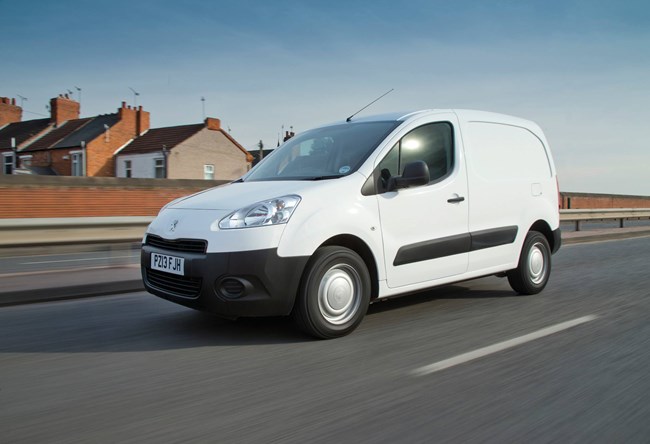 The second-generation Partner, built between 2008 and 2018, is one of the leading players in changing the shape of the small van.

Yes, the car-cube had been seen in the Fiat Fiorino and Renault Extra many years BB (Before Berlingo), but it was the bumptious mono-spacious Citroen and its Partner partner with which PSA sealed the fate of the traditional car-derived van – and every maker had to follow.

Globally speaking, the Citroen Berlingo always outsold the Peugeot, but not by much, and although they shared all the same components, the clever marketing campaigns by both sides of the PSA coin, in the UK at least, kept both models equally in the spotlight.

This generation had a major facelift for 2015, keeping up the momentum for another three years. The facelifted front end came with upgraded Euro6 diesels, and various equipment levels were increased.

There is a choice of two lengths, with L1 and L2 producing loadspace lengths of 1.8m or 2.05m respectively. Combined with a loadspace height of 1.25m and maximum internal width of 1.5m, this translates into usable load volumes ranging from 3.3-3.7m3. The lift-to-load height is reasonable at around 600mm, and the rear door aperture is 1.25m wide by 1.15m high.

The van will take between 625kg and 850kg of payload, which at the upper end at least is acceptable for this class. Overall, the Partner is compact enough to thread through urban chess games and park neatly on a domestic driveway at 4.38m or 4.62m long with a beam of 1.81m, sans mirrors.

Motive power comes courtesy of Citroen-Peugeot’s ubiquitous HDi diesel family in 1.6-litre guise. From 2015 onwards these had to be Euro6-compliant, which did nothing to dent their abilities. Power outputs are 100hp and 120hp compared to 75hp and 90hp before.

Ultimately, they do feel a little more peaky in their power delivery than the older HDi engines, but the overall punch is still ample at this weight. For hooking up the nominal 1,000kg trailer load, we’d go for the higher-output unit all the time, and the L1’s lesser overhang helps. Transmissions are five-speed manual or optional six-speed automatic, with the addition of the six-speed manual on the higher-output engine.

The cab interior is all you would expect from a maker of PSA’s experience. The driving position is a little upright but the seats are good and the optional centre seat, although  something of a squeeze for a Welsh prop forward, is ideal for occasional use and features a fold-flat backrest/desk and storage beneath.

This is probably of more use than the third seat in itself. However, this option also allows the passenger seat to fold, enabling narrow loads of 3.0-3.25m to be carried.