When it comes to European light commercial vehicles, more choice from fewer makers is the future, says Ian Shaw. 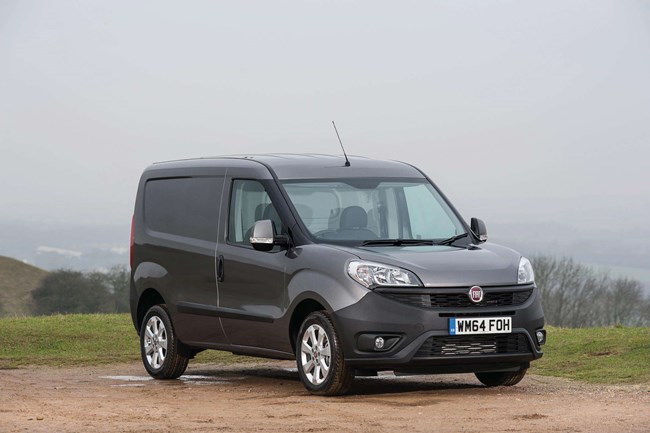 The used van sector will change massively over the next few years – not due to electrification, nor diesel-squeezing legislation, but simple economies of scale, leading to more choice from fewer manufacturers.

With the announcement of the Fiat Chrysler and PSA (Peugeot-Citroen and Vauxhall) merger at the back end of last year, the joint efforts in Euro vans have reached a zenith.

For decades the Ducato, Boxer and Relay, the 3.5t-sized models from Fiat Professional and Peugeot-Citroen, have been the same – different badges and Fiat’s own engine been the only differentiators – but Fiat went its own route with its smaller offerings, the class-setting Fiorino and latterly the Doblo Cargo, which in the post-2010 second-generation guise seen here is also a Vauxhall Combo. With Vauxhall being a part of PSA, the circle is now complete.

So what helps the Doblo Cargo stand out? Well, its slightly Lego styling is not to all tastes, although we happen to like it, and it serves it well in load space. It also has one of the best levels of safety kit as standard in the sector – something often overlooked when obsessed by hp or GVW – all of which helped make it International Van Of The Year in 2011.

Fiat knows a thing or two about packaging – from the original Cinquecento through to the modern Multipla, the best use of interior volume is a given. The Doblo Cargo follows this doctrine with 1.8m and 2.2m load lengths in 4.4m and 4.8m overall lengths, and load volumes from 3.4m3 to an impressive 5.0m3 in the longest, highest derivative. Payloads range from 750kg to 1,000kg, matching the substantial volumes.

Engine choices are the 1.3-litre Multijet II with 95hp, which is fine for city tasks, although it can be hard work fully laden in hilly terrain. For such use or big daily mileages the 1.6-litre Multijet II has to be the better option. Torque and power got a boost off the back of the need to meet with Euro6 requirements, so it has 105hp and 300Nm, or 120hp and 320Nm depending upon specification. This unit feels more muscular all round and is aided by a six-speed gearbox, which is what the 1.3-litre lump really needs instead of the rubbery-shifting five-cogger.

In some respects the Doblo Cargo is not as clever in the cab as many rivals – an under-seat storage tray is handy but the Citroen Berlingo or Renault Kangoo seem just a bit more thought-through. The quality is not in the VW Caddy or Ford Transit Connect’s league either, although it does seem fittingly work-like in here. Mid-range SX trim has a decent level of standard kit and the 20,000-mile service intervals cut running costs.

No major issues plague the Doblo Cargo. High-mileage 1.3-litres are probably the hardest worked – one source cited rear damper life on the long-wheelbase version, while seat adjusters can wear and short-run stop-start work can bother the emissions controls.

Overall, the van deserves a bit more profile than it has enjoyed, but its future in the grand Fiat-PSA plan is uncertain. It might become a classic.