Always benchmarked against the Volkswagen Transporter, the Renault Trafic is an able competitor. 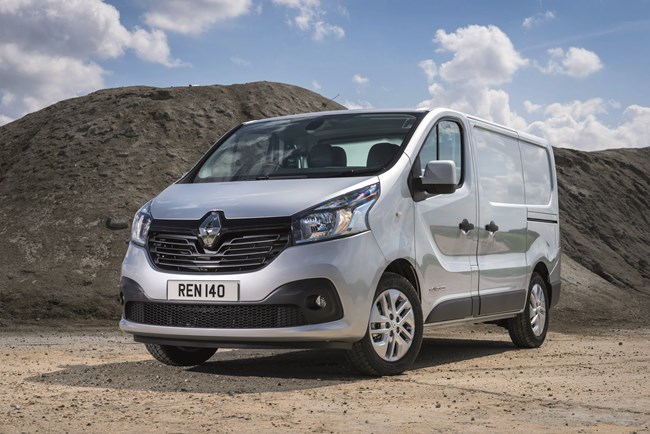 What we have here is the third-generation Renault Trafic, which was built from 2014 to 2018 and had 30 years of Trafic development behind it. The model is inevitably always compared to the evergreen VW Transporter, but the two have always taken a slightly different approach to this sector of the LCV market. The VW was pragmatic, whereas the Renault had flair; the Transporter was often more fleet-focused when the Trafic favoured one-man bands. It was this generation of the Trafic that really took the fight to VW, with excellent diesel engines, innovative cab interiors, car-like comfort and a quality feel that had previously trailed German trademarks.

The Mk3 Trafic is available in two sizes – of 4.99m and 5.39m overall length – making it wieldy enough for urban and domestic work while allowing load lengths of 2.5m and 2.9m respectively. Allied to two roof heights, this produces load volumes of 5.2m3 in short-wheelbase models, 6.0m3 in LWB standard-roof models and  8.6m3 in the long-wheelbase high-roof version. The payload varies from 1,080kg through to 1,280kg depending upon GVM – which ranges from 2.7t to 3.0t – and the model’s equipment level. Overall it’s a good package, if not quite as wide-ranging as all the Transporter’s variants.

The power to move all that comes from Renault’s proven family of four-cylinder dCi common-rail diesels, displacing 1.6 litres in this case. These, following recent practice across the class, are fitted with either single, or twin, turbochargers. The resulting power figures only quite recently would have required engines of almost twice the capacity. In single-turbo guise you get 95hp or 120hp, the latter of which is ample, if the former is rather weak, while the twin-turbo versions give you a choice 135hp or 145hp and substantial torque of over 300Nm from just 1,500rpm. It might seem like overkill at 3.0t but you can sit in top gear all day uphill and down dale on motorways and A-roads. You can even get the optional Quickshift automated transmission, but it’s not as nice to drive. That all translates to as much as 50mpg on the official figures, so a realistic working figure of 45mpg awaits experienced drivers.