Is the Volkswagen Amarok a sophisticated take on the workhorse role or a luxury you cannot afford? Ian Shaw finds out. 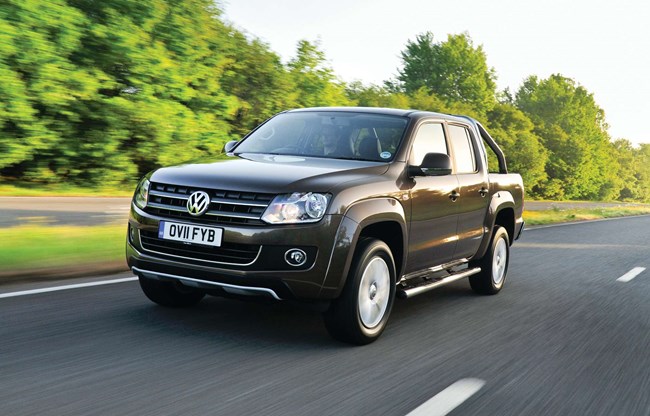 The Volkswagen Amarok was introduced a decade ago and it was something of a new departure for Volkswagen.

Way back in the early 1990s it had rebadged the Toyota Hilux as the Taro, but it cost more, sold in single figures, and disappeared without trace soon after. For its second go at the pick-up market Volkswagen eschewed the badge-engineering route and built its own vehicle.

Ironically, it galvanised Mercedes-Benz into action with the launch of the rival X-Class, a rebadged (although in fairness also somewhat re-engineered) Nissan Navara.

It wasn’t totally uncharted terrain for the VW, however. The original Transporter had always been a dropside design, and the third generation of rear-engined models also added a four-wheel drive option in the form of Syncro. Once the engine was moved to the other end of the vehicle the 4WD option continued, now termed 4Motion.

The Amarok uses two 4WD systems. The first, called 4XMotion, is a traditional part-time selectable transmission with low-ratio gearing for serious off-road work, similar to most Japanese pick-ups, and can trace its roots back to the WW2 Jeep. A second, called simply 4Motion, is a permanent 4WD system that lacks low ratio but uses a Torsen centre differential first seen in the Audi Quattro.

Having to make a choice seems a bit odd, particularly as main transmissions offered differ too: a six-speed manual with the off-road 4WD set-up or optional eight-speed automatic with the permanent system. The Mitsubishi L200’s Shogun-style 4WD set offers part-time and permanent 4WD in one with a choice of manual or auto main gearbox.

From 2010 the engine range consisted of two 2.0-litre TDI units from the Transporter T5, the entry-level version of which produced 121hp while the bi-turbo version offered 161hp.

From 2012 the 2.0-litre Bi-TDI with two turbochargers, was allied to the optional eight-speed ZF automatic transmission. However, the icing on the cake and the one USP the Amarok had over its Japanese rivals was the V6 TDI. Only Mercedes has matched this in the X-Class – everyone else uses big-capacity four-pot units. VW’s V6 TDI offered some 221hp from the start, with more recent 2019 models giving 268hp, which seems a little more than is strictly necessary for hauling a tonne of sharp sand!

The ample figures for the engines are not matched by large figures at the business end. The double-cab-only Amarok offers a load bed at 1.55m by 1.62m – that’s small compared with a two-seater cab from competitors, although payloads vary from a decent 1,145kg in lesser-equipped variants to an only just VAT-reclaimable 1,091kg in the luxury-spec examples.

In short, this is like all double-cab pick-ups: it’s two-thirds car and only one-third commercial vehicle. If that suits you, then the Amarok is as car-like as they come and in automatic transmission form is a joy to drive. It is built tough and the quality is all you would expect of the Volkswagen badge – but it might be a little bit too pretty for some tasks.