Design flair with innovation has marked the Berlingo‘s progress. 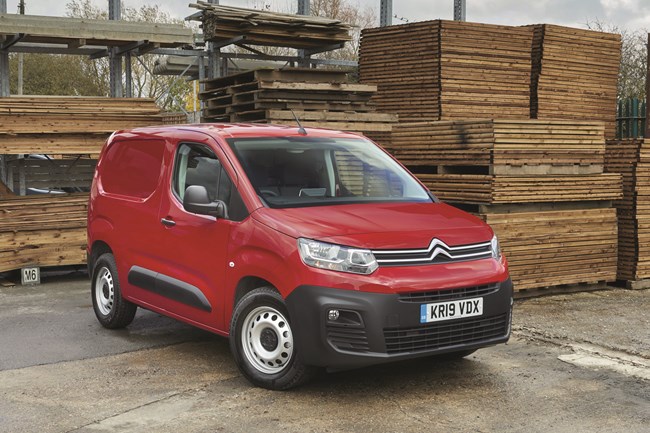 The name Berlingo first entered our vocabulary in 1996. The true car-derived van was being swept aside by the cubists from Fiat and Renault, but it took Citroen’s design flair to show the Fiorino and Extra a smoother path to small business success.

Using the basic silhouette of the C15 van allied with the then cutting-edge HDi engines, with hindsight it was more of a French evolution, but clever interior touches and a step up in refinement won the day. It got a facelift in 2003 before the much-anticipated Mk2 arrived in 2008.

This longevity of models was repeated and we had to wait for a decade for the third generation. By then the number of LCV models had ballooned, while the number of makers had shrank. PSA’s acquisition of GM’s European brands meant this 2018 incarnation was not only the Peugeot Partner but the Vauxhall Combo too.

With so much expectation, the latest Berlingo had to deliver. With a payload of over 1,000kg in some models, a pallet-friendly 1.2m width at the wheel arch pinch point and a choice of two body lengths (M and XL at 4.4m and 4.7m, respectively), this was the most significant change since the original first saw light.

Load lengths range from 1.8m to 2.1m, but extend by a further 1.3m
with the folding passenger seat option to max out at 3.4m. Load volumes range from 3.3m3 to 4.4m3, while depending on engine and options, payloads range from 660kg to 1050kg – marginally the highest in this class. Twin side loading doors can be included and the rear doors have an asymmetric split.

Pulling this along is a mixture of 1.6-litre and later 1.5-litre BlueHDi diesels. The range starts at 75hp and 230Nm of torque coupled to a five-speed manual gearbox, for which Citroen claims CO2 emissions of 114g/km and an average consumption of 64mpg. The 100hp version has 255Nm of torque and up to 67mpg, making it the pick of the bunch.

Combined with a slick six-speed manual transmission, or even more relaxing eight-speed automatic transmission, it takes the Berlingo to another level. Stick with a stick, however, and you can tow 1,200kg.

The Extenso option offers a three-seater cab, with folding left and centre seats for long loads and ‘desk’ functions. All models get Bluetooth, with options including head-up display and stacks of cab stowage and overhead.

The automatic parking brake can give trouble and the 1.6HDi has the usual diesel issues for short runs blocking the DPF, with some trim being flimsy. Overall, however, it is a tough and versatile vehicle, giving the Berlingo its crown back.