The Mk3 Ranger is a capable workhorse on- and off-road, with no need for fake Americana. 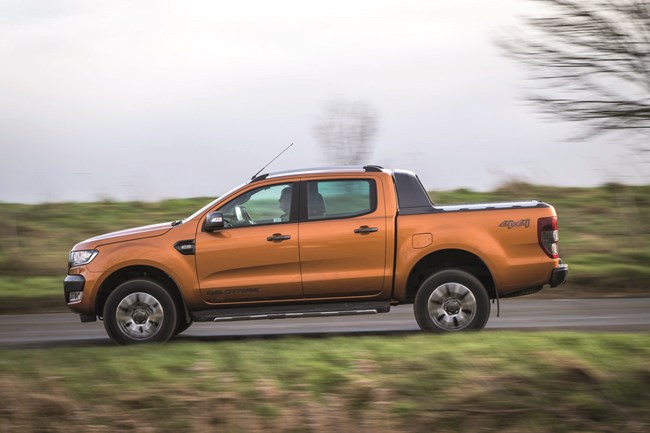 Ford cannot make pick-ups fast enough in the USA. The F-Series is a sales success – the likes of which other manufacturers can only dream of. In the UK it’s a different story. The American dream, cruising through the mid-West in your pick-up with a dollar and an idea did not, historically, translate into the UK LCV market. We like vans – if you used a pick-up then your stuff got wet, or nicked. Then the picture changed. The (predominantly Japanese) pick-ups fared better for several reasons. Company car tax avoidance sired 1t double cabs, their kit and comfort improved because of it, and ‘lifestyle’ versions appeared.

Ford was relatively late into the UK pick-up market. The Ranger name was used stateside from 1983, but the 1998 introduction drew upon Ford’s huge share in Mazda by using its BT-Series vehicle as the basis. Having received a facelift in 2002, it was replaced by the next generation in 2006. And after a 2009 revamp, it lasted until 2011. Then the Mk3 appeared, which we feature here in its 2015 guise. The Ranger offered good productivity at this point, single -cab versions have 2.3m of load bed, a payload of 1,200kgs and a full 3,500Kgs towing limit – few pick-ups offer all that. Double-cabs are more popular and still offer 1.5m of length, with just over 1t of payload. The Raptor offers much less payload and towing weight, and is more ‘look-at-me’ than the LCV.

Engine options totalled at three across the model’s life. The original 2.2l TDCi was the real workhorse, it offered 160hp and a claimed 43mpg, with a good spread of torque matched ideally to the six-speed manual transmission. For those requiring more muscle, the 3.2l five-cylinder TDCi offered 200hp. Technically interesting, with greater smoothness and an offbeat sound track, it was an answer to the Amarok and X-Class V6 units but was no paragon of efficiency. That was left to the later 2l EcoBlue unit used in the Transit family. This developed either 130hp or 170hp in Regular-Cab Super -Cab and Double-Cab variants, with a tuned version giving 210hp in Raptor models allied to a 10-speed auto box.

Earlier Ranger’s were nothing special off-road, but by the Mk3 this was improved with a locking rear differential and Hill Descent mode up for grabs. Not as sophisticated as the L200s 4WD, but it matches the rest of the class. However, it’s the foot of ground clearance and almost three-feet of wading depth that really sets it apart. In LCV circles you’d need an air-suspended defender to match that.

In the cab, its all DAB, Bluetooth and touch screen, with optional lane keeping assist, traffic sign recognition, automatic high-beam head lights, and adaptive cruise control. The quality of materials is not great, but the seats are good and driving position second only to the Amarok. The Ranger has no serious reliability issues – just look for a full Ford dealer service record and avoid Raptors.