The middleweight Transit Custom is worthy of its famous name. 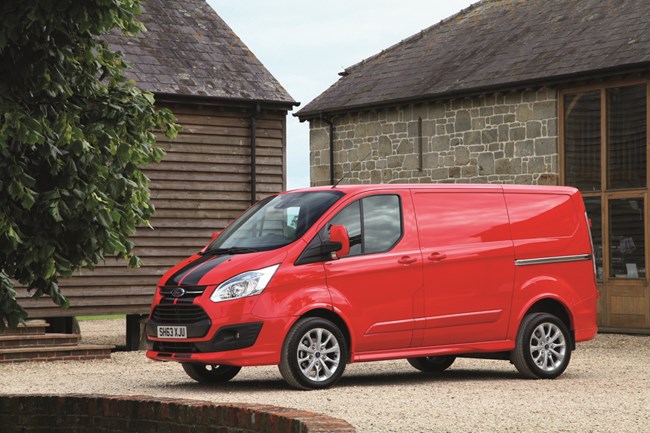 This type of van may sit in the middle of the weight range that What Van? serves, but it covers the widest range of applications and trades. For decades, this size was at the foot of the Transit hierarchy and so comprehensively overshadowed by the Volkswagen Transporter, whose very beginnings lay here. First Citroen, then Renault, consolidated the European hold on the sector while the Ford giant slept. It awakened to create the Transit Connect, a too little, too late response to the likes of the Berlingo, so the next step had to be as great as the original Transit was in its day.

Ford did not disappoint and in 2013 the Transit Custom proved a much more worthy standard-bearer for the Transit dynasty, with a facelift in 2018.

Two wheelbase models are available, with overall lengths of 4.97m and 5.34m, respectively. The short wheelbase, low roof L1H1 model has 6.0m3 of load volume, thanks to a load bay length of 2.55m and a width between the wheel arches of 1.39m.

The larger L2H2 with high roof offers 8.3m3 of load space and, with the optional load-through bulkhead, load lengths of up to 3.4m can be accommodated.

The excellent driving position with high-mounted gear lever offers walk-through potential but, actually, legroom for both passengers is tight. The 2018 facelift extended to the interior of the van, adding more storage pockets and Ford’s Sync3 infotainment system option with an 8.0in touchscreen, voice control and a raft of USB and connectivity options.

Adaptive cruise control was an option with side wind stabilisation, while rear cross-traffic sensors are a boon if you have to reverse out of a parking space or gateway.

On the road the Transit Custom is great to drive. The ride comfort is good, noise levels are low and the steering feel is as good as most rear-wheel drive vans, even if the turning circle suffers slightly due to front-wheel drive lock angles. The gearchange is slick, the auto is useful and deep widows and large mirrors make it easy to place in city traffic.

Build quality and reliability seems good, but look for usual signs of hard use. The CV joint rubbers can split early on and the 2.2-litre can slice its turbo pipe where it rubs on the alternator pulley – but a reshaped replacement pipe was fitted under warranty. Overall, the Custom carries its Transit badge with pride and punches above its middle weight.