Once seen as an also-ran, the Navara has gained ground and seen its field diminish. 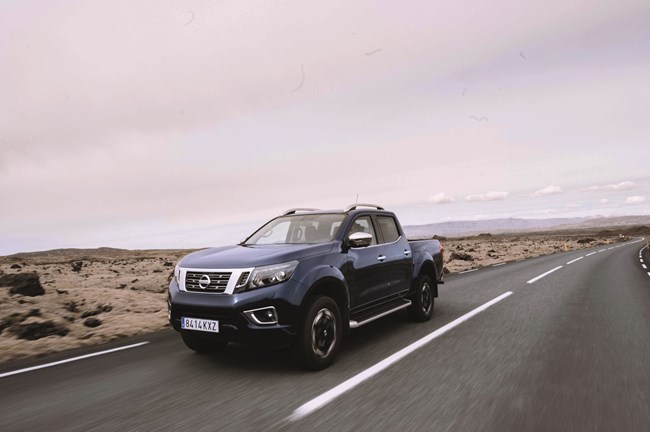 The Navara’s story begins in 1985, when Japanese designs still had a little Americana about them, with the (Datsun) D21 pick-up and its bench seat, umbrella handbrake and Chevrolet-esque chrome grille. By the time the UK brand took the parent Nissan name, the 1997 D22 was known as the Navara. The next incarnation came in 2004, and this Mk3 Navara we spotlight here appeared in 2014 with a facelift in 2019 and sired the Mercedes-Benz X-Class.

The Navara, it’s fair to say, was not seen as a class leader in the UK. The Toyota Hilux had its loyal following and the Mitsubishi L200 offered a superior four-wheel drive system, while later entrants such as the VW Amarok and the recent-incarnation Ford Ranger took the pick-up in a more sophisticated and urban direction.

However, Nissan and its closest rival Isuzu seemed to avoid the need to follow trends and merely kept (mud) plugging away. The Navara can carry 1.2t, while most rivals only just break the VAT-reclaimable 1,000kg by a whisker; the Nissan has a full 3,500kg towing capacity, too.

Motive power comes courtesy of a four-cylinder common-rail injected 2.3-litre turbo (twin turbo available from 2019) diesel, which can muster 163hp or 190hp (twin-turbo) with 425Nm of torque. Combined with a traditional 4WD system with low-range reduction and simple rotary control, it makes an excellent site vehicle or tow wagon – particularly with the higher horsepower unit’s auto transmission option. Nissan claims up to 40mpg for the manual 163hp version, so use of its torque spread rather than all-out power should get you somewhere close.

At 5.3m long and 2.1m wide it’s easy enough to place in traffic or off-road conditions, and at 1.84m high it will fit most domestic garages – although the length might be tight.

The cab interior still has the traditional Japanese pick-up feel, both good and bad, but mid-trim N-Connecta models and above from 2019 onwards come with an 8in touchscreen. This includes such delights as Apple CarPlay and remote smartphone functions. Acenta versions get a reversing camera, while the Tekna has 360º view cameras. The basics are not forgotten, however, and Nissan backs the Navara with a five-year/100,000 mile warranty.

The double-cab version is the most popular in the UK with a 90% share of the model mix, but the king cab with its clap-hands doors and flip-down rear seats is interesting too. Load lengths vary here of course: the king cab offers 1.75m of load length against the double cab’s 1.5m. Load bay width is 1.56m, with height to the sides of 810mm. Nissan offered a very nice, if expensive, lockable aluminium load bay cover, but most operators seemed to opt for a full-height GRP top.

Apart from some electric door locking issues and seat mechanism gripes, the Navara is worthy of Nissan’s reputation. Some vehicles differ from their image, or surprise for the wrong reasons, but the Navara does neither. It looks like a comfortable – if not luxurious, highly capable and tough – 4x4 pick-up. What you see is what you get.