The Kangoo set rules for others to follow at first glance and it’s still a class front runner now. 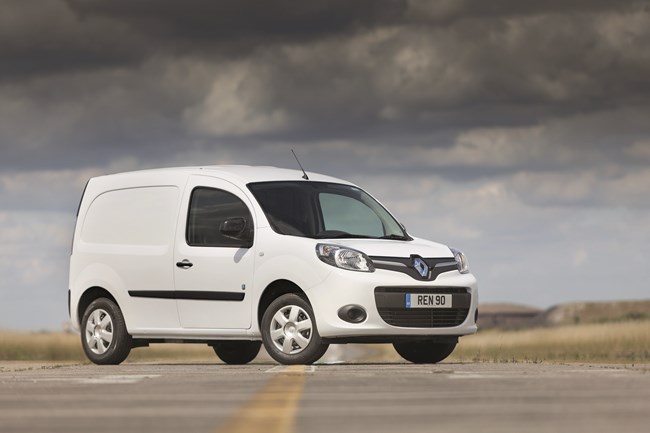 The Renault Kangoo first appeared in 1997. All in Renault Sport yellow, they were lined up for a bunch of indifferently dressed hacks collectively known as the UK commercial vehicle press. Any thoughts of the then-recent Citroen Berlingo having it all its own way melted with the coming test-driven miles. The Kangoo was a fine van.

Jump ahead a decade and the long-lived original gave way to the Mk2, which is featured here, and after a mid-life facelift it only bowed out at the dawn of 2021. There were a total of three lengths available during the model’s life: the Compact, which aimed to cover the old car-derived sector, but failed; the Maxi, which was literally stretching a point; and the standard Kangoo van. This is by far the best of the range, with a straight 3.0m3 of volume, or 4.0m3 in the Maxi. Payloads range from 650–800kg, with load lengths from 1.5m in the standard van to 1.85m with the Maxi. It offers a generous 1.2m of load width at best, with load bay headroom of 1.13m and a low 600mm load floor height from the road. It will even tow just over 1.0t too.

Power comes courtesy of Renault’s 1.5-litre common-rail direct-injected turbo-diesel, which is used to good effect across its car and LCV range. You may well be sceptical if you have experience of the Citroen Berlingo’s 1.9 HDi unit, but this later smaller lump punches above its weight. It offered 75hp, 85hp and 110hp throughout the second-generation van’s life, and the torque plateau is flatter than the top of General de Gaulle’s cap. It also boasts fuel consumption figures ranging from 52–60mpg, depending on the version, and refinement is good across the range – with the 85hp version being the pick of the bunch. All versions get 180º swing rear doors, there’s an optional roof flap for ladders or planks to poke out of the top and part- or full-cab bulkheads, model or option dependent.

The Kangoo might not feel as solid as a VW Caddy, but the slightly flimsy feel of the Mk1 is long gone. The ride is excellent even when unladen, although if you press on hard it does roll a little in the bends – but the payoff is one we approve of. Tech levels are Bluetooth and USB on all. Sport versions get enhanced audio, alloy wheels, climate control and the R-link multimedia package. The Business+ versions come with metallic paint and body-coloured bumpers, as well as electric folding door mirrors. Their load bay gets a rubber floor covering, while reverse parking sensors are always of use.

Reliability seems good, with strong engines that eat high mileages, but watch out for cab interior wear, older vehicles and trashed alloys on Sport models. The Kangoo was a fine van
on first meeting – nothing’s changed.