Once a re-badged Sprinter, then an enlarged Transporter, but the Crafter has always been better than the sum of its parts. 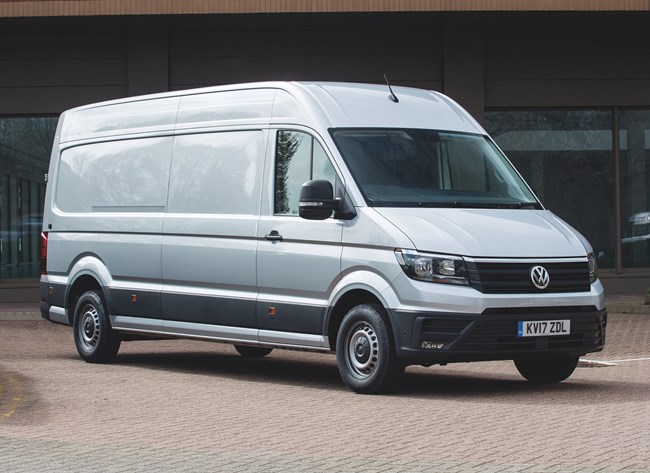 The first VW Crafter was introduced in 2006 and was essentially an improved version of the then current Volkswagen LT, which in itself was an equivalent model to the Mercedes-Benz Sprinter, as the two German giants jointly developed their LCVs.

The second-generation Crafter we look at here was designed and developed in-house by VW and owes nothing to the contemporary Sprinter. This version was introduced in 2017 and actually draws heavily on its smaller sister, the Transporter, for its drive train and cab interior.

The Crafter is available in a total of 70 combinations. First you can decide between front or rear-wheel drive; the former covers the 3.0t–3.5t versions and the latter the heavier duty 3.5t–5.5t GVMs, or there is a 4WD option on some models. Then there are two wheelbase lengths of 3.6m and 4.5m, three overall length options, three roof heights, rear-door and side-door combinations, and single or twin rear tyres on the rear-wheel drive derivatives.

The maximum load bay width is 1.8m, dropping to 1.38m between the wheel arches. Load heights are 1.72m, 1.86m and 2.18m for the three roof heights in front-wheel drive models, with a loss of 100mm across the board in the rear or four-wheel drive versions, accommodating a driven rear axle.

Hauling all these numbers along is Volkswagen’s excellent 2.0-litre common-rail turbo and twin-turbo diesel. Outputs range from 109hp through 114hp to 140hp in the single-turbo version, with the bi-turbo producing 170hp.

Torque is abundant in all, with 300Nm to 340Nm in the single-turbo engine and a generous 410Nm in the bi-turbo version topping the chart.

This effort is directed to front, rear or all four wheels with automatic transmission available on all except rear-drive heavy duty versions. The controls are light and the engines are strong, with refinement assured from top-notch build quality.

It drives and handles more like a Transporter; the extra size and weight melts away within a few miles.

Big mileages are no issue; the Crafter’s bulletproof reliability was only hindered by some door latching failures and rear damper leaks.

Overall, out of the Sprinter’s shadow, the Crafter really shines.

1) Rear-wheel drive, unless you really need the payload