The Ducato lacks frills, but works hard in a tough sector. 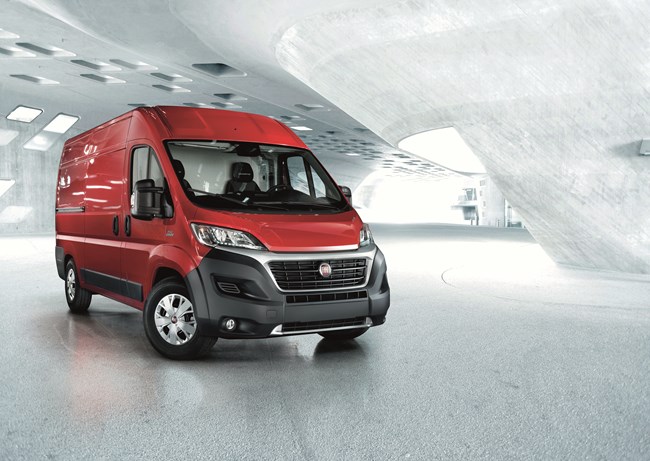 The LCV sector can often seem rather polarised. The middleweight ground is where the innovations can be had, the flexibility to be diverse, the freedom to experiment. At each end of the weight scale however, you must conform.

In car-derived vans, the designer is limited by scope, built on a small family hatchback’s platform, wheelbase, gross mass and engine choice are fixed. It’s the same story at 3.5t. Payload is compromised by a greater unladen mass if you increase size to gain volume. Fuel consumption suffers if hp is increased and standardisation is compromised by the demand for several wheelbase and height options.

That is why all full-size 3.5t panel vans look incredibly similar, notwithstanding that two-dozen designs are built on a handful of shared platforms, dictated by economies of scale. So, why would you choose a Ducato in particular? It has been around since 1981, with second and third incarnations in 1993 and 2006, with a heavily revised version in 2014, improved once more in 2016. So, with mid-life facelifts included, Fiat calls the 2022 model the Series 8, and here we look at the pre-2022 version.

Three wheelbases options of 3, 3.4 and 4m gave overall lengths from a compact 4.9m, through 5.4 and 5.9m with a further longer body on the third wheelbase topping out at 6.3m. Three roof options make overall height dimensions of 2.2, 2.5 and 2.7m and a generous external girth of 2.05m, makes it wieldy in traffic but cavernous inside. Load volumes number myriad permutations depending upon length and height but the headline figures start at 8.0m3 with notable reference points of 11.5, 13.0, 15.0 and a maximum 17.0m3 up for grabs. Displacing more volume lowers the payload – a phenomenon first discovered by a Greek plumber – giving us 1,105 to 1,490kgs of cargo carrying. All of the above also apply to the Ducato’s French cousins, the Relay and Boxer, so initial differences came in the engine bay. Fiat used its own Sofim diesel, which saw service right up to 6.2t GVM in IVECOs Daily models, while latterly reducing the cc number as the Euro emission steps increased. From 2011 it used 2.3L units in 110hp, 130hp and 150hp guises with a 3L knocking out 177 horses and 400Nm of torque. From 2016 they conformed to Euro 6 shrinking slightly to begin at 2L and 115hp, with 2.3L units giving 130 and 150hp and the same 177hp/400Nm, once the preserve of the 3.0L lump. Such is progress.

The downsides are that Fiat’s quality problems can still dog it, particularly with hard use and high mileages and the infotainmanent system is small and counter-intuitive. So if you want a driver’s van, a car substitute, the Ducato is maybe not the choice. However the myriad body options, excellent engines, lofty driving position and clever cab layout make it a terrific workhorse.