The aptly-named Transit Courier is a good choice for light-load urban work. 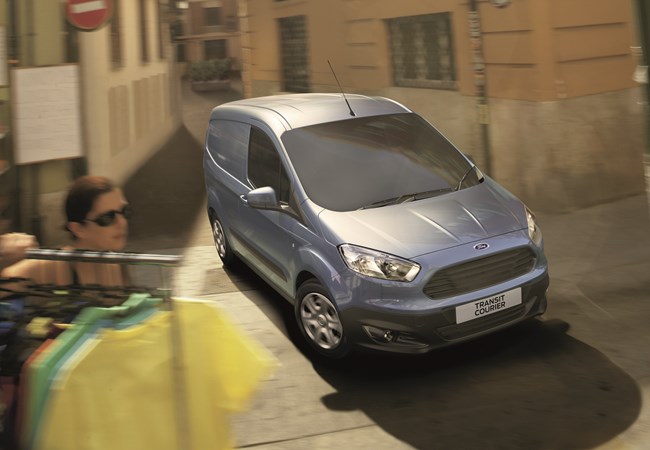 Although Ford had made true car-derived vans for decades, from Anglia, through the Escort in original rear-drive and later front-drive incarnations, it was the Transit that dominated its van range. Ford was a little slower on the uptake for the car-based cube van designs. The likes of the Fiat Fiorino setting the future shape, which was soon readily adopted and brilliantly executed by the original Berlingo. Ford played catch up with the Transit Connect, while the Transit Custom took the fight to the evergreen Volkswagen Transporter and went on to head Ford’s LCV sales. That still left a gap in a market sector dominated by the French manufacturers. In 2014, Ford launched the Transit Courier, ensuring that the Transit family had a contender in all classes. Essentially using the Fiesta platform, which itself mutated into the likes of the EcoSport and Puma, its LCV derivative, facelifted in 2018, promised car-like dynamics and frugality.

Ford offered diesel and petrol versions just as petrol vans started to rise in popularity. The 1.5L TDCi diesel came in 75hp and 100hp guises and a 1.0L, three-cylinder EcoBoost petrol offered 100hp. This unit was offered in all trims but the Leader only came with the 75hp diesel, while both TDCi engines were available in Trend trim, and Limited and Sport models only offered the 100hp diesel. Predictably the 1.5L TDCi diesel, in both 75hp and 100hp guises has the best economy of 55.4mpg and emissions of 133g/km. The 1.0L EcoBoost petrol engine, returns 42.2mpg and 153g/km.

At the business end, a maximum load length of 1,620mm extends to 2,593mm with optional folding bulkhead and fold-flat passenger seat, load bay height is 1,244mm and a load width of 1,488mm gives volumes of 2.3m3, or 2.6m3 with the folding bulkhead and seat. The width between the wheel arches is 1,011mm with both rear door width and height being 1,100mm. The maximum payload for pre-2018 models stood at 650kg topping out at 595kg for facelifted versions. Towing weights are 560kgs to 850kgs.

In the cab it is predictably very similar to a car with DAB, Bluetooth, and USB across all models. The Trend version adds a 4in touchscreen infotainment, overhead and underseat storage areas, electric windows, driver’s seat height adjust and front fog lights. The Limited offers a 6in touchscreen, air conditioning, rear parking sensors, cruise control and 15in alloy wheels. The Sport version is really all about show. Alloy wheels of 16in diameter cringe beneath sports body stripes, with red stitching on the steering wheel and gear knob.

The driving experience is good in all versions, the Fiesta’s excellent steering and front-end tenacity shine through, the gear change is quick, the seats are comfortable even for long periods of time, with both mechanical and wind noise low for motorway work, while the three-cylinder petrol is a hoot to drive hard.

Some of the trim is flimsy and we have heard of some isolated gearbox synchromesh troubles. It might not be the class leader, but here, last in does not mean first out.

5) Any that have towed